Situated on the western shores of Mare Imbrium, south of (and overshadowed by) Sinus Iridum (the bay of rainbows) are a curious collection of mountains, domes to be more precise, called (north to south) Gruithuisen northwest, Gamma and Delta or in the Lunar Dome Atlas, G3, G1 and G2. Seen here they are above center with the two southern domes being rather obvious and the northwestern one being a small peak casting a long thin shadow. This whole region is filled with little gems but often missed because of the grandeur of the Sinus. The northernmost of the three is also the shortest being only 1020m in height with the next one south being 1900m and the southernmost 1740m. They were all formed from eruptions of rather viscous during, appropriately enough, the Imbrium epoch (3.85-3.2 billion years ago). The crater from which they derive their names, Gruithuisen (17km dia.) is south of the small patch of unnamed mountains south of G2. Further south is a nice triangular patch of mountains, also unnamed with a wrinkle ridge Dorsum Bucher to the west (left).

To the east of these mountains is a 26km diameter crater, Delisle and below it Diophantus (19km). Note the curious patch of mountains to the west of Delisle. These are Mons Delisle and possibly the remains of a now buried crater. To the northeast of Delisle is the small crater Heis (15km) and above that C. Herschel (14km) for the astronomer Caroline Herschel. Further west of Delisle are the Montes Harbinger just north of Aristarchus and north of them Dorsum Argand and the small crater Angstrom (10 km), small but not sub-kilometer! 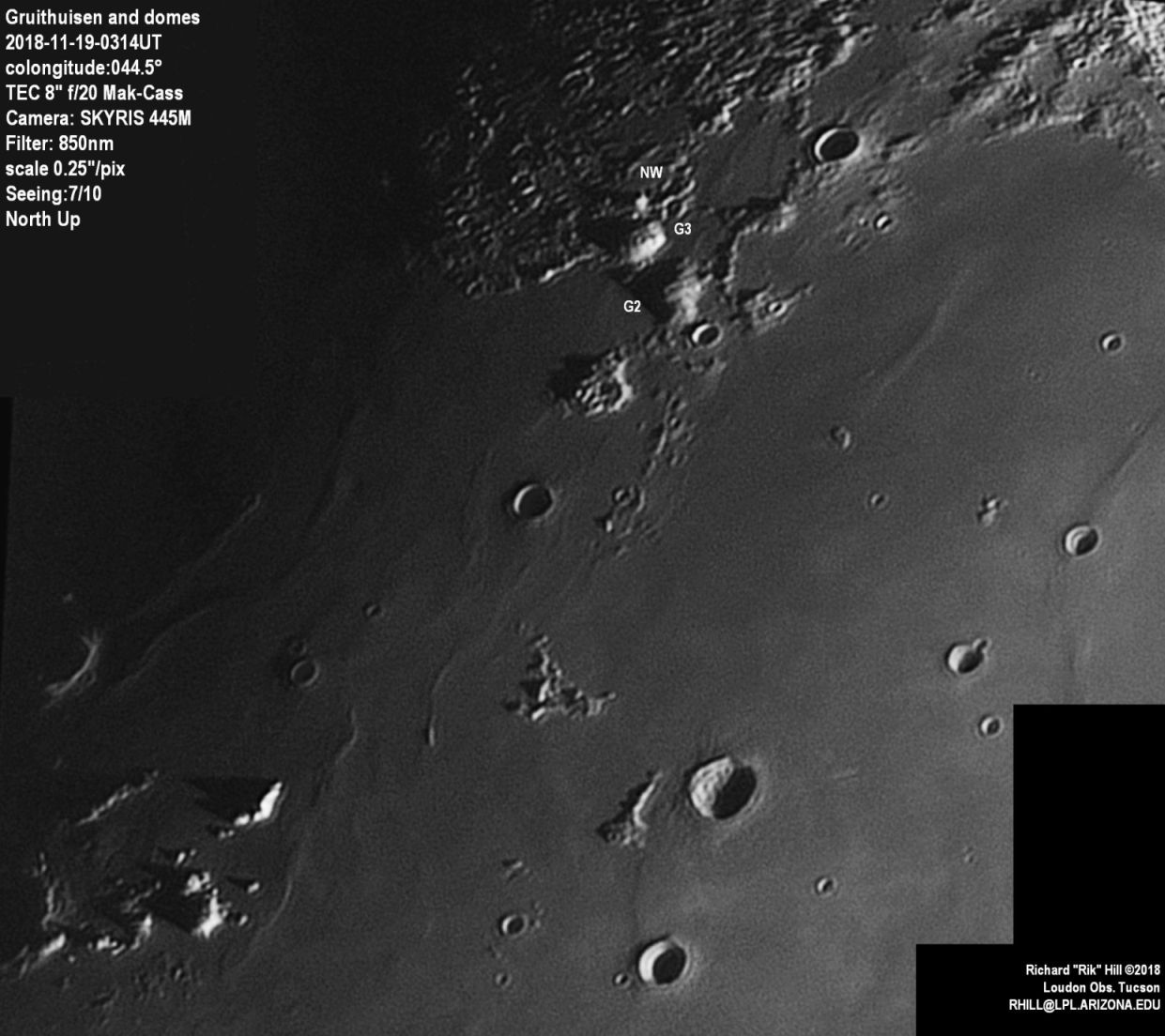