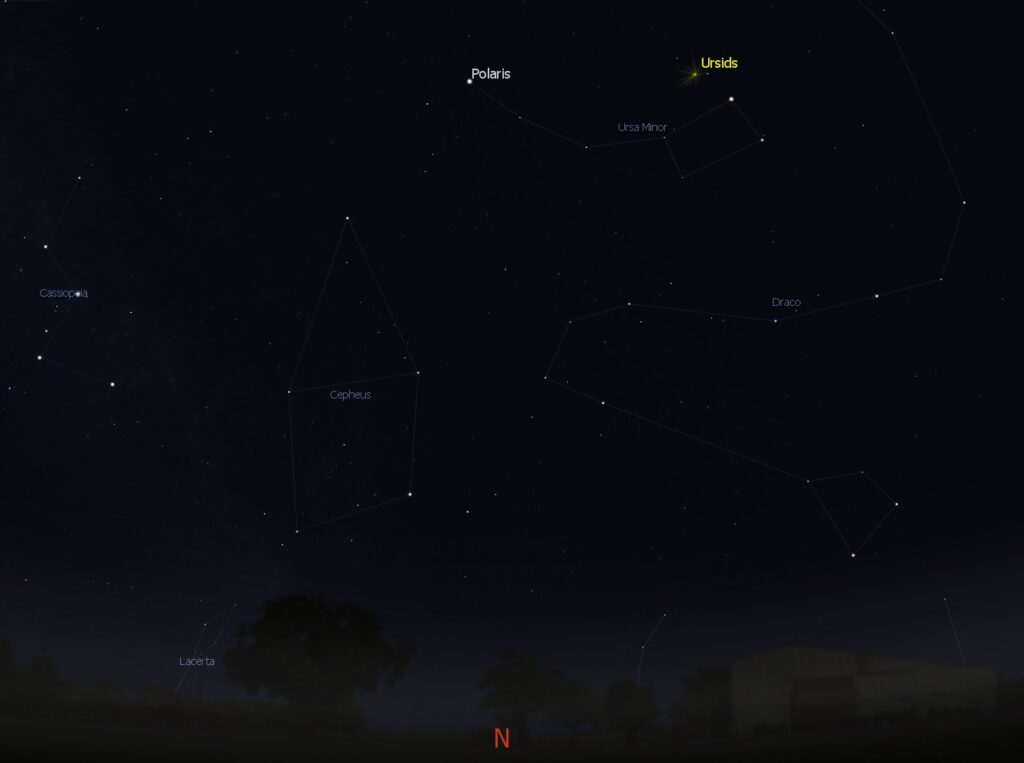 The Ursids meteor shower peaks just before Christmas and has rates much lower than the recent Geminds, making it an often neglected meteor shower. Meteors will tend to appear from the shower’s radiant in the constellation Ursa Minor (the Little Dipper) near Polaris (the North Star).

Observers will typically see 5-10 Ursid meteors per hour during the early morning hours; this shower has had occasional outbursts with rates exceeding 25 per hour. The Moon is a waxing crescent on the 21st, setting shortly after dusk, and will not hinder the viewing of this meteor shower.

This shower can only seen in the northern hemisphere; the orbit of the parent body, comet 8P/Tuttle, is highly inclined to the ecliptic, and the shower’s radiant does not go below the horizon.

Comet 8P/Tuttle is a Jupiter-family comet, and is also classified as a Near-Earth Object (NEO). 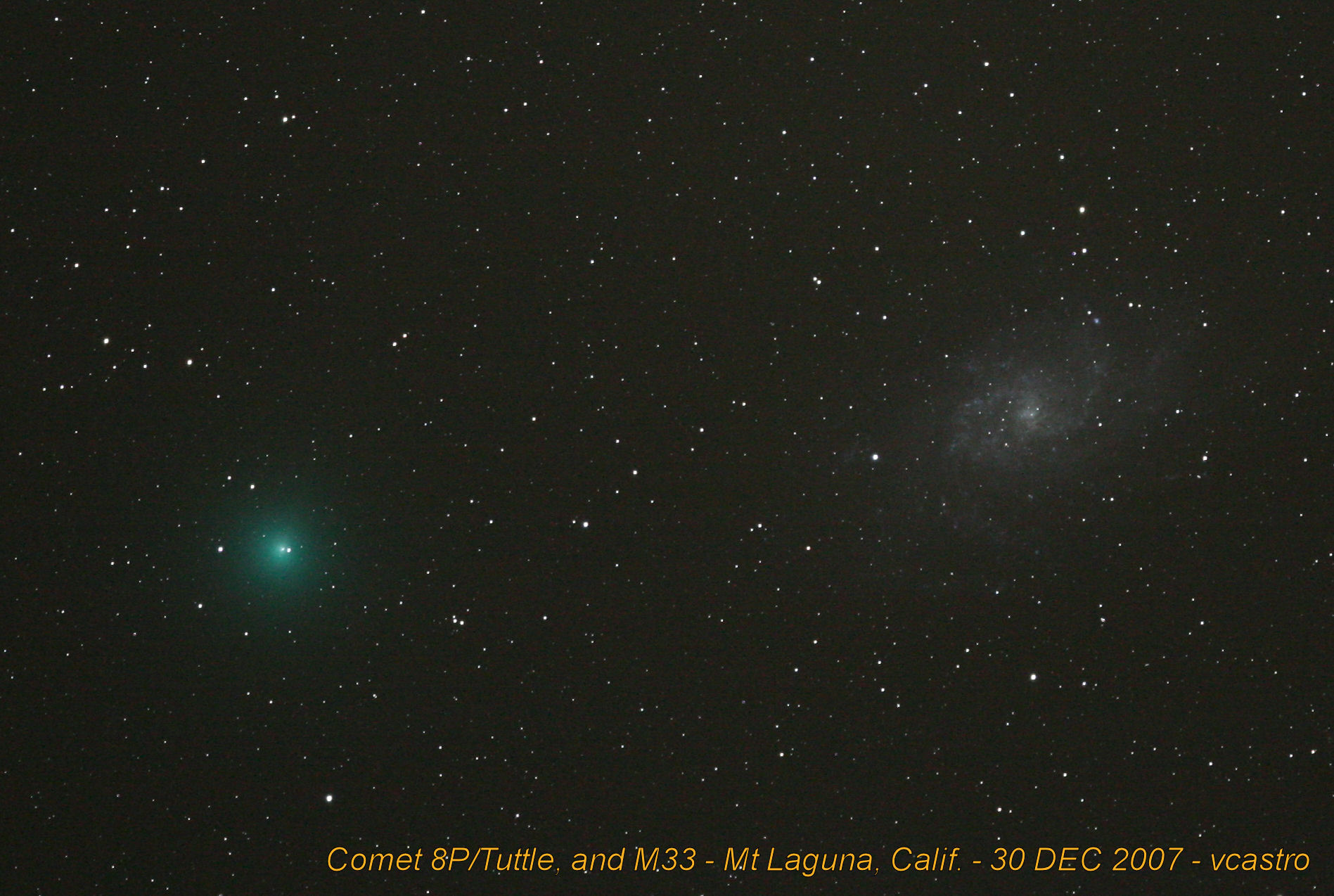