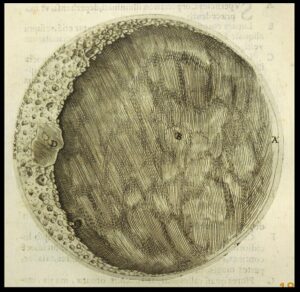 Check out this sketch of the moon (at right).  This is from a 350-year-old very cool book in the Vatican Observatory’s library, which is located off the piazza of the town of Albano, right by Castel Gandolfo in Italy.  I came across this book last March, when my wife and I had the opportunity to spend some time perusing the older books in the library’s collection.  The book is by Francesco Fontana, who was an astronomer who studied law in Naples, Italy.  If you read last week’s post you have probably guessed why it caught my eye—Fontana illustrates a certain curious lunar edge glow that Johann Georg Locher cited as evidence that the moon was a somewhat translucent body.

The title of the book is Novae Coelestium Terrestriumque Rerum Observationes, et fortasse hactenus non vulgatae a Francisco Fontana, specillis a se inventis, et ad summam perfectionem perductis, editae (people liked long titles in those days).  That translates as New Observations of Things Celestial and Terrestial, and perhaps not well-known until now, produced by Francisco Fontana, by instruments made and honed to the summit of perfection by him.  The book was published in 1646 in Naples.

Here are some pages from it (photos by yours truly): 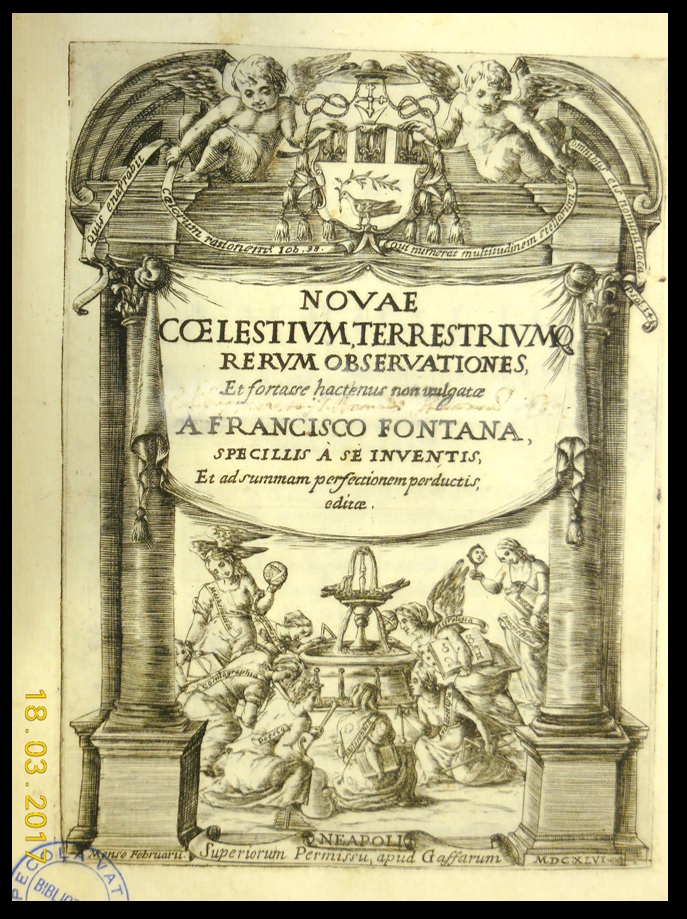 The title page. The stamp at the bottom left is the “Specola Vaticana” (Vatican Observatory) library stamp. 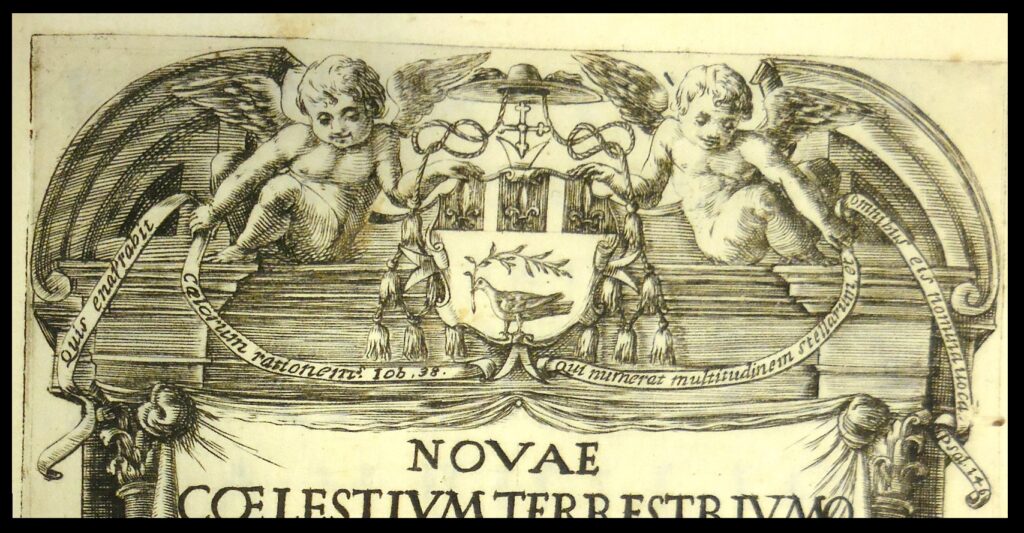 At top of the title page is the emblem of Cardinal Camillo Francesco Maria Pamphili (the book was dedicated to Pamphili; the dove is in the coat of arms of the Pamphili family), and verses from Job 38 (v. 24: ‘By what way … is heat divided’) and Psalm 146 (v. 4: ‘Who telleth the number of the stars: and calleth them all by their names’).  These are Douay-Rheims translations.  What is Psalm 146 as Fontana references it (and as it is in the Douay-Rheims) is numbered Psalm 147 in more modern translations. 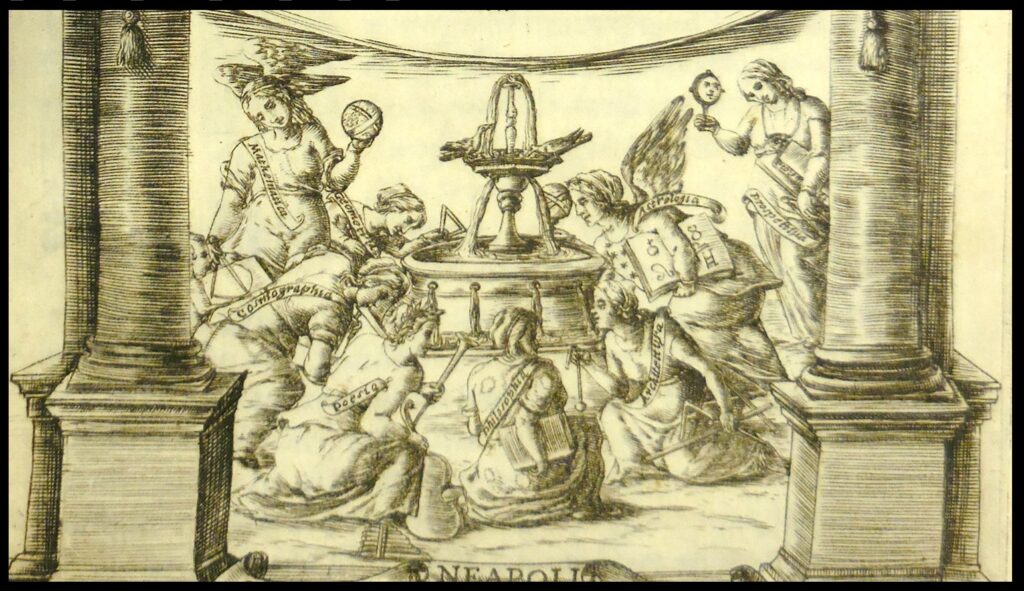 At bottom of the title page are fanciful personifications of mathematics, geometry, cosmography, poetry, philosophy, etc. 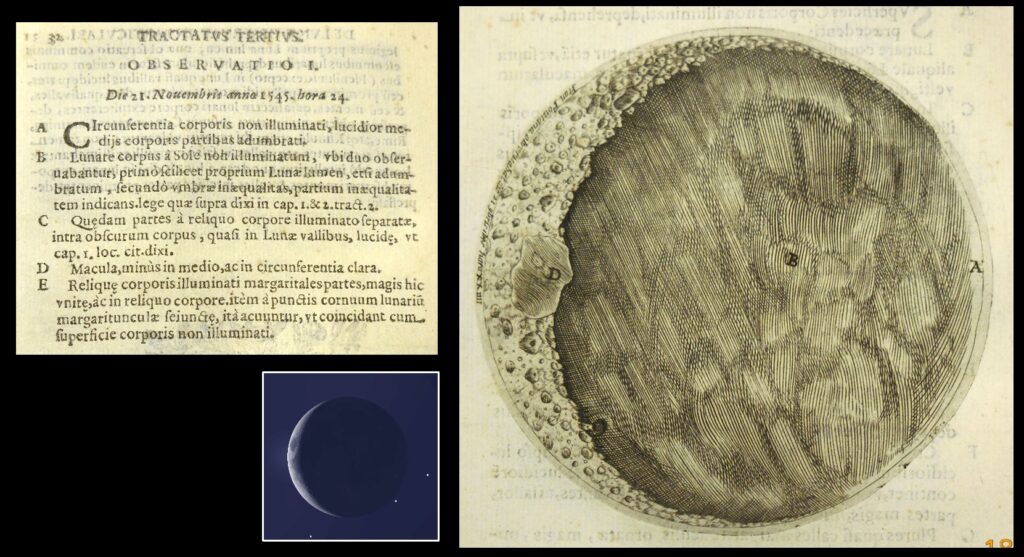 An illustration of the waxing crescent moon by Fontana.  The caption says, “Observation 1: 21 November 1645 [the 1545 date is a typo], around sunset.  A—The circumference of the unilluminated body, brighter than the middle regions of the shadowy body.  B—The lunar body not illuminated by the Sun, where two [things] were observed: the first of course the Moon’s own light, although shadowy; the second the unevenness of the shadow, indicating the unevenness of the regions. Read what I have said previously in chapter 1 and chapter 2 tract 2.  C—certain bright parts separated from the rest of the illuminated body, within the dark body, as though in the valleys of the moon, as I have said chapter 1, as previously cited.  D—A spot, bright on the circumference, and less in the middle.  E—The remaining pearly parts of the illuminated body, here more united, and also in the rest of the body.  Likewise the little pearly hooks separated from the points of the lunar horns, they are sharpened so that they coincide with the edge of the unilluminated body.”  E seems to be missing from the sketch (another typo).  The small inset image is the approximate appearance of the Moon on this date, according to the Stellarium app.  The date of the observation is also written around the edge of the moon.  From page 32 of Novae Coelestium. 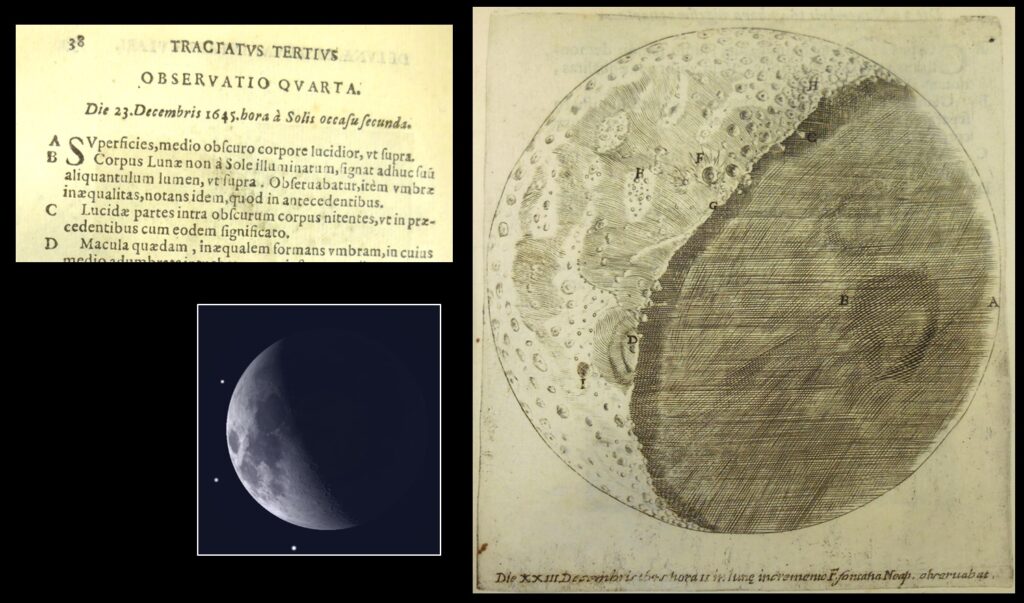 The quarter moon as sketched by Fontana.  The caption reads, in part, “Observation 4: 23 December 1645, two hours after sunset.  A—The edge, brighter than the middle region of the body, as above.  B—The body of the Moon not illuminated by the Sun, expresses still his little bit of light, as above.  Likewise, the unevenness of the shadow was observed, noting the same as in the preceding.  C—Brighter regions gleaming within the dark body…”  The small inset image is the Moon on this date, from Stellarium.  From page 38 of Novae Coelestium. 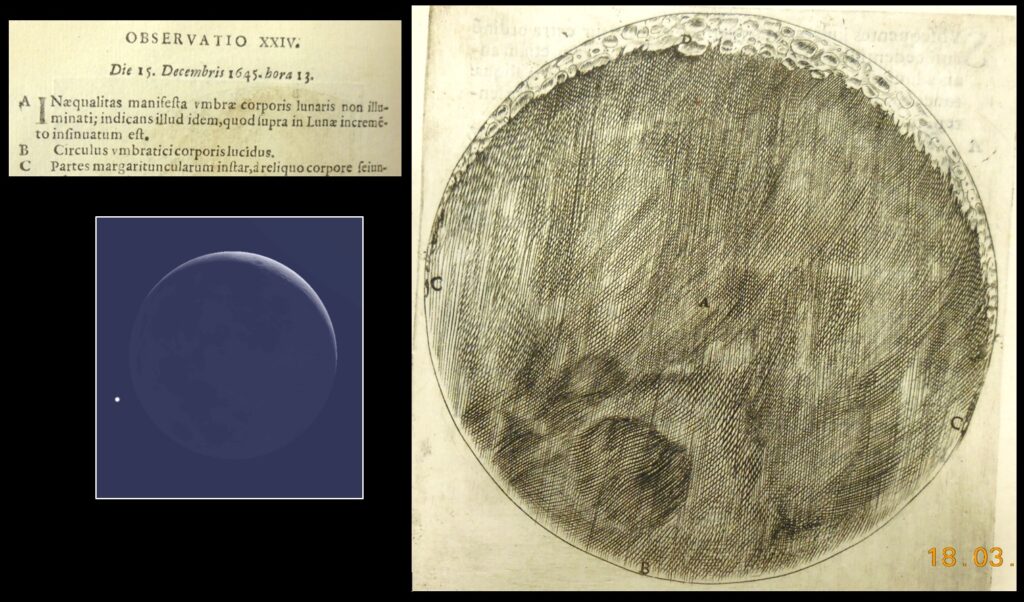 Fontana sketch of a waning crescent moon.  The caption reads, in part “Observation 24: 15 December 1645, before sunrise… B—The bright circle of the shaded body.”  Inset image is from Stellarium for this date.  From page 78 of Novae Coelestium. 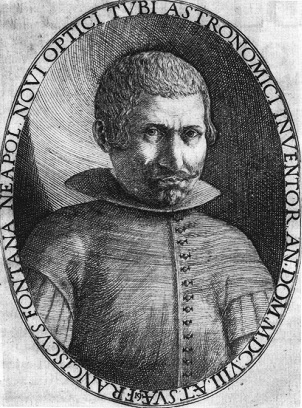 So Francesco Fontana produced one cool-looking book, and (along with Locher, Maria Clara Eimmart, and others) he documented that weird edge glow effect in the Moon.  That’s Fontana, at right.