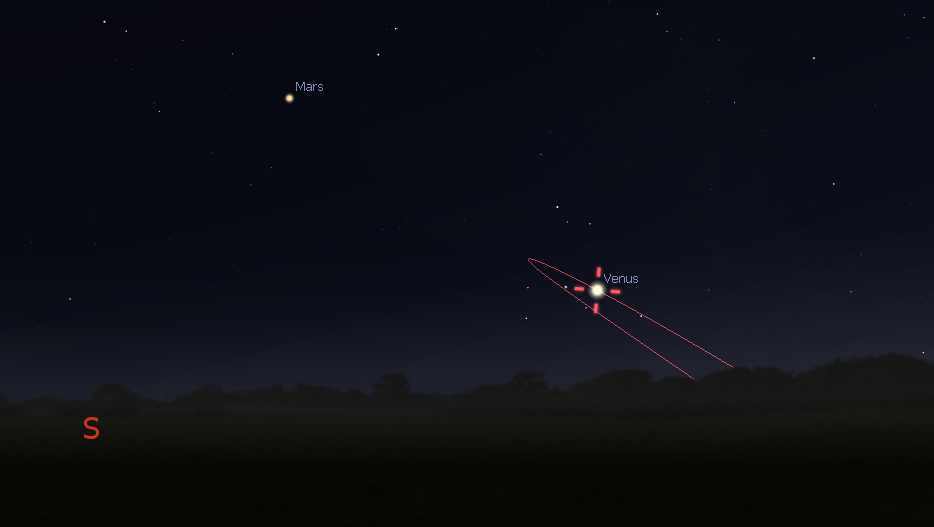 Venus is low and bright, and Mars is high and dim in the southwestern sky after dusk. Jupiter is low in the predawn sky to the southeast.

Venus orbits the Sun faster than the Earth, and as it catches up with the Earth over the next couple months, it will continue to appear higher in the evening sky. In mid-February, Venus will start to appear lower in the sky each evening, until it disappears into the glare of the Sun in early March. Venus will reappear in the predawn sky starting in early April.

Mars will continue to dim as the Earth puts more distance between the two planets, until it disappears into the glare of the Sun in mid-April. Mars will reappear in the predawn skies in late September.

Jupiter will be visible in the predawn skies for several months, slowly moving from east to west; it will appear high in the southern sky in January, and low in the southwestern sky in early April.

Saturn is very low in the western sky at dusk and will soon disappear into the glare of the Sun. Saturn will reappear low in the predawn in mid-January.