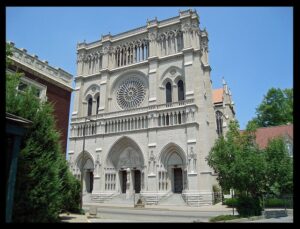 Merry Christmas to all!  To mark my first Christmas as a blogger for the Vatican Observatory I must of course write on The Star of Bethlehem.  Consider these verses, from the second chapter of Matthew, that discuss The Star:

When Jesus was born in Bethlehem of Judea, in the days of King Herod, behold, magi from the east arrived in Jerusalem, saying, “Where is the newborn king of the Jews?  We saw his star at its rising and have come to do him homage.”  When King Herod heard this, he was greatly troubled, and all Jerusalem with him.  Assembling all the chief priests and the scribes of the people, he inquired of them where the Messiah was to be born.  They said to him, “In Bethlehem of Judea, for thus it has been written through the prophet: ‘And you, Bethlehem, land of Judah, are by no means least among the rulers of Judah; since from you shall come a ruler, who is to shepherd my people Israel.’”  Then Herod called the magi secretly and ascertained from them the time of the star’s appearance.  He sent them to Bethlehem and said, “Go and search diligently for the child.  When you have found him, bring me word, that I too may go and do him homage.”  After their audience with the king they set out.  And behold, the star that they had seen at its rising preceded them, until it came and stopped over the place where the child was.  They were overjoyed at seeing the star, and on entering the house they saw the child with Mary his mother.  They prostrated themselves and did him homage.  Then they opened their treasures and offered him gifts of gold, frankincense, and myrrh.  And having been warned in a dream not to return to Herod, they departed for their country by another way.

Now consider the depiction shown below of The Star, from a window in the cathedral in Covington, Kentucky (a spectacular building that is worth a visit if you are in the area; regardless of what churches you have already seen, you will not be disappointed).  Something is wrong with the Covington cathedral’s depiction of The Star.  Indeed, something is wrong with pretty much all depictions of The Star, be they depictions in beautiful church windows or depictions in tacky plastic illuminated front yard crèche sets.

Let us consider one line from Matthew:

Then Herod called the magi secretly and ascertained from them the time of the star’s appearance.

Note that Matthew describes Herod as having to ask the magi when The Star appeared.  The Star that Matthew is telling us about is not an obvious, bright celestial beacon.  Herod would not have to ask when an obvious, bright object appeared in the sky—everyone would know; it would be the talk of Jerusalem.  No, Matthew is telling us about something with which apparently no one among Herod’s people had any familiarity, but yet something that Herod and others could actually see (or Herod would have dismissed the magi as loons).

Of course astro-nerds are all too familiar with things in the sky that we see but no one else does, until we point those things out.

“Look at the difference in color between Arcturus, Vega, and Antares,” we remark.  “I never noticed that stars had colors,” we hear back, “and which one is Vega?”

Thus what is wrong with depictions of The Star is that those depictions always show it as an obvious, bright celestial beacon.

A star, a star,
dancing in the night
With a tail as big as a kite

But of course things that only astro-nerds would ever notice do not make for good art, or good songs. 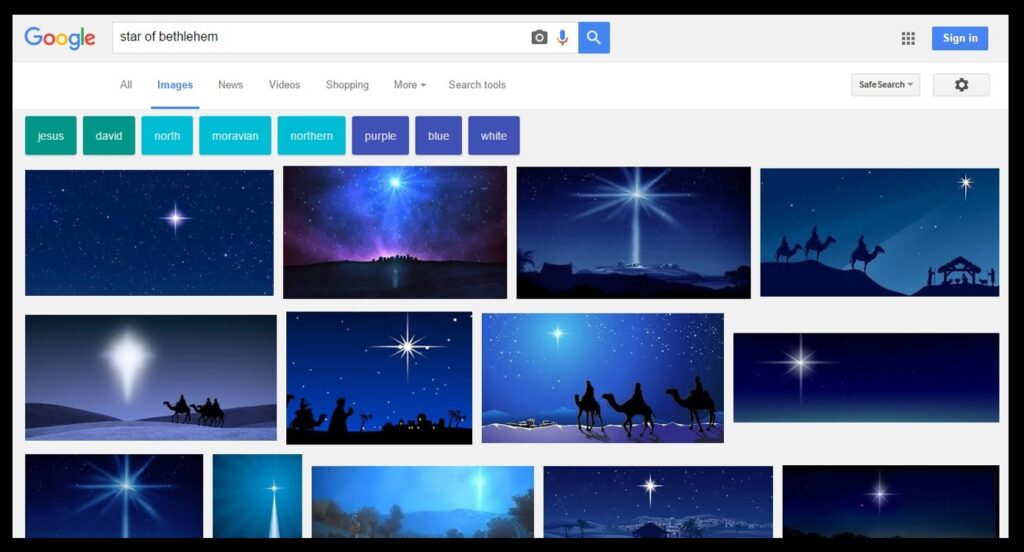 What a Google search on “Star of Bethlehem” returns.