I must say, the announcement by NASA that there is flowing water on the planet Mars didn’t really come as much of a surprise… more like “finally!” But it is a very exciting finding. Emily Lakdawalla of the Planetary society once commented about her hesitation to write yet another story about “more evidence for water on ancient Mars.” When the Curiosity rover started doing science operations, more and more evidence of water having one flowed on the surface of Mars kept being discovered.

And then, the Mars Reconnaissance Orbiter caught sight of streaks on the side of several slopes and crater walls. These streaks disappeared after a time, and then reappeared – seasonally.

In the press release below, a Mars scientist mentions that the BIG advantage to having a probe in orbit around other solar system bodies is that you can observe changes over time. i.e.: Cassini, LandSat, Lunar Reconnaissance Orbiter (LRO), Dawn etc… I could not agree more.

I asked my wife if she mentioned this discovery to her students, she said she didn’t have to – they told her! In each of her classes, at least a few of her students excitedly asked her if she had heard the news. This makes me so happy, you can not even imagine!

Using an imaging spectrometer on MRO, researchers detected signatures of hydrated minerals on slopes where mysterious streaks are seen on the Red Planet. These darkish streaks appear to ebb and flow over time. They darken and appear to flow down steep slopes during warm seasons, and then fade in cooler seasons. They appear in several locations on Mars when temperatures are above minus 10 degrees Fahrenheit (minus 23 Celsius), and disappear at colder times.

“Our quest on Mars has been to ‘follow the water,’ in our search for life in the universe, and now we have convincing science that validates what we’ve long suspected,” said John Grunsfeld, astronaut and associate administrator of NASA’s Science Mission Directorate in Washington. “This is a significant development, as it appears to confirm that water — albeit briny — is flowing today on the surface of Mars.”

These downhill flows, known as recurring slope lineae (RSL), often have been described as possibly related to liquid water. The new findings of hydrated salts on the slopes point to what that relationship may be to these dark features. The hydrated salts would lower the freezing point of a liquid brine, just as salt on roads here on Earth causes ice and snow to melt more rapidly. Scientists say it’s likely a shallow subsurface flow, with enough water wicking to the surface to explain the darkening.

“We found the hydrated salts only when the seasonal features were widest, which suggests that either the dark streaks themselves or a process that forms them is the source of the hydration. In either case, the detection of hydrated salts on these slopes means that water plays a vital role in the formation of these streaks,” said Lujendra Ojha of the Georgia Institute of Technology (Georgia Tech) in Atlanta, lead author of a report on these findings published Sept. 28 by Nature Geoscience.

The spectrometer observations show signatures of hydrated salts at multiple RSL locations, but only when the dark features were relatively wide. When the researchers looked at the same locations and RSL weren’t as extensive, they detected no hydrated salt.

Ojha and his co-authors interpret the spectral signatures as caused by hydrated minerals called perchlorates. The hydrated salts most consistent with the chemical signatures are likely a mixture of magnesium perchlorate, magnesium chlorate and sodium perchlorate. Some perchlorates have been shown to keep liquids from freezing even when conditions are as cold as minus 94 degrees Fahrenheit (minus 70 Celsius). On Earth, naturally produced perchlorates are concentrated in deserts, and some types of perchlorates can be used as rocket propellant.

Perchlorates have previously been seen on Mars. NASA’s Phoenix lander and Curiosity rover both found them in the planet’s soil, and some scientists believe that the Viking missions in the 1970s measured signatures of these salts. However, this study of RSL detected perchlorates, now in hydrated form, in different areas than those explored by the landers. This also is the first time perchlorates have been identified from orbit.

MRO has been examining Mars since 2006 with its six science instruments.

“The ability of MRO to observe for multiple Mars years with a payload able to see the fine detail of these features has enabled findings such as these: first identifying the puzzling seasonal streaks and now making a big step towards explaining what they are,” said Rich Zurek, MRO project scientist at NASA’s Jet Propulsion Laboratory in Pasadena, California.

For Ojha, the new findings are more proof that the mysterious lines he first saw darkening Martian slopes five years ago are, indeed, present-day water.

“When most people talk about water on Mars, they’re usually talking about ancient water or frozen water,” he said. “Now we know there’s more to the story. This is the first spectral detection that unambiguously supports our liquid water-formation hypotheses for RSL.”

The discovery is the latest of many breakthroughs by NASA’s Mars missions. 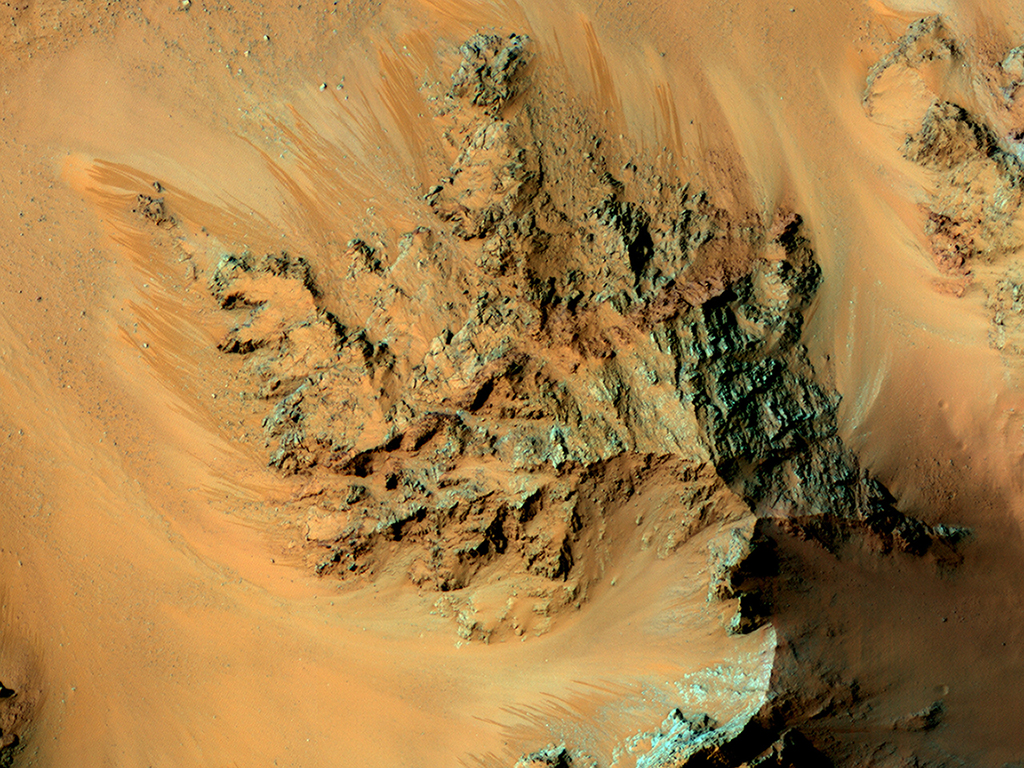 “It took multiple spacecraft over several years to solve this mystery, and now we know there is liquid water on the surface of this cold, desert planet,” said Michael Meyer, lead scientist for NASA’s Mars Exploration Program at the agency’s headquarters in Washington. “It seems that the more we study Mars, the more we learn how life could be supported and where there are resources to support life in the future.”

There are eight co-authors of the Nature Geoscience paper, including Mary Beth Wilhelm at NASA’s Ames Research Center in Moffett Field, California and Georgia Tech; CRISM Principal Investigator Scott Murchie of the Johns Hopkins University Applied Physics Laboratory in Laurel, Maryland; and HiRISE Principal Investigator Alfred McEwen of the University of Arizona Lunar and Planetary Laboratory in Tucson, Arizona. Others are at Georgia Tech, the Southwest Research Institute in Boulder, Colorado, and Laboratoire de Planétologie et Géodynamique in Nantes, France.

The agency’s Jet Propulsion Laboratory in Pasadena, California, a division of the California Institute of Technology, manages the Mars Reconnaissance Orbiter Project for NASA’s Science Mission Directorate, Washington. Lockheed Martin built the orbiter and collaborates with JPL to operate it. 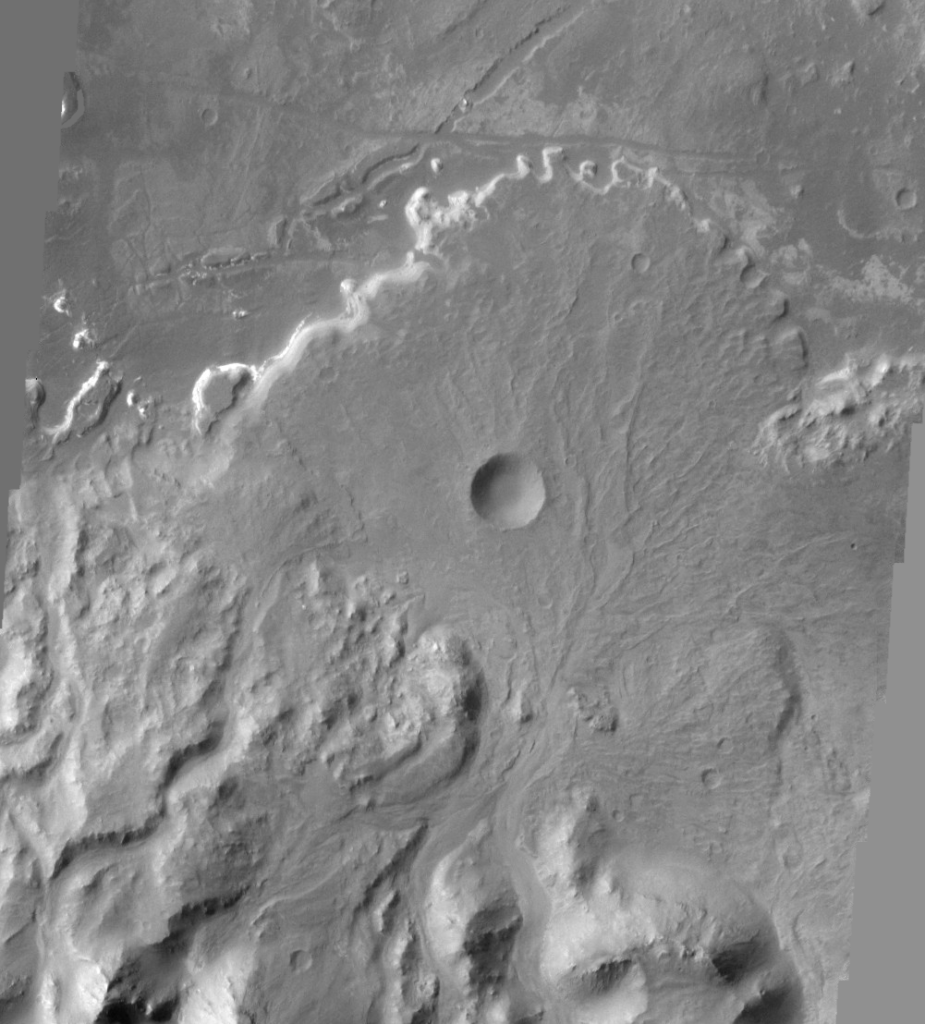