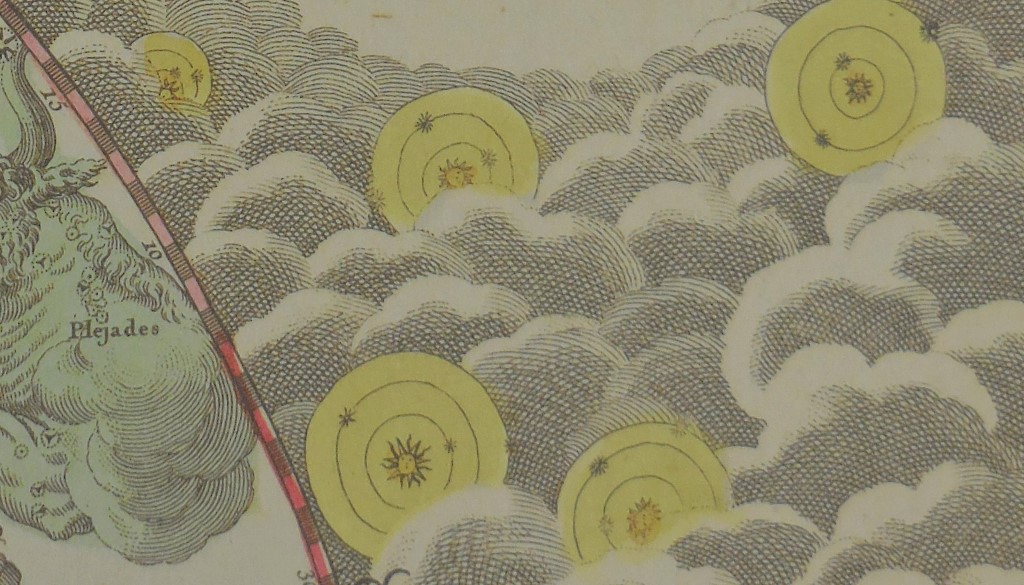 Has science ever really supported the idea that the universe is full of other Earth-like worlds? Maybe we human beings just want science to support that idea, whether it does or not. Let me introduce you to three figures from the history of astronomy: Johannes Kepler, Jacques Cassini, and William Whewell.

You have probably heard a story from the history of astronomy that goes something like this: With his revolutionary idea that the Earth circles the sun, Nicolaus Copernicus in 1543 showed us that the Earth is just an ordinary planet circling an ordinary star, etc. etc. etc. You have probably heard that Giordano Bruno said that the stars were other suns, circled by other Earths. You have probably also heard that he was a “martyr for science” because he was burned at the stake in 1600, supposedly for saying stars were other suns, at least in part.

But Johannes Kepler, who was certainly a follower of Copernicus, was adamant that science showed that Bruno was wrong. In the years following Bruno’s death, Kepler argued that the most basic observations, measurements, and calculations showed that the stars cannot be suns. You can just look at the stars and quickly determine that they are both too dim and too large to be suns. Science thus shows, said Kepler, that the sun—and thus its planets, including Earth—are unique.

A century after Kepler, Jacques Cassini of the Paris observatory agreed: science showed the sun to be unique. Cassini (son of Giovanni Domenico Cassini, famous for his observations of Saturn) made careful telescopic observations of Sirius, measuring both its apparent size as seen through a telescope and its distance. He came to the same conclusions about the universe that Kepler did: stars were not suns—they were huge (and dim).

Cassini’s observations were widely accepted. But remarkably, they were often cited to support the exact opposite of what he concluded. Although his observations showed that stars could not be suns, people misread what he said, and talked about the stars being suns anyway.

Kepler, Cassini, and everyone else in the 17th and 18th centuries had a flawed understanding of the nature of light, and thus did not understand that the apparent sizes of the stars are illusions, and too large (whereas, and this is tricky business, the apparent size of the sun is not an illusion!).  But since no one knew about that flaw, Kepler and Cassini’s scientific arguments seemed solid. Yet ideas about other suns and other Earths remained popular anyway. People just liked the idea of other worlds it seems—forget the science! You can find illustrations from those days showing how every star is a sun, circled by planets—worlds upon worlds, Earths upon Earths. Even the sun was assumed to be the abode of intelligent beings.

The high-water mark of such thinking might well have been Thomas Dick in the early 19th century. Extrapolating from the population and size of the Earth, he estimated the population of the solar system to be 22 trillion intelligent beings, scattered across all the solar systems’ planets (and asteroids). He estimated the population of the universe to be in the trillions of trillions! All this with no scientific evidence at all that stars were suns—and with serious evidence from Kepler and Cassini that they were not.

Then, in the mid-19th century, William Whewell in England brought science to bear in a different way against the existence of myriad other Earths. He argued that in our solar system the differing distances of planets from the sun, and their differing masses and sizes, meant that the other planets must be very different from Earth. Whereas Dick treated every square mile of real estate in the solar system as being just like Earth, Whewell pointed out that science indicated that the planets were diverse.

Somehow that diversity never dawned on people prior to Whewell. John Herschel, one of the most prominent astronomers of the time, wrote to Whewell, noting that, even though he himself had often compared the density of Saturn (for example) to cork, “it never did occur to me to draw the conclusion that ergo the surface of Saturn must be of extreme tenuity”. Nor, Herschel said, did it ever occur to him that Jupiter might not be a solid body. He had always assumed the other solar system planets would be Earth-like.

It would seem that from Kepler in the early 17th century through Whewell in the mid 19th century, people assumed the universe would be full of other Earths, like Bruno said, when they had no scientific reason to do so, and when, in fact, the available science said otherwise.

Is that not fascinating? And is it not a warning to us?

It is a warning to us because, arguably, science has never supported Bruno—not prior to Whewell, and not since Whewell. Advances in the science of light and optics eventually showed that Kepler and Cassini were wrong about stars all having to be huge and dim—but not that Bruno was right. In the 19th century science started gathering evidence that the sun is a star, yes. But not all stars are suns. Indeed, science has since shown that there is great diversity in the stars—a few are far larger than the sun (and powerful, not dim); far more are much smaller and dimmer than the sun. Likewise, science has shown that Whewell was right; there is great diversity in the planets of the solar system—no solid surface on Saturn (or Jupiter). We have discovered planets circling other stars, and we have found great diversity in those. No doubt Thomas Dick would be shocked to learn that science tells us that most stars are not suns, most planetary systems are not solar systems, and most planets are not Earths; no doubt William Whewell would not be.

First, science tells us that the history of Earth is long, and mostly lacking in complex life, let alone intelligent life. Thus, even Earth has mostly been not “an Earth”—not an inhabited world of the sort someone like Dick would have expected.

Then there is SETI (the Search for Extraterrestrial Intelligence). It has been going on for six decades with no luck. I personally have been part of that no-luck story, as once upon a time I had my college in the top 1% of participants of the SETI@Home project!

Note well: I make no absolute statements here. The universe is big. I would never argue that there are no other Earths out there—no other pleasant worlds, populated by intelligent creatures.

But we sure spend a lot of time talking about other Earths (“Was Mars once more like Earth?”) when the fact is that science has regularly shot down our Bruno-like assumptions about the universe. Might we be behaving like those people in Kepler, Cassini, and Whewell’s times, who were so enamored with the idea of other Earths that they imagined the universe to be full of them, despite the science that was right before their eyes?

Let’s consider celebrating Kepler, Cassini, and Whewell. They all followed what science told them about the universe. For that reason, they imagined a universe in which the Earth is a pretty unusual place. So far science is still saying that they were right.