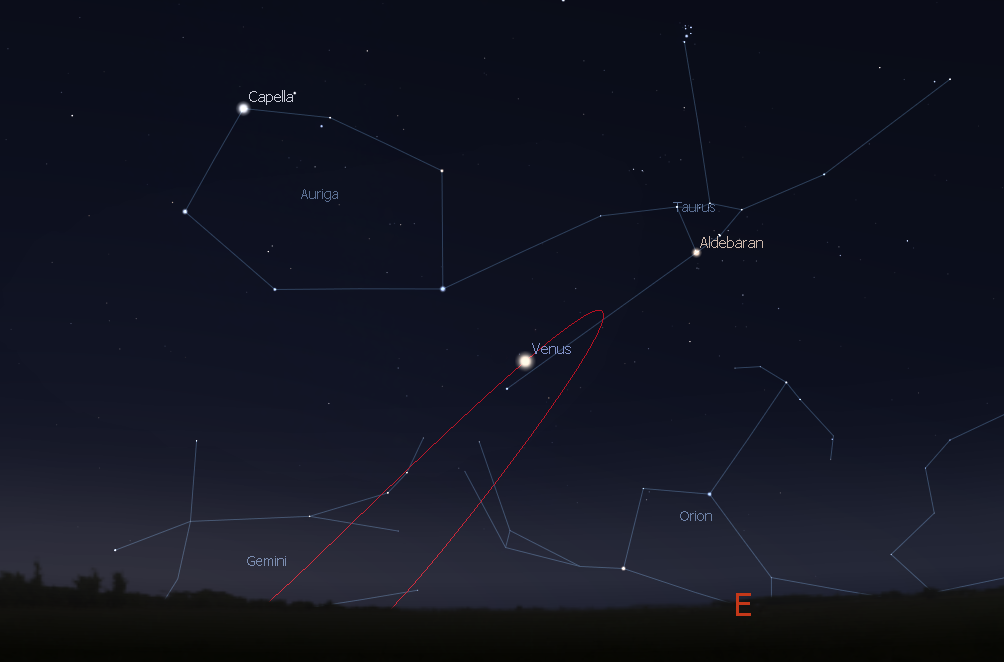 A wafer-thin waxing crescent Moon will be visible for a short time after sunset in the west on July 25th.

Jupiter is visible low in the southwestern sky, and will be a little lower in the sky each evening after sunset. Saturn is high in the southern sky, and is a great target for telescope observers. 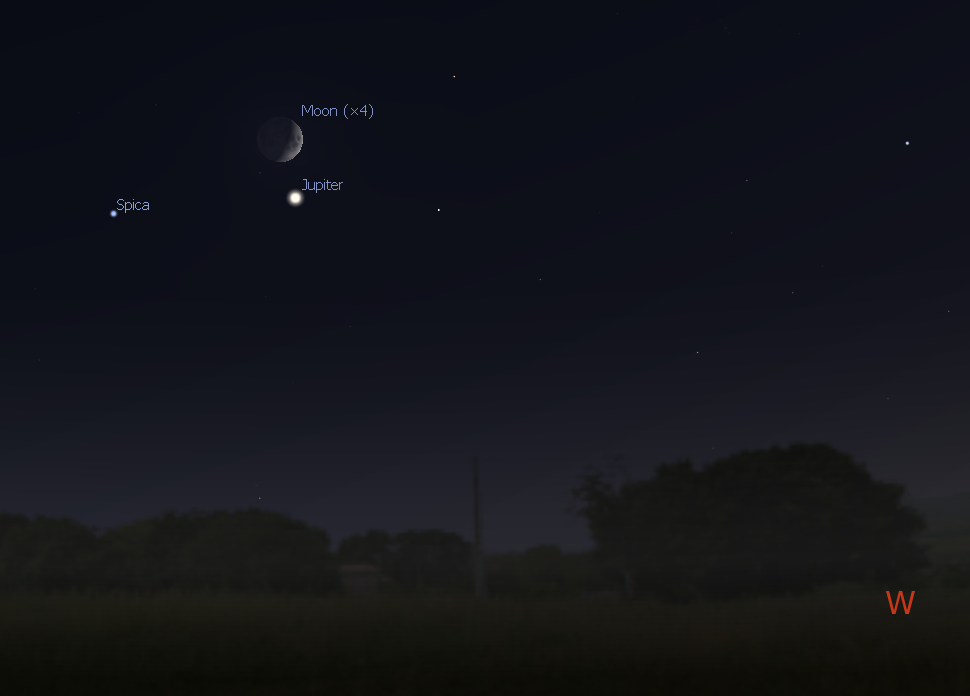 Jupiter will be 3° South of the Moon – July 28th After Sunset. Image credit: Stellarium / Bob Trembley

Jupiter will be a scant 3° South of the Moon after sunset on July 28th. 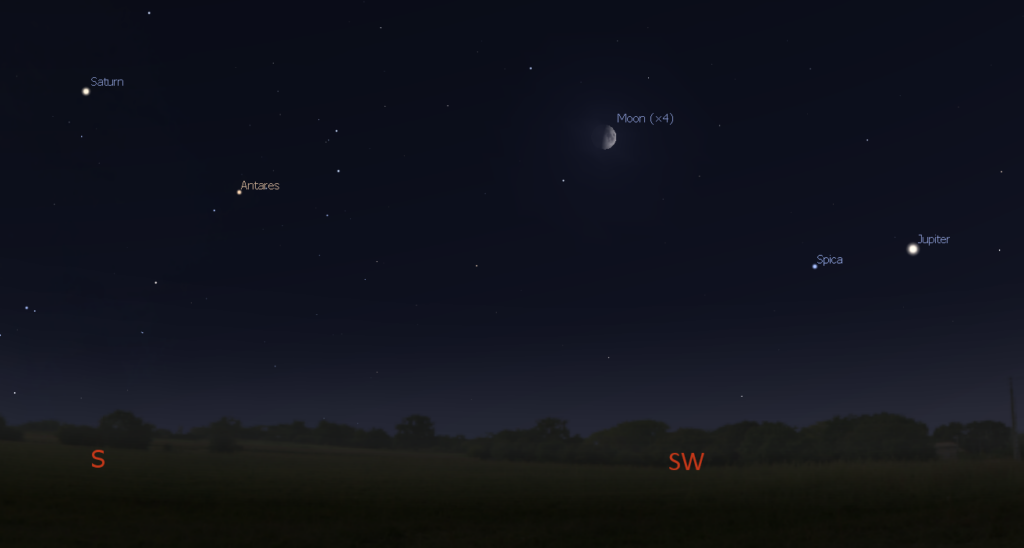 The Moon will be at First Quarter on the evening of July 30th, surrounded by Jupiter and Saturn, and the Southern Delta Aquariids Meteor Shower peaks on July 29-30th; this would be a great evening to host an astronomy outreach event! 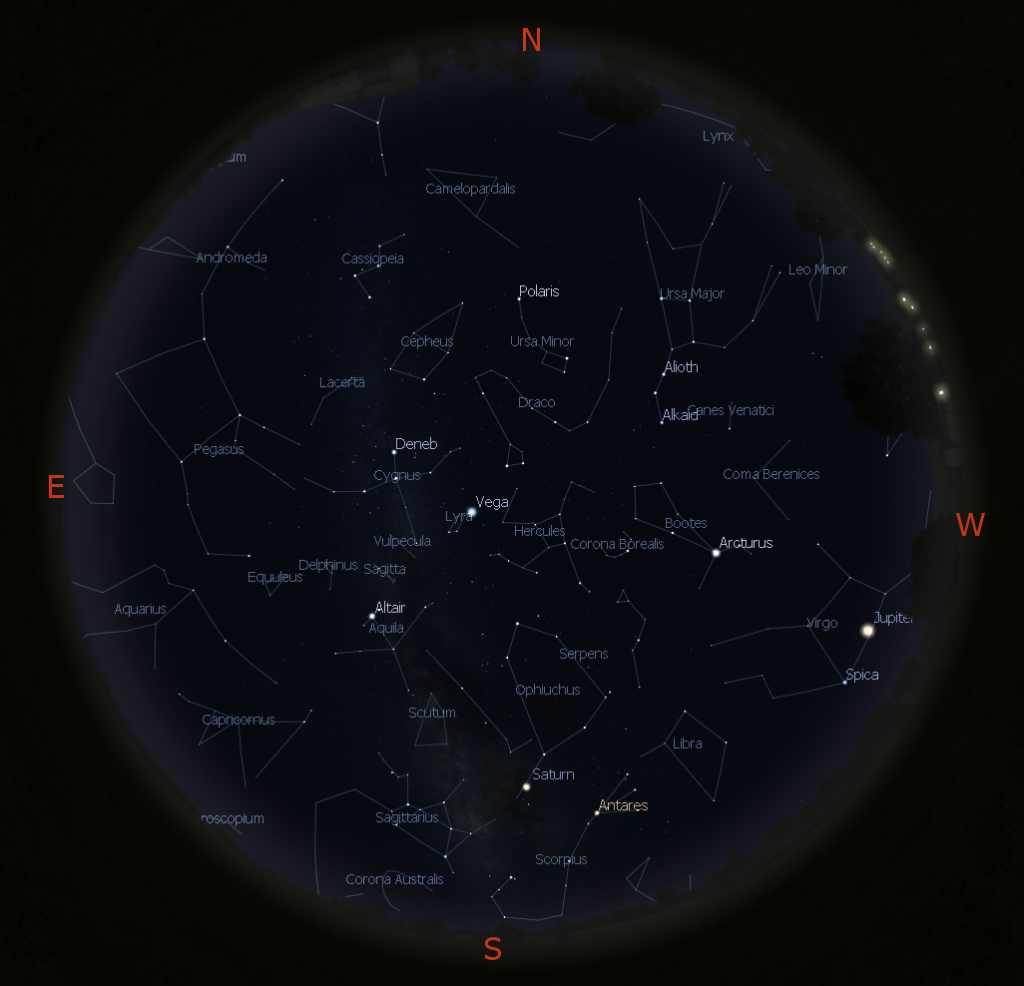