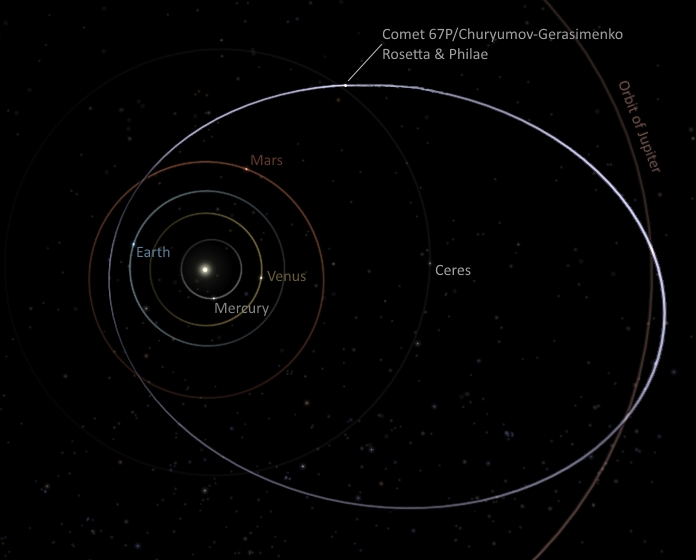 Position of planets and comet 67P/Churyumov-Gerasimenko as of 13 Nov. 2014

“Where IS the Rosetta and the comet right now?”

My wife asked me this before heading off to teach Science, so I this cobbled this together from screen shots from the free NASA Eyes on the Solar System app, and a little editing.

Comet 67/P and the Rosetta spacecraft are currently in the middle of the main asteroid belt, heading towards the inner solar system.

Comet 67P’s orbital period is 6.44 years. It’s perihelion is between the orbits of Mars and Earth, it’s aphelion is out just past the orbit of Jupiter.

The Rosetta mission will end in December of 2015, when the comet has rounded the sun, and is heading out of the inner solar system.