There is a great new entry in the Vatican Observatory Faith & Science pages (or so say I, but since I am the editor of that resource, I am rather biased). The entry is called “The Qibla Debate”.

“Faith and science” discussions tend to focus on a certain selection of very familiar materials, such as Darwin and evolution and human origins, or the Galileo story, or maybe Giordano Bruno. “The Qibla Debate” features a faith and science discussion that revolves around material with which most people in non-Muslim cultures will be unfamiliar: the direction of Mecca.

What is the direction of Mecca from where you are right now? Muslims are enjoined to face Mecca during daily prayers. Mosques should be oriented toward Mecca also. So what direction is that, and how do you know?

Early mosques were built before the Islamic world had developed much science. Their directions were not determined scientifically. And, as science developed in the Muslim world, some of those mosques were found not to be facing the right direction. But what if those misaligned mosques had been erected by a religious leader of great authority? Do calculations overrule a venerable figure? Here was a real religion-science conflict. How the conflict was addressed is a very interesting story. And it is a story that you, O Reader, probably have never heard before. 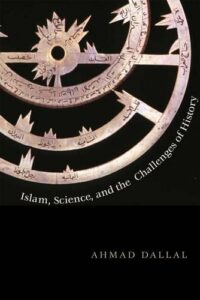 “The Qibla Debate” is an excerpt, edited for educational use, taken from Ahmad Dallal’s 2010 book Islam, Science, and the Challenge of History (Yale University Press). The debate touches on familiar topics. Accessibility of knowledge is one example: is the “average Joe” supposed to understand how to calculate direction astronomically? Another is education: builders of mosques are not just “average Joes”, after all, and if craftsmen who erect buildings have to know many things in order to do their work, can they not be expected to know how to use astronomy to calculate the direction to Mecca? Another example is the idea of truth and the “right answer”: there is only one correct direction to Mecca from a given location; the direction is not a matter of interpretation or personal judgement, so does this mean that science has the final word in a matter of religion? And if so, is that acceptable?

These topics may be familiar, but the context of the qibla debate puts a fresh face on them. Here is religion and science in what to most readers of Sacred Space Astronomy will be a whole new arena.

Click here to check out “The Qibla Debate” on the Vatican Observatory Faith & Science pages!

There is also an entry for Islam, Science, and the Challenge of History. Click here for it.