If there is one thing that unites all people from Wisconsin it would be sharing strong opinions about the weather. This past year, the Badger state has had a rather turbulent 2019. As you may recall in previous posts, February was literally a winter for the record books. The city of Eau Claire, where I live, received 53.7 inches of snow, shattering the old February record or 28.2 inches. Though the summer temperatures have been staying within the annual average of highs and lows, the winter months for 2019 were strikingly below normal. Here is a graph from the Wisconsin State Climatology Office to display our 2019 temperatures.

Though the summer temperatures have been within normal parameters for the city of Eau Claire, the precipitation level is way above normal. This has led to higher river levels, atypical flood patterns, and dangerous river conditions for tourists and those who enjoy fishing. In light of these odd weather patterns, I’m sensing a change in attitude about climate change, summarized in the sentiment I hear from farmers, “Something is changing in the weather, Father, and it isn’t good.”

Now, as Chris Graney and I have mentioned in the past, you can’t jump to conclusions about climate change based on one, small data set. Climate science is a complex tapestry of data that is still being developed and understood. The reason I bring up these numbers is to not only share my “genetic disposition” as a Wisconsinite to complain about the weather, but to observe that I do sense a slowly growing concern around the question, “Are these weather changes natural or something we are doing to ourselves?”

I’ll do a deeper plunge into this question in the weeks to come. For now, I would like to share some links to environmental disasters that were sparked by choices humans have made. My purpose for sharing this is to help us see that human decisions do have a major impact on the climate we live in. Let all of us embrace the vision of Pope Francis’ Integral Ecology that, as part of God’s creation, decisions that are made not only impact us on a personal level, but the broader environment as a whole. Let us explore what it means to embrace a practical ethic of ecology that protects not only the health of global ecosystems, but can also be seen as an act of loving our neighbor.

The market-driven agricultural practices of U.S. farmers — plowing the virgin topsoil of the Great Plains and monoculture farming — led to one of the most disastrous ecological events in the nation’s history. Between 1930 and 1940, drought conditions and depleted farmland caused severe dust storms, some reaching 10,000 feet in the sky and called “Black Blizzards.” An estimated 2.5 million people were displaced and the catastrophe compounded the Great Depression, creating what some have called the country’s “most hard time.” (https://www.pri.org/stories/2010-05-03/10-worst-man-made-environmental-disasters) 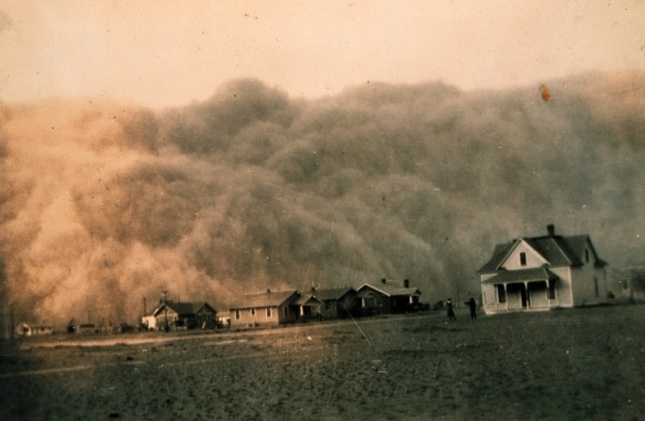 The Rainbow Herbicides showered over the jungles of Southeast Asia included Agent Blue, Purple and Pink, but Orange accounted for more than half of the nearly 20 million gallons of deadly chemicals used by the U.S. military between 1961 and 1971. The cost to human life was horrifying and the large-scale destruction of the region’s environment led to the coinage of the word “ecocide.” (https://www.pri.org/stories/2010-05-03/10-worst-man-made-environmental-disasters) 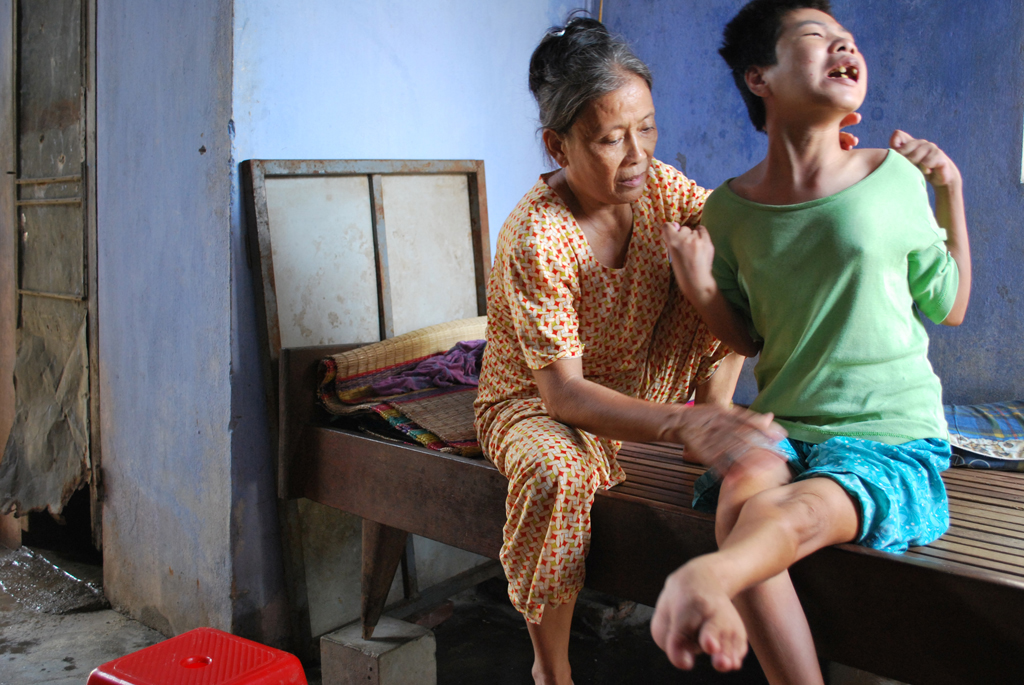 First there was Windscale in 1957, then Three Mile Island in 1979, but when a nuclear reactor at the Chernobyl Nuclear Plant in Ukraine had a meltdown in 1986, it became the worst nuclear power plant disaster in history. The United Nation’s Chernobyl Forum Report estimated the total number of deaths from cancer caused by the radiation exposure to be 4,000. (https://www.pri.org/stories/2010-05-03/10-worst-man-made-environmental-disasters) 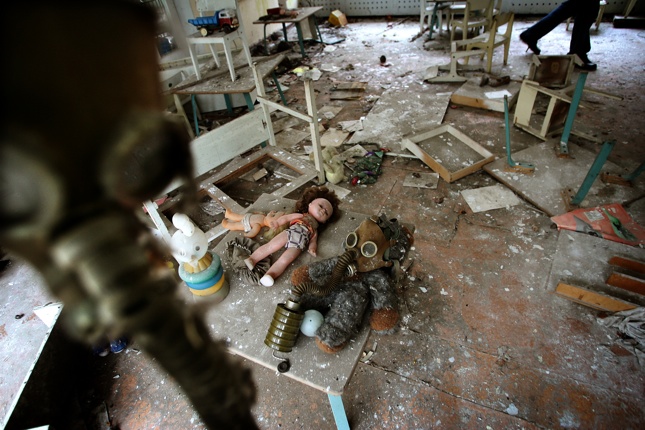 For years, residents of Minamata, a town located on Kyushu (Japan’s most southwesterly island), had observed odd behavior among animals, particularly household cats. The felines would suddenly convulse and sometimes leap into the sea to their deaths — townspeople referred to the behavior as “cat dancing disease.” In 1956, the first human patient of what soon became known as Minamata disease was identified. Symptoms included convulsions, slurred speech, loss of motor functions and uncontrollable limb movements. Three years later, an investigation concluded that the affliction was a result of industrial poisoning of Minamata Bay by the Chisso Corp., which had long been one of the port town’s biggest employers. As a result of wastewater pollution by the plastic manufacturer, large amounts of mercury and other heavy metals found their way into the fish and shellfish that comprised a large part of the local diet. Thousands of residents have slowly suffered over the decades and died from the disease. It has taken as long for some to receive their due compensation from the corporation. (http://content.time.com/time/specials/packages/article/0,28804,1986457_1986501_1986450,00.html) 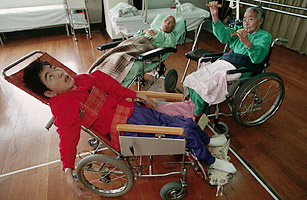 Around midnight on Dec. 2, 1984, an accident at a Union Carbide pesticide plant in Bhopal, India, resulted in 45 tons of poisonous methyl isocyanate escaping from the facility. Thousands died within hours. More followed over subsequent months — about 15,000 in all. In total, about half a million people were affected in some way. Many of those who survived suffered blindness, organ failure and other awful bodily malfunctions. A shockingly high number of children in the area have been born with all manner of birth defects. In 1989, Union Carbide paid out about half a billion dollars to victims, an amount the afflicted say is not nearly enough to deal with the decades-long consequences. Bhopal remains the worst industrial disaster ever. (http://content.time.com/time/specials/packages/article/0,28804,1986457_1986501_1986445,00.html) 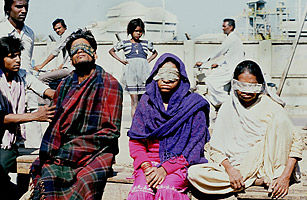 The Gates of Hell

In 1971, Turkmenistan was a part of the Soviet Union. Not far from the village of Derweze (in Russian, it is Darvaza), a Soviet drilling rig hit an underground cavern, which subsequently collapsed and formed a deep pit, almost a hundred meters across. It was spewing toxic gases.

In order to contain the hazard, the gases were set alight, with the expectation that the gas would burn off in a few days. A few decades later, though, the pit is still on fire. (https://earthobservatory.nasa.gov/blogs/earthmatters/2011/09/14/gates-of-hell/) 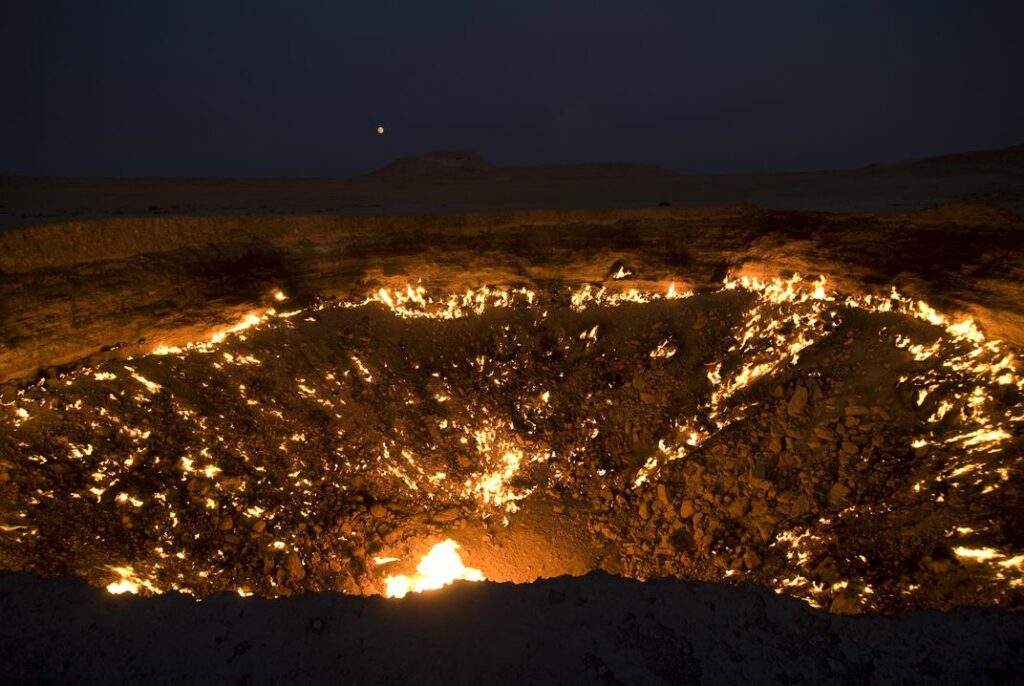 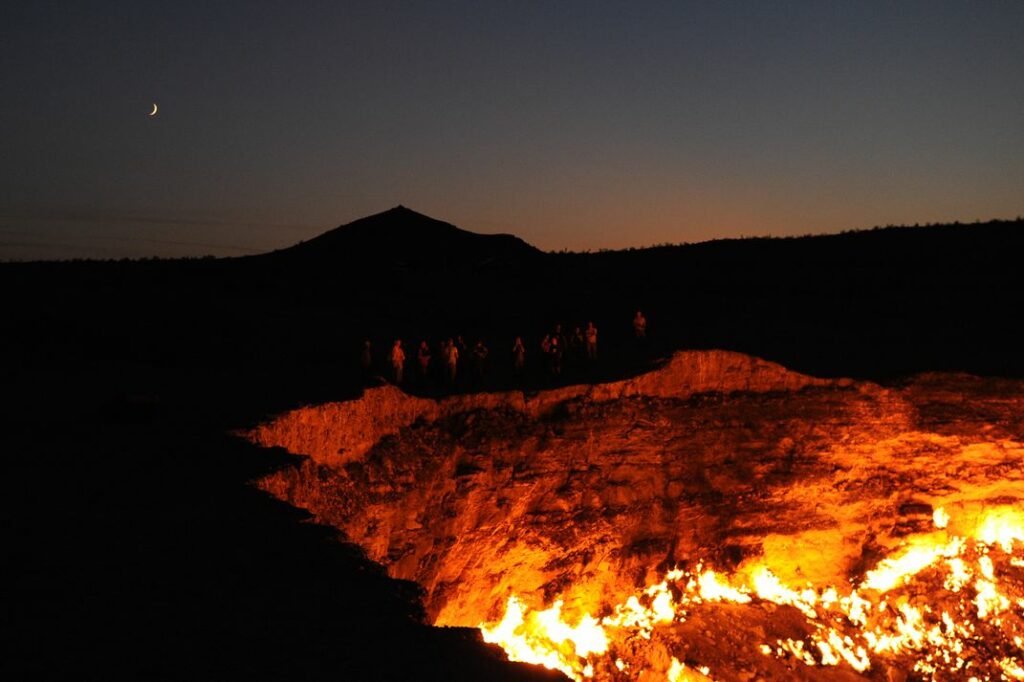