Rare books from astronomy’s history are a treasure, and one small trove of such treasure can be found at the University of Louisville.  In the basement of its William F. Ekstrom library are works by Copernicus, Galileo, Kepler, Newton, and others.  You can see them if you want—no charge!  These remarkable books are there thanks to the work of a remarkable man and his family, and they are under the care of a remarkable woman. 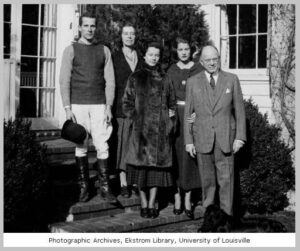 William Marshall Bullitt of Louisville, Kentucky, with his wife and family, 1935.  Bullitt is at right, Nora Iasigi Bullitt is second from left. Item no. 1994.18.1452 in the Herald-Post Collection, University of Louisville Photographic Archives.

The man is William Marshall Bullitt of Louisville, who lived from 1873 to 1957.  Bullitt was a very successful attorney with an aptitude for mathematics.  He had numerous social connections with the scientific community, including with Harlow Shapley of Harvard Observatory.  A 1936 dinner discussion with Shapley and others regarding the greatest mathematicians of all time seems to have prompted Bullitt to determine to build a collection of first printed editions of the writings of the greatest mathematicians, and within a decade Bullitt had gathered over three hundred volumes by sixty mathematicians and astronomers.  Following Bullitt’s death, his wife, Nora Iasigi Bullitt gave the books to the University of Louisville.  Bullitt’s grandson, Lowry R. Watkins, Jr., established in 2002 an endowment for book purchases, which has allowed for the acquisition of some additional rare books.*

The woman is Delinda Stephens Buie, Professor and Curator of Rare Books in the Archives and Special Collections at UofL, whose entire career as a librarian has been with the university’s collection.  Buie first encountered the university’s collection of rare books while a high school senior at Louisville’s Atherton High School.  She was composing a senior thesis on the subject of the Benedictine order and Westminster Abbey in London, and she went to the University of Louisville library for information.  Her research led her into the Rare Books collection, and she has (speaking metaphorically) been there ever since.  First she was a volunteer while in college, and then she became a librarian for the university.  Buie notes that what particularly appeals to her about the books in the Bullitt collection is that they changed people’s minds about things that had an impact on civilization—“Who could not be fascinated about that?” she remarked when asked about her interest in these books.

Delinda Stephens Buie (left); an exhibit of rare books at the University of Louisville library, Archives and Special Collections (right).

There are, of course, plenty of people who could not be fascinated about old math and astronomy books (Galileo’s papers were rescued from being used as butcher shop paper).  Fortunately Bullitt was fascinated by them, and Buie is fascinated by them.  Bullitt was a man willing to spend time and money on them, and Buie is a woman willing to spend a career on them.  The Bullitts and Buies of the world, working through the decades and the centuries, are why we have such books today and why copies will still be around in the next century.

So what astronomical books are in the collection?  Jean le Rond d’ Alembert’s 1749 Recherches sur la Précession des Equinoxes et sur la Nutation de l’Axe de la Terre, dans le systême Newtonien, for one.  Then there are the first (1543) and second (1566) editions of Copernicus’s De Revolutionibus Orbium Coelestium, and the 1540 Narratio Prima, the abstract of Copernicus’s work written by Georg Joachim Rheticus, Copernicus’s student and the “First Copernican.”  There is Galileo’s 1632 Dialogo.  There is Kepler’s 1619 Harmonices Mundi, which features his laws of planetary motion.  There is Pierre Simon LaPlace’s Exposition du Systême du Monde of 1749 and his five-volume Traité de Méchanique Céleste of 1799-1825.  Both the first (1687) and second (1713) editions of Isaac Newton’s Philosophiae Naturalis Principia Mathematica are in the collection, as is the first edition of his 1704 Opticks (which includes a diagram of the “Newtonian” reflecting telescope).  So is Jules Henri Poincaré’s Les Méthodes Nouvelles de la Méchanique Céleste of 1892, and over two hundred and seventy papers published by Harlow Shapley.

And last but not least there is a 1653 edition of Pierre Gassendi’s Institutio Astronomica juxta Hypotheses tam Veterum quàm Recentiorum (or Introductory Astronomy including both the Ancient and the More Recent Hypotheses), which is bound together with two other books Gassendi had reprinted to be included with this work: Galileo’s Sidereus Nuncius and Kepler’s Dioptrice.  This book is a more recent addition to the Bullitt collection, acquired through the Watkins endowment, and while perhaps many people have never heard of it, it is a fascinating astronomy book. 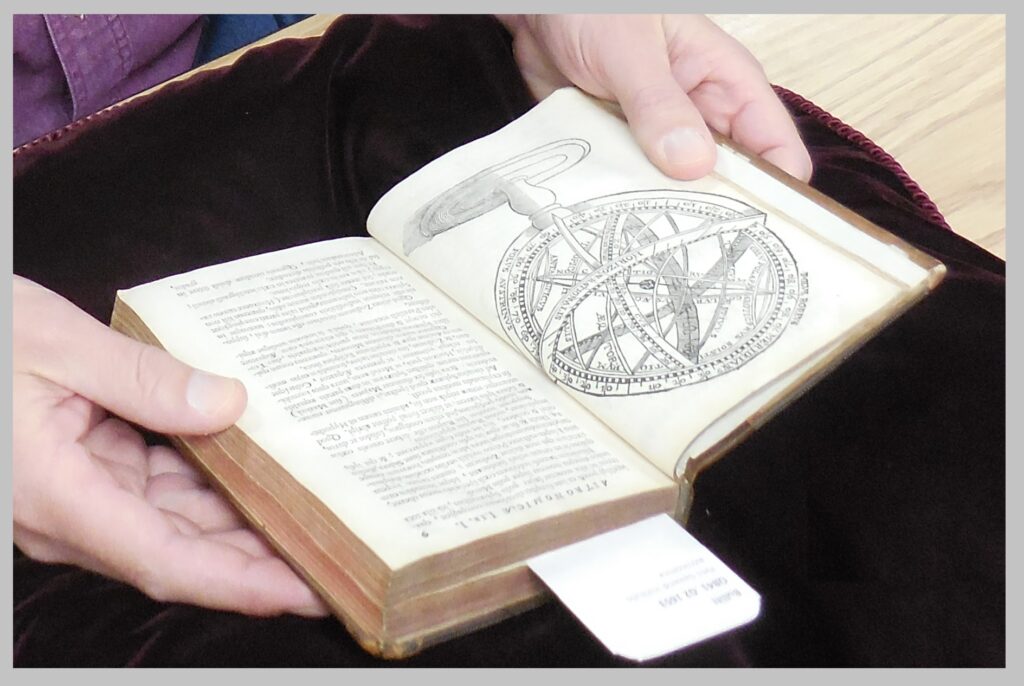 The Bullitt collection copy of Pierre Gassendi’s Institutio Astronomica juxta Hypotheses tam Veterum quàm Recentiorum.  A remarkable thing about books from this time period is their durability.  This copy of Institutio looks great—its paper is in excellent condition and is flexible, and the book as a whole shows no signs of the fragility that a person who has never encountered books of this age might expect to find.  This book was made to last multiple lifetimes.

Gassendi, who was a Catholic priest of the diocese of Digne, France, as well as a writer on astronomy, includes an introductory note to his readers in which he says that Institutio is the best and briefest sort of introduction to the science of astronomy, and this new edition (this is the second edition) includes two important works printed with it: one being the first report on the moons of Jupiter, Galileo’s Sidereus Nuncius; the other being, since these moons are visible only with the telescope, Kepler’s Dioptrice, which discusses the workings of lenses and the telescope.

Within the text of Institutio proper can be found basic astronomical topics such as the measure of months and years, along with more complex material such as a discussion of the epicycle theory of Ptolemy (one of the “ancients”), an explanation of the phases of the moon and of solar and lunar eclipses, calculations of the distances and sizes of celestial bodies, and more.  The final third of Gassendi’s work consists of a discussion of the more recent ideas about the universe—those of Nicholas Copernicus and Tycho Brahe.  Telescopic observations, such as the phases of Venus (which Gassendi illustrates), had overthrown the ancient geocentric ideas of Ptolemy concerning the structure of the universe, and now the question was whether the heliocentric ideas of Copernicus (where the sun and stars were fixed and the Earth and planets circled the sun) or the hybrid geocentric ideas of Brahe (where the sun, moon, and stars circled the fixed Earth while the planets circled the sun) were the more persuasive.  Gassendi provides illustrations of the systems of both astronomers, and arguments back and forth about the two systems—arguments concerning astronomy, physics, and religion.  The last chapter of Institutio considers the question of the sizes of stars, as one of the strongest arguments against Copernicus was Tycho Brahe’s argument that the Copernican system required stars to be absurdly huge in order to both be at the distance the Copernican system required and appear as large as they do when viewed from Earth.

Institutio would prove to be a very popular book and would go through many editions.  It is in part a basic astronomy text, in part a primer on the great debate over heliocentrism, and in part, of course, Galileo’s and Kepler’s work.  It well-illustrated and not too large—just the sort of book that a student of astronomy might carry around.  It is a great addition to the Bullitt collection’s works on astronomy. 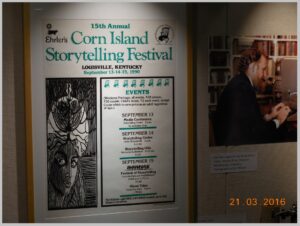 One last name should be mentioned in regard to the Bullitt collection—Lee Pennington.  Pennington, who was both Poet Laureate of Kentucky (1984) and a professor at Jefferson Community & Technical College (my college) in Louisville from the late 1960’s through the 1990’s, did not contribute to the collection itself.  However, he provided the funds that enabled Buie to build the special climate-controlled, fire-protected facility which houses the collection and other works.  Thanks to the efforts of Bullitt and Buie, as well as Watkins and Pennington, the University of Louisville’s little treasure trove of astronomy books, including Fr. Gassendi’s Institutio, should be in good stead for future generations.