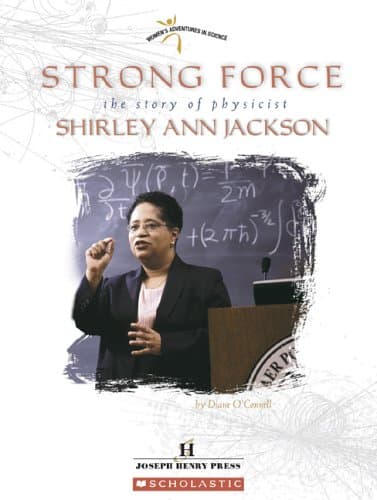 This book by Diane O’Connell is a biography of Shirley Ann Jackson, the first African-American woman to obtain a Ph.D. from MIT (her field of study was nuclear physics). She went on to work at places including Fermilab, CERN, Stanford, and Bell Laboratories, and in the 1990’s was made head of the US Nuclear Regulatory Commission. She later became president of Rensselaer Polytechnic Institute. While the book is primarily about Jackson’s scientific career and the challenges she faced, it does discuss the role that church played in Jackson’s life, and her “strong belief in God”.

Strong Force is published by the Joseph Henry Press, an imprint of the National Academies Press, and by Scholastic. It is written at a middle school level. The following is from Scholastic:

Click here for a preview, courtesy of the National Academies Press.

Click here for more information from the National Academies Press.

From the V.O. Faith and Science Pages: Strong Force – The Story of Physicist Shirley Ann Jackson

Showing the world: Vatican astronomers and the media (part 2)