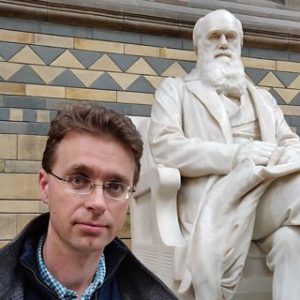 This series aired on the BBC Radio 4 in 2019 and is hosted by Nick Spencer of Theos Think Tank in the UK. The show features accomplished scholars such as John Hedley Brooke and Bernard Lightman, and touches on scientific figures ranging from Robert Grosseteste to Isaac Newton to James Clerk Maxwell to Georges Lemaître. Spencer argues that the supposed conflict between science and religion hinges on ideas about what it means to be human. Therefore often the conflict is not really about religion and science in the usual way that people think about them. For example, Spencer interviews Fern Elsdon-Baker (Professor of Science, Knowledge and Belief in Society at Birmingham University in the UK), whose research suggests that professed atheists reject a strictly materialistic evolutionary explanation for human origins at a similar rates as professedly religious people.