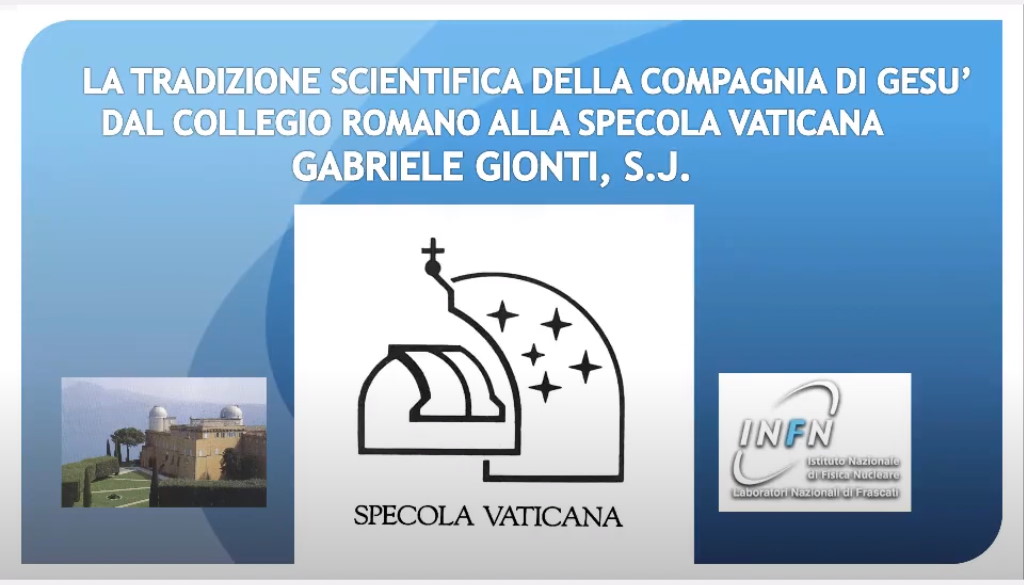 At the Roman College, Fr. Cristopher Clavius, S.J. created a scientific academy of mathematicians, physicists and astronomers who first collaborated with Galileo before ultimately coming into conflict with him. It produced many important Jesuit scientists, among them Fr. Francesco Grimaldi, S.J., who discovered light interference; Fr. Gian Battista Riccioli, S.J., whose Moon map is the basis for modern lunar nomenclature; and Fr. Girolamo Saccheri, S.J. who discovered non-Euclidean geometries. They influenced the scientific culture of Europe and in mission lands around the world, where scientific disciplines were regularly taught in Jesuit schools. Fr. Matteo Ricci, S.J. managed to enter the court of the Emperor of China thanks to his scientific knowledge.

This scientific tradition is closely linked to the spiritual tradition of the Jesuits, in particular the spiritual exercises of St. Ignatius of Loyola. One of the greatest exponents of this tradition was Fr. Angelo Secchi, S.J. director of the pontifical observatory of the Roman College in the second half of the nineteenth century, and considered the father of modern astrophysics.

In 1870, with the occupation of Rome by the new Italian state and the confiscation of ecclesiastical property, and the death of Fr. Secchi the Roman College in 1878, the observatory was taken from the Jesuits. But in 1891, Pope Leo XIII established the Vatican Observatory on the ancient Tower of the Winds, which had been home to a small observatory in the sixteenth century when the Gregorian calendar was promulgated.

In 1906 the Austrian Jesuit Fr. Hagen, former director of the observatory of the University of Georgetown in Washington D.C., became director of the Vatican Specola and since then the Observatory has been entrusted by the Pope to the Society of Jesus.

With the growing problem of light pollution in Rome, in 1935 the Observatory was moved in 1935 to Castel Gandolfo, the pope’s summer residence. In the 1980s, it opened a second site in Tucson, Arizona, USA, at the University of Arizona, where a new telescope was built on Mount Graham. Today the research of the Vatican Specola ranges across many fields of Astronomy, from planetology, to relativistic astrophysics, to cosmology to quantum gravity.

From the V.O. Faith and Science Pages: From MIT to Specola Vaticana – Guy Consolmagno at TEDx via Della Conciliazione