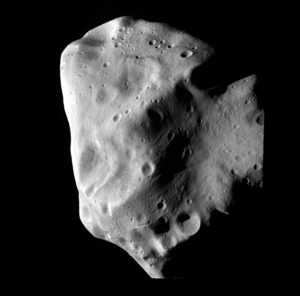 One of the pleasures of the time I get to spend in Tucson is meeting up once a week for lunch with a bunch of fellow asteroid scientists… these gatherings of “Asteroid Lunch” go back to my graduate student days; they were already happening when I arrived in 1975, so they are now more than 45 years old!

This winter, a historian of planetary sciences, Cliff Cunningham, started showing up. And as soon as I saw him, I wanted to hide… because I recalled writing for Sky and Telescope a really negative review of a history of asteroids book many years earlier, and I was afraid it was his book; and if he ever found out…

Well, after a couple of weeks like this, I finally looked up the title of the review. It was indeed a tough review. But it was not his book. Whew!

So I mentioned it to Cliff a week later, and he asked if he could see a copy of it. I finally dug it up. And here it is: with an unexpected Easter egg at the end!

Of course, you have to be a paid-up member of Sacred Space Astronomy to read it, past the firewall… 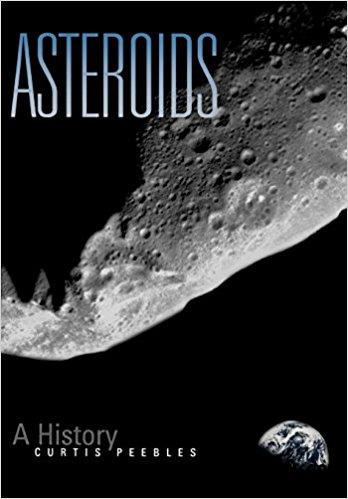 This was the book in question…

Twenty five years ago, an odd gathering of professors, post-docs, and graduate students would gather at Tia Elena’s, a Mexican restaurant a few miles from the University of Arizona’s Lunar and Planetary Lab, every Monday at noon to talk about asteroids. Back when I was one of those grad students, “asteroid lunch” participants would include LPL astronomers Tom Gehrels and Ben Zellner; meteoriticists Mike Drake and Laurel Wilkening; Clark Chapman, Rick Greenberg, Bill Hartmann, and Don Davis from the nearby Planetary Science Institute; my fellow grad students Jon Gradie, Cliff Stoll, Kevin Housen, and Martha Leake; and any other asteroid astronomer who happened to be around Tucson that week. In the next three years I watched them completely revolutionize the study of asteroids, changing the “vermin of the sky” into a set of worlds with size and geologic history, fit into a pattern that reflected the origin of the solar system.

On this, the two hundredth anniversary of the discovery of asteroid 1 Ceres, a book promising to deliver a history of our understanding of asteroids seems wonderfully appropriate. Remembering those lunches with fondness, it was with great anticipation that I picked up Peebles’ work.

Alas, this book disappoints on every count. Peebles’ writing, pedestrian at best, conveys none of the excitement that we felt living through those times. He misses many of the more important asteroid researchers of those days. (And he misspells the name of one he does mention, Mike Gaffey). He never mentions some of the most important work in modern asteroid research, such as the connections between meteorites and asteroids that first inspired astronomers to take detailed asteroid spectra. He never talks about the advances in celestial mechanics, from chaos theory to the Yarkovsky effect, that have completely changed our understanding of asteroid orbits. He never mentions models of asteroid formation, collision, or surface evolution. Instead, and inexplicably, he spends nearly twenty pages discussing light pollution in San Diego!

It’s not just that he skips on science that is fundamental to asteroid studies. In doing so, he loses the chance to tell some fun stories about colorful characters. For example, Clark Chapman and Jeff Bell are both key players in understanding which asteroids produced different types of meteorites; both are excellent, entertaining speakers, with strong (and opposite) opinions, forcibly presented. They’re also best of friends. Their controversy in many ways shaped the direction of asteroid research in the 90’s, and some ways the NEAR mission  to asteroid Eros was designed specifically to answer the questions their debate raised. But none of this background appears in Peebles’ book.

And at times, Peebles’ science is suspect. He writes as if the clearing of the asteroid belt caused the migration of giant planet orbits (it’s the other way around). He relates a theory that hundreds of bodies larger than Ceres, perhaps as large as Mars, may have existed in the early asteroid belt, without pointing out that presumably all of these bodies were ejected, intact, from the solar system (they’re too big to have been collisionally fragmented into smaller pieces), and so even if they existed they probably have nothing to do with the current population of the asteroid belt. 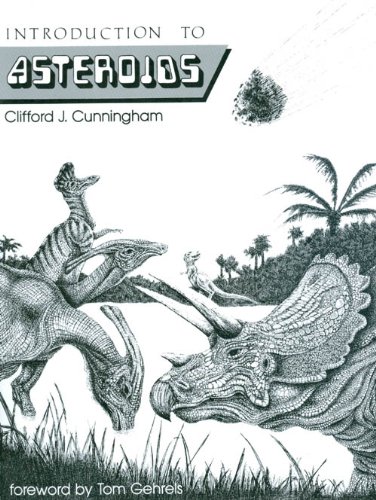 In his historical introduction and again in his conclusion he repeats the tired cliche of the noble “independent thinker” fighting the chains of authority. Yet he shows little independent thought or research himself. For example, Peebles writes (with some justice) that “more than any other astronomer, Gehrels was responsible for the rebirth of asteroids studies in the post-war era” but it apparently never occurred to him to get in touch with Tom Gehrels himself to hear, first hand, what Tom had done and why he did it. (Out of curiosity, I checked with Tom myself; he recalls no contact from Peebles.)

You can see the problem in his list of references: like a high school term paper, every work cited is a secondary source — mostly old Sky and Telescope articles, or Clifford Cunningham’s far better 1988 book, Introduction to Asteroids: The Next Frontier.  Readers interested in asteroids would be better advised to read these sources themselves, and pass on this embarrassing addition to the list of the Smithsonian Press.