And then I wrote: As I mentioned previously, in 2009 the Redemptorist Press invited me to write a series of reflections on issues of religion and science for the Sunday bulletins that are distributed in churches throughout the United Kingdom.

As it happens, the days of the week in 2009 match those of 2020 (after this year’s leap day) and the liturgical calendar also matches; thus, both in 2009 and 2020, the 17th Sunday of Ordinary Time falls on 26 July. Here’s what I wrote for the fourth reflection:

“The war between science and religion” is an idea being heavily marketed nowadays. Certain popular writers cite the conflicts of the Church with Galileo, or Copernicus, or Darwin, as proof that somehow being an atheist is the mark of a real scientist. That latter idea is easily enough refuted, simply by noting the number of scientists throughout history who have been devoutly religious… including Galileo, Copernicus, and even at one time Darwin. (His faith was shaken not by his science, but the death of a beloved daughter.) 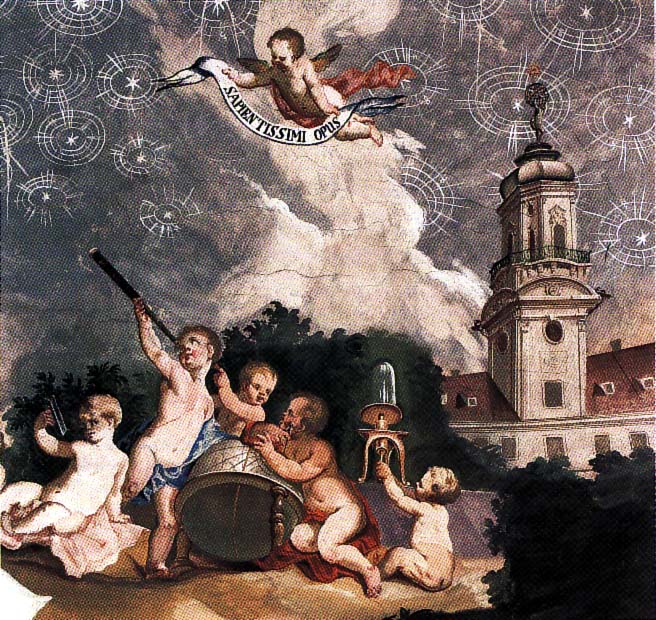 Ceiling of the Hall of Mathematics, Clementinum University, Prague (c 1760)

If there is a rivalry between science and religion, it is a sibling rivalry. Science was born in the medieval universities, established and nurtured by the Church. Christianity (like Judaism before it) taught that the Universe was created by God, Who established it on unwavering laws. Without that belief, there would have been no foundation on which to base our search to find and understand those laws.

Much of the scientific work in the centuries following Copernicus and Galileo was actually done by clergymen. After all, they were among the few people back then with the education and the free time needed to gather unusual leaves or search the skies for double stars. The sorting and classifying of data that is essential to all scientific work is still called “clerical” work. And “professors” at a university got their title originally from their profession of religious vows.

The modern conflict between science and religion is, in fact, a product of the Victorian era…

…that wonderful time when the marvels of steel bridges, railroads, and telegraphs gave rise to the conceit that progress (by which they meant only technical advance) was inevitable. If all human problems could be solved by bigger steam engines, who needed religion? 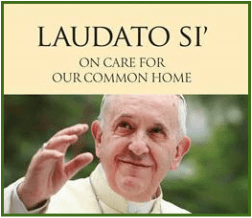 The twentieth century, alas, proved the fallacy of that argument. It’s not just that we have learned the horrors of unfettered technology, like eugenics, pollution, and mechanized warfare. We also learned, the hard way, that blindly applying the lessons of engineering to human problems doesn’t work. Freud can be praised for attempting to understand the human psyche; but human beings are not just complicated clockworks. Darwin had a true insight into how living beings develop and evolve; but justifying social castes as merely the “survival of the fittest” – “social Darwinism” – was just an excuse for racism.

The twenty-first century’s answer to these problems will not be to abandon science and technology, but rather to harness it. That means accepting it for what it is: a joyous way of getting to know the wonder and beauty of creation, and an essential tool for keeping a planet of seven billion human beings alive.

In order to identify the good and bad uses of technology, we have to be able to recognize good from bad. That’s where religion comes in. But in order for religion to speak with authority, it must be well aware of the how the universe works, and allow its conception of the Creator to grow with our understanding of Creation.

These ideas were perhaps best summed up in a letter from Pope John Paul II in 1987, on the occasion of the 300th anniversary of the publication of Newton’s Principia. He wrote:  “Science can purify religion from error and superstition; religion can purify science from idolatry and false absolutes. Each can draw the other into a wider world, a world in which both can flourish.”

[Of course, six years after this was written, the theme would be expanded upon brilliantly in the encyclical by Pope Francis, Laudato Si’. You can download a copy of it from our Faith and Science resources page.]