As each lunation begins one of the first craters that stands out is Petavius (182km dia.) with the large wide rima that crosses the crater floor from the central peaks to the southwestern wall. In my first lunar image of the crescent moon in 1972 (taken on Tri-X film through my RV-6 telescope) my eye was immediately drawn to this remarkable crater. My curiosity and interest in this feature grew over the years until I had the opportunity to view it through the 61″ Kuiper Telescope (formerly known as the Catalina Reflector) at f/13.5 or 823.5″ focal length (just under 210 cm). The view was breathtaking. The formerly straight rima was ragged edged cutting through the central peaks and accompanied by a number of other rimae on the floor. So don’t be afraid to crank up the magnification on this feature if the seeing will allow!

To the left of Petavius are two similar sized craters, Snellius (85km) and further out Stevenius (77km) and below them is Furnerius (129km) with a rimae on its floor that is an extension of the rima that starts at the southern wall of Petavius, widens and runs south of Snellius where it gets its name Vallis Snellius and then over the wall of Furnerius and onto its floor where it becomes narrow again.

One last point of interest is the bright patch on the limb to the right of Petavius. This bright region is the floor of the huge crater Humboldt (213km) that is difficult at best to see being so close to the limb. 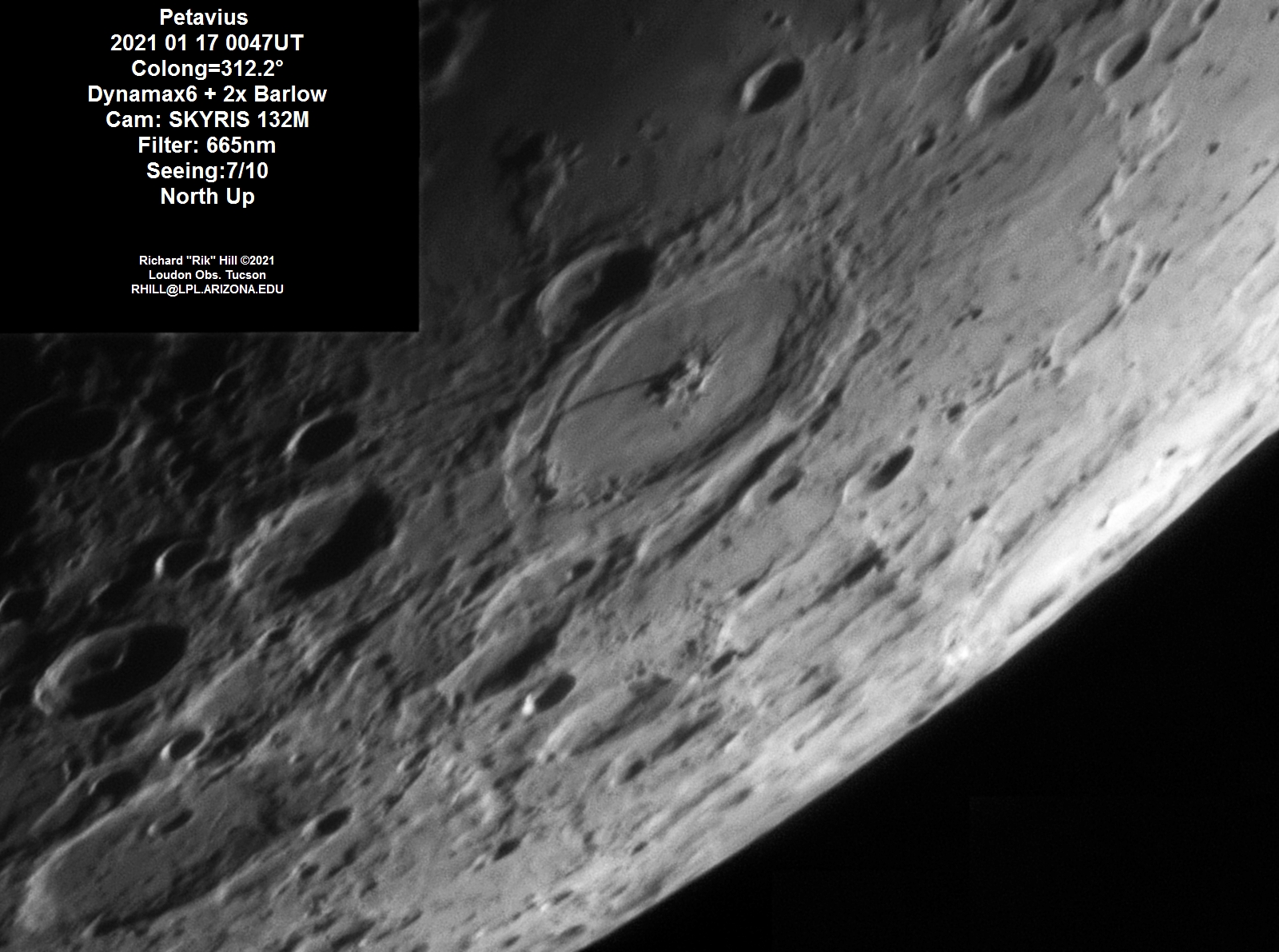