I always look forward to the appearance of the 104km diameter crater Plato and surrounding environs as they emerge from the lunar night. There is so much to see there I find imaging irresistible. Usually I don’t like to do this wide a field but there’s much to enjoy. Plato’s terraced walls exhibit ancient slumping and breaches by rimae. South of Plato are the sparkling Montes Teneriffe with 2400m high Mons Pico the large peak on the east (right) end. To the east of Plato is the great gash Valles Alpes with it’s central rille seen here (with a 6″ telescope) with another isolated mountain peak south of the entrance to the Vallis, Mons Piton (2250m) standing isolated on the plain of Mare Imbrium. In the lower right corner of this image is Cassini (60km) with it’s tight ejecta blanket surrounding and interior wrinkles and satellite craters.

Above Plato is a large flat region that is Mare Frigoris, the longest mare in terms of longitude stretching from Sinus Roris and Harpalus north of Oceanus Procellarum some 1500 km almost to Endymion. Notice the three craters on the northern shore of the Mare. They are, left to right or in order of size, Timaeus (34km), Archytas (32km), Protagoras (22km). North of Timaeus is a large very square crater, W Bond (listed as 163 km “diameter”). It has a small rima on the north side. On the west side of W Bond is the crater Epigenes (56km). Lastly the crater north of W Bond is the flat floored crater Barrow (95km). Shadow play on the floor of this crater during the lunar day rewards careful watching. 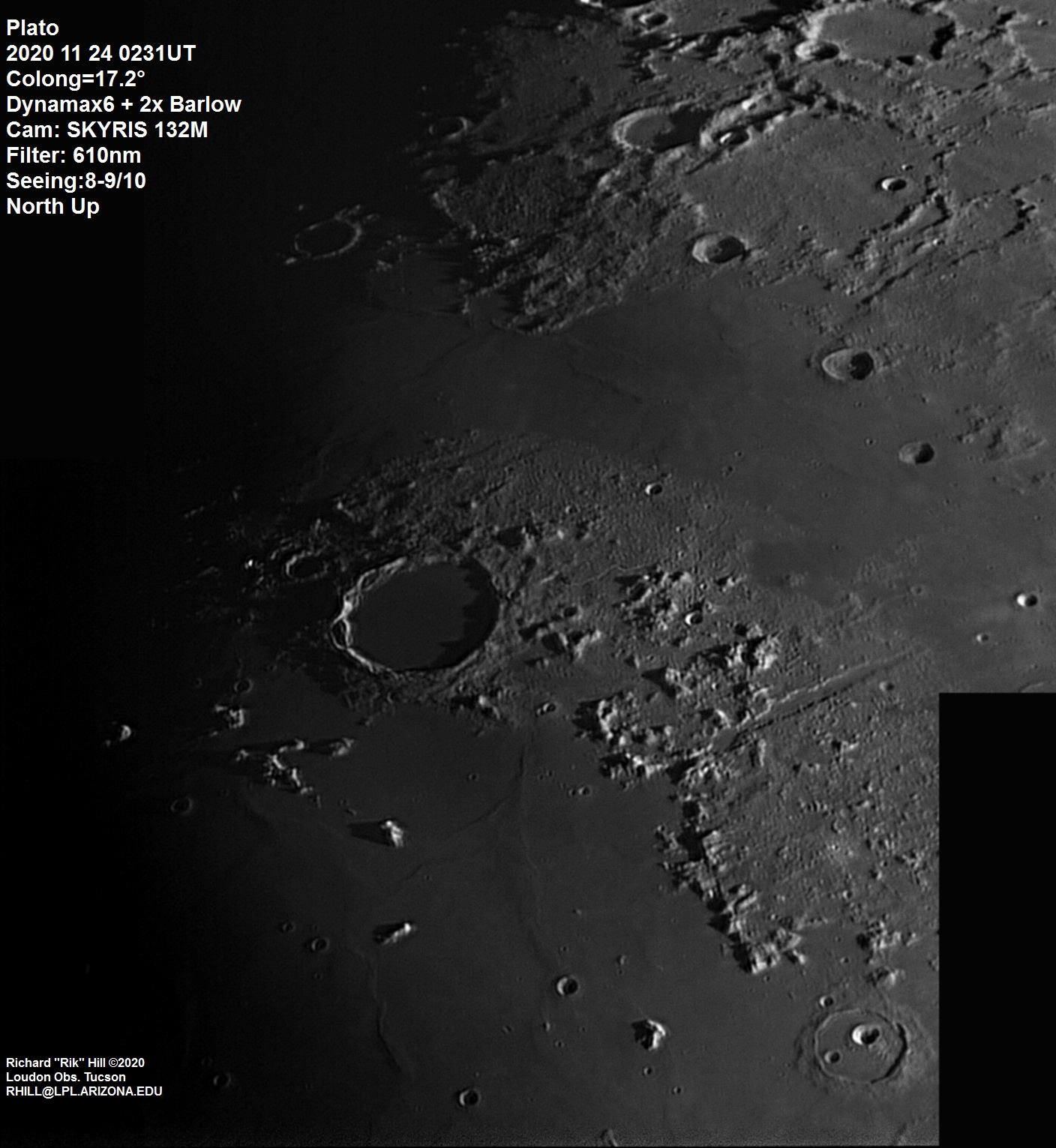