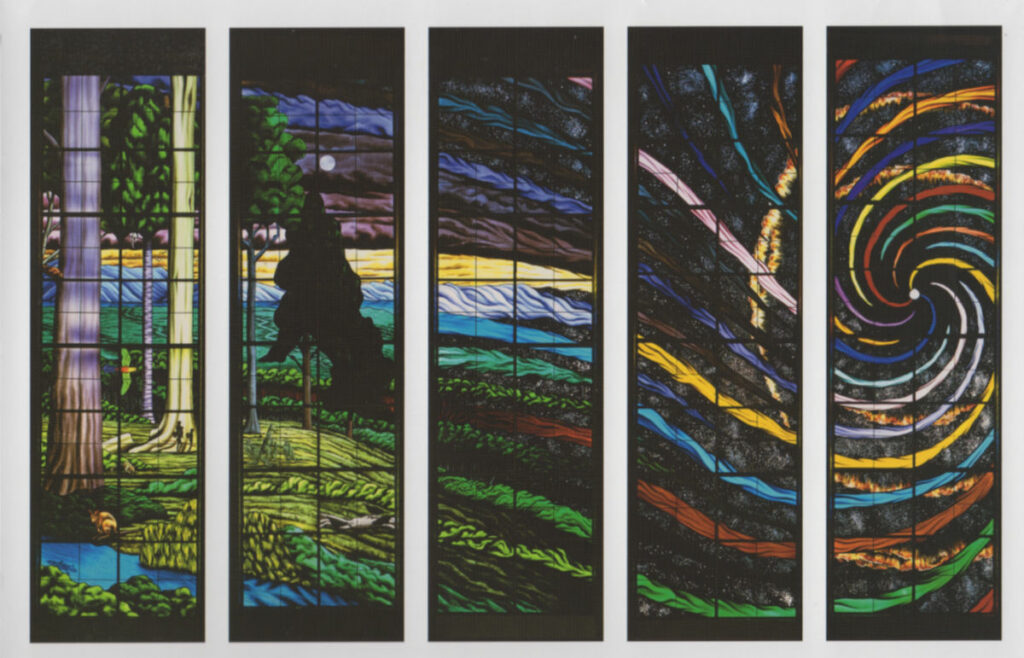 And then I wrote… following Pope Francis’ encyclical Laudato Si’ I was invited to participate in a program about the writings of the Italian physicist and science popularizer Enrico Medi, and to contribute an introduction to a re-publication of Medi’s reflections on the original Canticle of St. Francis. It appeared as “Alla sorellina che danza” in Medi, E., Cantico di Frate Sole. This might be the first time it has appeared in English.

The recent encyclical of Pope Francis, Laudato Si, has focused attention once again on this most wonderful prayer of St. Francis.

Others have spoken about its important role in the history of Italian literature. This excellent booklet explores the spiritual and theological significance of this prayer. I would just like to take a short look at how it figures in the scientific study of nature.

One could argue that there is a direct line from this prayer to the founding of The Vatican Observatory more than six hundred years later.

Consider: one of the remarkable differences between the religion of Genesis and that of the pagan cultures that surrounded the Hebrews was that the role of God as creator of the world. Creation in Genesis was seen not as an accidental offshoot of the activities of the gods, but the deliberate act of the One God, who was above nature. God not only made the world as a deliberate act, but he looked at each stage of creation and saw that it was good. The Gospel of John took this one step further, by naming the second person of the Trinity as the Logos, The Word — the root of our word “logica”.

This theological basis for what we now call science was missing one essential element, however. Why do we study nature? The motivation could not be merely to exploit it, as the engineer-Romans had done. Nor was it to recognize that in the laws of nature one might find, recapitulated, the law of God. Rather, with a closeness to nature comes not merely knowledge, but also joy. What God reveals in nature is not merely law, but His beauty and His love. Indeed, the Sun and Moon, the Earth and sky, are fellow creatures whom we love as members of our family.

This is the essential turning point that St. Francis’ prayer provides in the history of human thought. St. Francis reminds us that nature is not only an expression of God’s creative power, but it is a source of God’s creative joy. Without joy, we would not have the desire to do science, nor the fortitude to carry forth our work through all the daily struggles and setbacks that comes with any scientific work. In the prayer of St. Francis we can recognize that our work as scientists is a work of praise to the Creator.

The English Catholic writer G. K. Chesterton, whose biography of St. Francis is still a great inspiration to the modern readers, expressed this insight well in his 1908 book, Orthodoxy. There he states:

“The essence of all pantheism, evolutionism, and modern “cosmic religion” is really in this proposition: that Nature is our mother… The main point of Christianity was this:  that Nature is not our mother: Nature is our sister.  We can be proud of her beauty, since we have the same father; but she has no authority over us; we have to admire, but not to imitate. This gives to the typically Christian pleasure in this earth a strange touch of lightness that is almost frivolity.