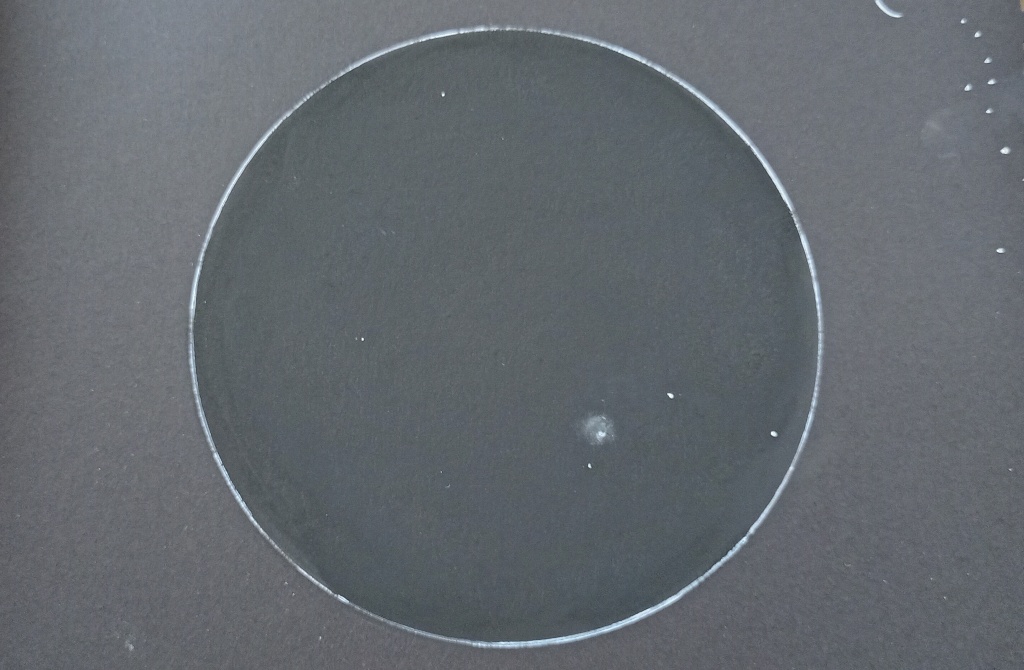 I had been sick for weeks, my first cold since October 2019. It lingered far too long for my liking. It was clear briefly a few nights since Christmas at silly o’ clock, but I did not feel up to going outside to freeze. However, as soon as I began to feel a bit better, I was keen to observe C/2022 E3 (ZTF). My pastels and cotton buds were ready. My circle was prepared weeks before, and my lovely orange clip-on light was ready for action.

On January 30th, the forecast was for 100% cloud, a typical Mayo sky at this time of year. We had hailstones, snow, sleet, fog, cloud and rain. On Monday, my shepherd’s pie was just gone in the oven. I popped outside to call in my lovely cat Doodles. OMG, it was clearing to the north; most of Ursa Major was visible, and I could see Polaris between thin clouds. Would this comet let me see it?

In blind hope, I put my 15X70 binoculars on their tripod and set up with the house shielding me from the waxing moon. As the clouds headed east, a gap revealed what looked like a comet to me. My better half helped me bring out the eight-inch dob. Telrad locked on, and bingo, there it was, an ancient blob looking larger than most reports had described.

The binoculars (both 10X50 and 15X70 ) had shown it to have a green/grey coma, which was not visible in the telescope. The pale green tone was visible to my eye, similar to Comet C/2014 Q2 Lovejoy in 2015. The telescope also showed me brightness within the coma and a bright stellar center. There was a delta shape within the coma, but I didn’t observe it for long enough to be sure where the edges were. That must sound strange, but that is how it looked to me. Therefore I did not include it in the drawing. It just wasn’t clear enough for me. The moon popped out from its cloak and started to bother me. The best thing to do was to sketch what I could see of this comet and be happy with that.

Clouds give and take

After rescuing our dinner, which I had forgotten about entirely in the excitement, I prepared to change to a lower-power eyepiece using a two-inch adapter. I left my telescope outside, optimistic that the comet details might be more striking when the moon was heading to bed later. Alas, no, the clouds closed ranks, the rain arrived, and that was that.

So my first view of the much-heralded green comet was thrilling. Not in the same camp as comet Neowise; however, it gave me a much-needed lift. A short, very unexpected window to observe and capture it on paper. I allowed myself to wallow in the fact this short window of clear sky gave me a yahoo. No ion or gas tail visible, down to the moonlight.

Oh, and if you are reading this in the southern hemisphere, get ready. Read up on it as this comet heading your way. It would be wonderful to have a totally clear sky view before it vanishes.