This column first ran in The Tablet in October 2016

The SETI Institute in California’s Silicon Valley is famously using an array of radio telescopes to look for signals from intelligent extraterrestrials. Meeting as part of their Science Advisory Board [in 2016], I heard founder Jill Tarter insist that their work was based on rational science, not “faith.” I disagreed. “You can’t prove yet that alien life exists,” I explained. “But you must have faith that it’s there, despite the lack of evidence; that’s why you keep looking.” 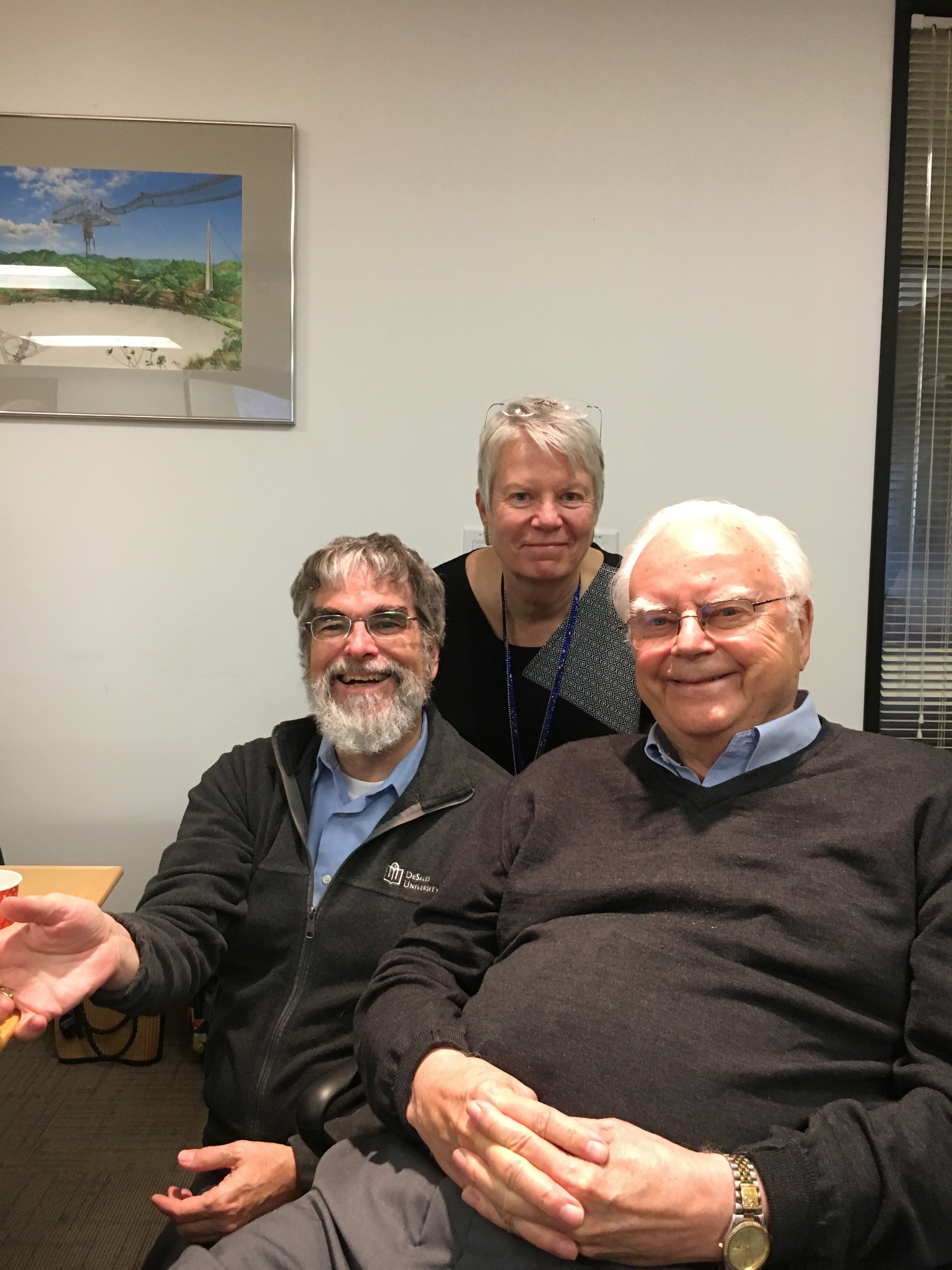 Extraterrestrial life is an example of something we believe ought to exist, given how we think the universe works, even without prior evidence. We’ve recently had success looking for such things – the Higgs Boson, Gravitational Waves. Those searches required fabulously complex and expensive detectors and huge teams of scientists to find things we really weren’t sure were actually there.

More often in astronomy, though, we believe in the things we cannot see because they affect things we can see. Indeed, almost all of the nearly 100 scientists at the SETI Institute actually work on these more tangible questions, such as finding planets around other stars and understanding how they might sustain life. We now know thousands of stars with systems of planets not too different from our own solar system. Recently, the star nearest to our Sun, Proxima Centauri, has been added to the much shorter list of stars with a planet comparable to Earth.

A handful of astronomers are currently looking within our own solar system for an as-yet-unseen “planet nine” far beyond Neptune and Pluto. As Scott Sheppard of Washington’s Carnegie Institute told Space.com, “there are a lot of strange things that seem to be going on that would be explained quite well with there being some kind of massive planet out there.”

Those strange things include half a dozen distant dwarf planets whose unusual orbits of all seem to have been nudged by such a body. In fact, recent work announced this month suggests there may be at least two such unseen planets. Even something as large as Mars would be hard to spot so far from us; but by analyzing the orbits of these dwarf planets, one can get a better idea of exactly where to look.

Are we likely to be able to send spacecraft to visit these worlds? The New Horizons spacecraft, traveling at speeds up to 84,000 km/hr, took almost ten years to get to Pluto. The unknown Planet Nine could be twice as far away. To reach Proxima Centauri (40 trillion kilometers away) at that speed would take 55,000 years. And yet, we can at least conceive of such a journey.

After our meeting at the SETI Institute I flew to Rome to attend the 36th General Congregation of the Jesuits. Here we are engaged in a different kind of search. At the age of 80, and in failing health, our current Father General Fr. Adolfo Nicholás has submitted his resignation. Now we’re looking to find the one among the 200 of us to serve as his successor. By Jesuit rules no one can put himself or anyone else forward as a candidate. Instead, we spend a week in prayer and quiet conversations, one on one.

While our method does not require complex or expensive equipment, I am struck by how similar it is to our scientific searches. Both require careful observations, looking for sometimes subtle shifts… movements this time not of planets, but of our interior dispositions. We have faith that in this way we’ll discover the one whom the Holy Spirit, whom we cannot see, nudges into our orbit. 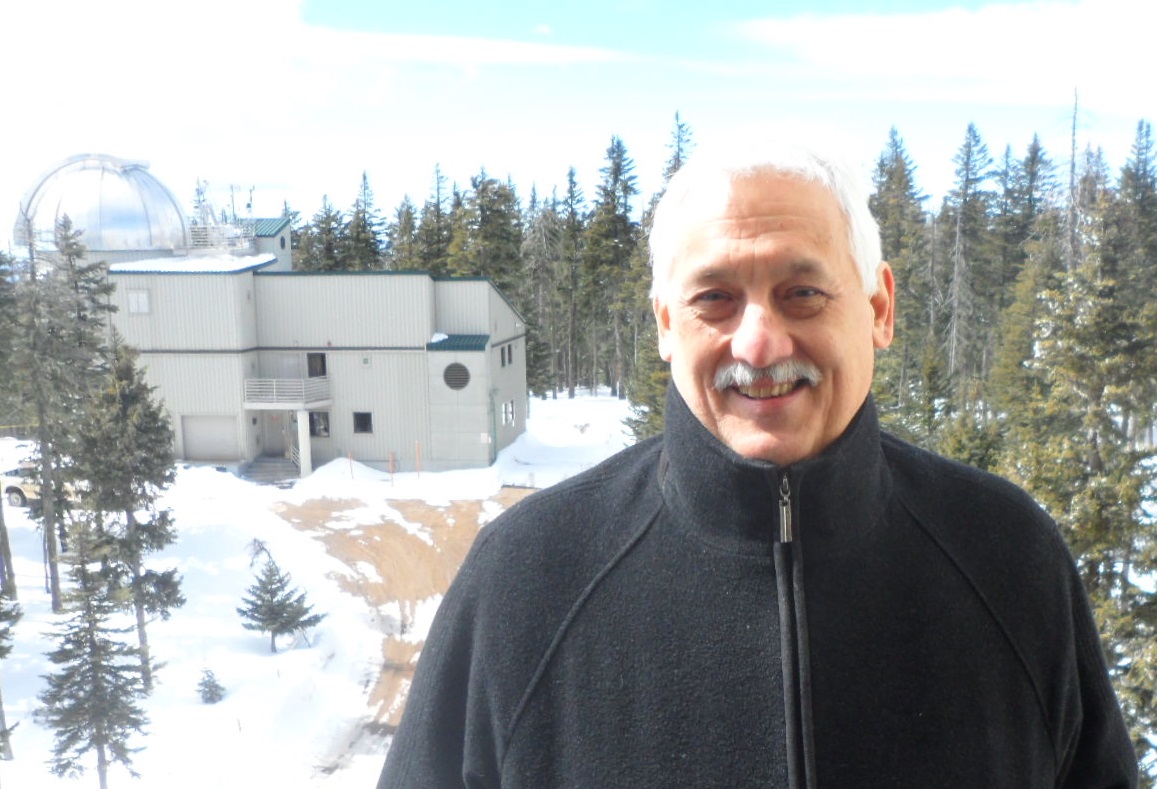 Fr. Arturo Sosa SJ visited the VATT in Arizona in 2015, a year before he was elected Father General of the Jesuits. He discovered snow!

Update as of 2018: Planet 9 is still undiscovered; so are any traces of intelligent extraterrestrials. However, at the General Congregation, we elected Fr. Arturo Sosa SJ as our new Father General. His previous job had been assistant to Father General in charge of international Jesuit houses like the Jesuit Community of the Vatican Observatory; as such, he’d visited us several times. In fact, we took him to see the Grand Canyon when he visited Tucson, where he got to see snow for the first time; and was caught in a blizzard.)

18  |  Across the Universe: Hidden Complications