This column from The Tablet was first published in June, 2018

The students of the Vatican Observatory’s biennial summer school (2018’s year’s topic, stellar variability in the era of large surveys) were received by Pope Francis in a private audience on June 14, 2018. Introducing them, I mentioned to the Pope that along with four weeks of heavy astrophysics our school is also including special lectures to reflect on not only what we are studying, but why we study it. 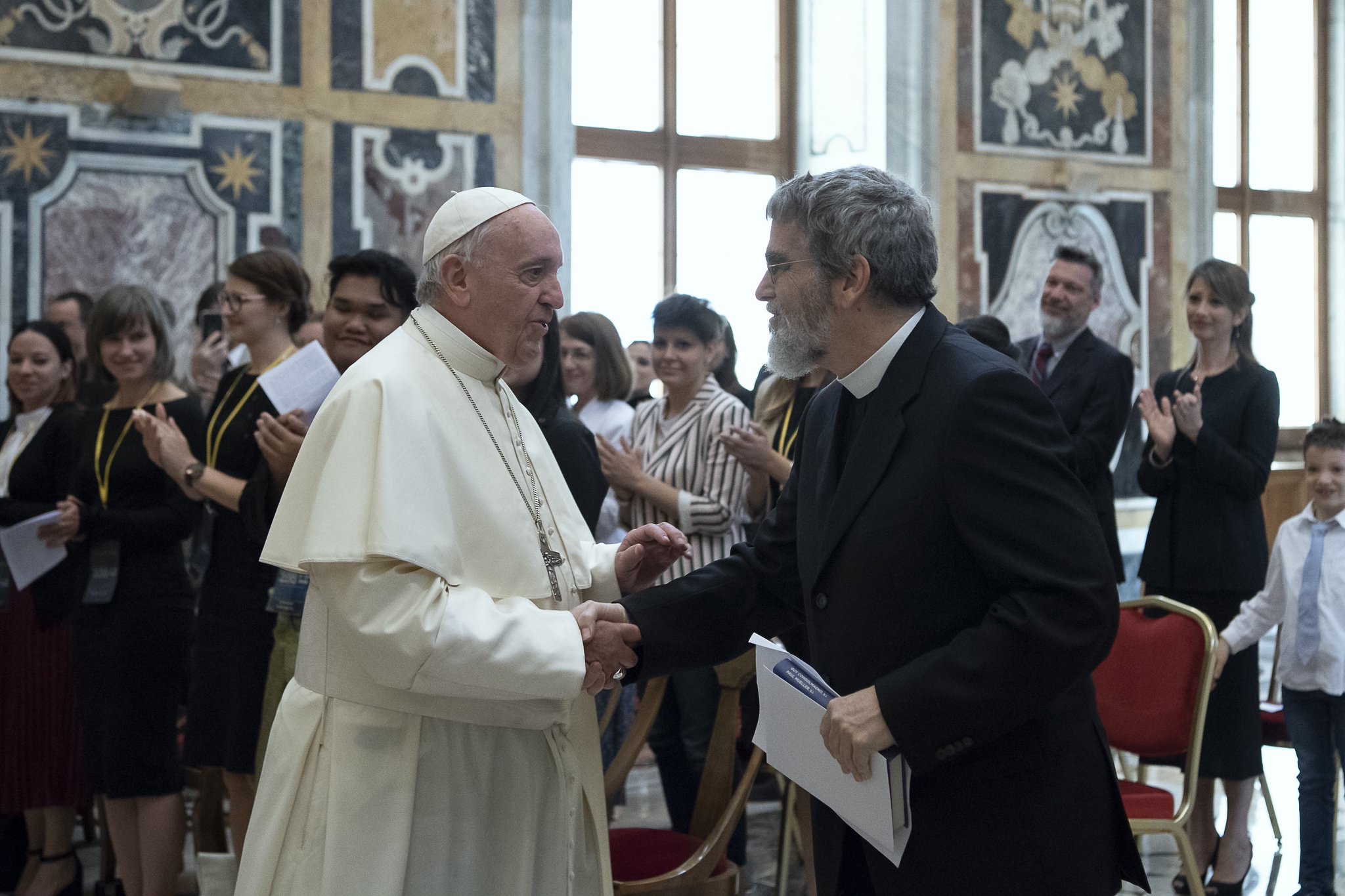 This photo was taken at our audience with the summer school in 2018… what he was telling me, is in the last paragraph.

“Why does the Vatican have an Observatory?” That common question begs the bigger one, why anyone does astronomy. Contrary to what our culture preaches, astronomy doesn’t make you rich, powerful, or sexy. (Maybe that’s why my Jesuit vows of poverty, chastity, and obedience felt so natural.) What astronomy does do, however, is give you the space to contemplate questions bigger than “what’s for lunch?”

Doing science is a way of becoming intimate with creation, and thus with the Creator. The urge to know the truth above all else is common to all scientists, even those who don’t recognize that their devotion to truth is a devotion to God. To me it is an act of prayer.

But there’s a deeper level to the question. Why does any individual person choose to become an astronomer? Interviewing each of our 25 summer school students, I’ve found that no matter what culture or country they come from, one common theme is the role our families play in our vocations.

Certainly in my case, it was not so much “Our Father” as my father. My dad would describe his childhood lying out on the roof of the garage behind his home in suburban Boston, watching the stars and waiting to see if one would “fall.” Seeing zeppelins flying overhead, he dreamt of being a pilot. Instead, his bad eyesight and higher math skills earned him a spot as a navigator in the US Army Air Corps… where they taught him the stars for navigation.

He guided a squadron of B-17s to Hawaii to look for the Japanese fleet before the Battle of Midway, and then as part of the 306th Bomber Group he was among the first Americans flyers to come to Britain in late 1942. By April 1943 he’d been shot down over Belgium and sent to Stalag Luft III. There, his agile mind was set not to solve astronomical problems but to write letters home that simultaneously courted a certain sweet Irish-American girl in New York while also containing coded messages of military intelligence.

After the war his writing skills landed him a job as a journalist. From him I learned writing and storytelling… and the names of the brightest stars. Meanwhile, his job paid for my education in planetary sciences at MIT. Years later, writing these science columns for The Tablet, I’d always email him my latest work for his comments before submitting it. (He got his first home computer in the late 1970s and was an early user of the internet.) Once, when asked for a review for a book he’d bought online, he replied, “I am delighted to oblige, because it’s a great book; and because it’s edited by my son. It cost me $26 from Amazon. And Guy’s tuition at MIT.” He’d bought it before I could send him a copy. He explained, “When I passed ninety, I stopped waiting for things.”

At our audience on June 14, Pope Francis spoke privately to offer me his personal condolences… my father, Joseph Edwin Consolmagno, died on June 11, 2018. He was 100 years old.