This column first appeared in The Tablet in December, 2006. We first published it here in 2015. 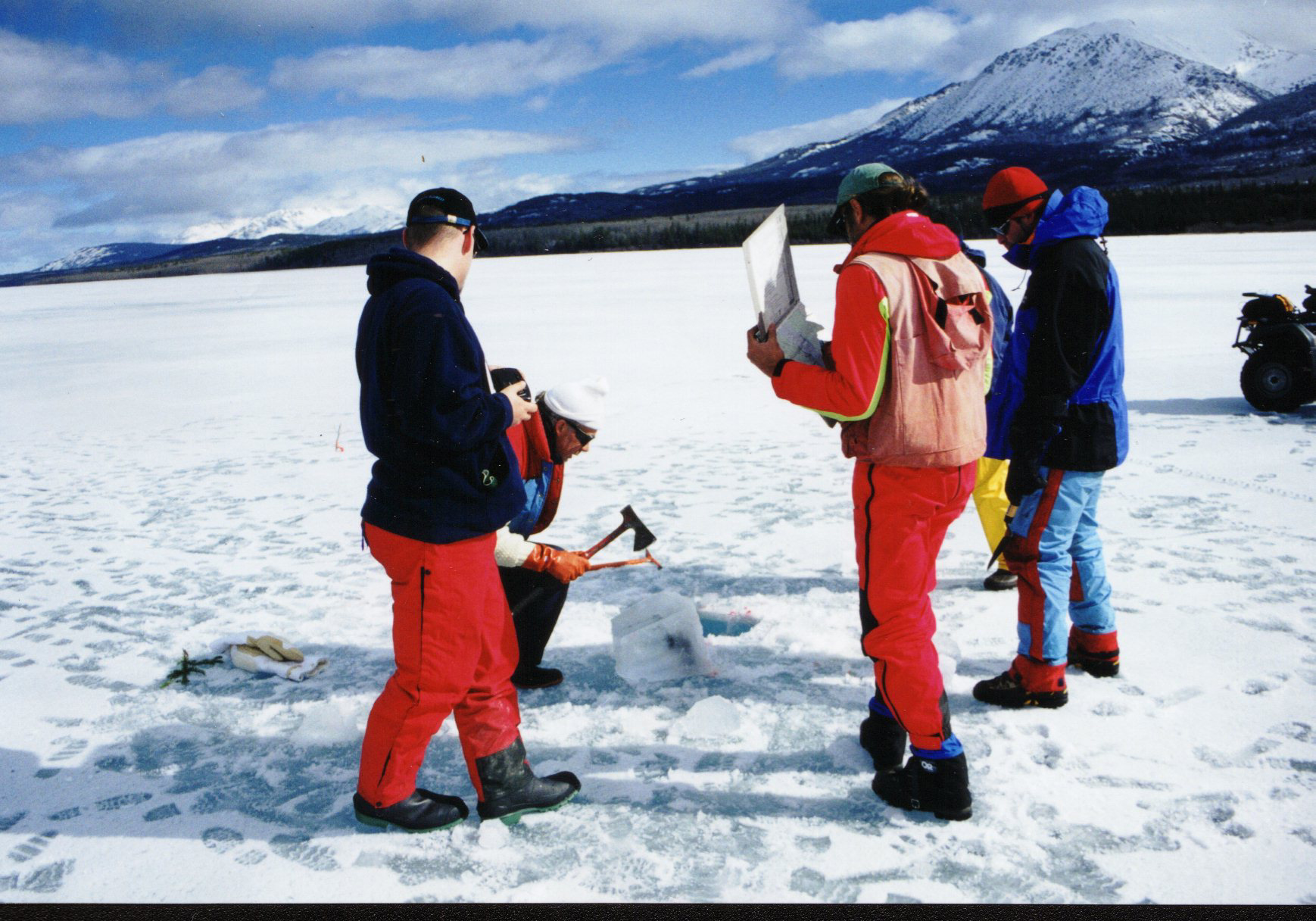 The Tagish Lake meteorite fell in northern Canada during the winter; pieces are still kept, as they were recovered, frozen in ice, at the University of Alberta

The reporter from the BBC was surprised that I wasn’t shocked: Could the seeds of life have come to Earth from outer space?

He was interviewing me about a new discovery published this past month [2006] in Science. In a meteorite retrieved from a frozen lake in northern Canada, researchers found chemical compounds that could be the precursors of life in small round voids that could have served as the templates for early cells. Meteorites are my business, and the scientists cited are colleagues and friends of mine, but even so I couldn’t understand why a BBC reporter in London was trying to interview me. The data are new and intriguing, yes, but it’s hardly a new idea. For more than 150 years, meteorites have been known to contain organic chemicals.

“But doesn’t the stuff of life coming to us from off the Earth contradict the Church’s teaching that only Earth is the centre of life?” asked the innocent reporter. Apparently he thought we Catholics were still clinging to a medieval, Earth-centered cosmology.

Amazed by the number of fallacies embedded in his question, I was struck in particular by his common misconception that the medieval Church, in supporting Aristotle’s geocentric universe, did so in order to place humanity at the Centre of the Universe.  In fact, as C. S. Lewis describes lucidly in The Discarded Image, the medieval model had humanity not at the centre, but at the bottom of the universe: only one step above hell, with an unbridgeable gap between us and the celestial spheres.

The Humanists of the Enlightenment elevated Earth and its residents to a status of “just as good as any other planet.” But in fact, they were far more anthropocentric than the medievals; for example, they rejected any possibility of angels or other higher beings. They adopted as their cosmological principle the assumption of uniformitarianism, that all places and all times in the universe are equally unremarkable. This principle of uniform blandness so denied any possibility of the “remarkable” in nature, that they even disbelieved the notion that meteorites could fall from space and land on Earth. Thomas Jefferson, for one, famously attributed reports of meteorite falls to “the exuberant imagination of a Frenchman.”

It is only in our lifetime that we have truly understood how much the rest of space does impinge on planet Earth. Sunspots affect climate, and solar storms can cause electrical surges and blackouts. Ancient round depressions on Earth are evidence of meteorite impacts; a crashing comet caused the extinction of the dinosaurs, and we recognize the real possibility of future catastrophic impacts.

The Earth itself was accreted from meteorites at its birth; more recently, iron meteorites provided the Iron Age with its first working material. In this context we happily accept that the chemicals of life — maybe even living spores themselves — could also have originated off-planet and arrived via meteorite. (My own work shows that cracks in meteorites are just the right size to contain many common microbes.)

We’ve advanced past both medieval and Enlightenment conceptions. Space is no longer an alien place; we’ve been there, ourselves. We know that the cloudy sky over our heads is not an impenetrable barrier sealing us off from the rest of the universe.

But even this is no new idea. It can be found, foreshadowed in every ancient pagan tale of the Avatar, brought to reality in a lowly manger.

This Christmas season, we celebrate the arrival on Earth of a different heavenly visitor, just as real as any meteorite but far more shattering. By such arrivals, our own narrow world view is disrupted and we are forced to recognize a universe bigger than our mundane lives. Both natural science and homely religion inform us: the remarkable does occur. 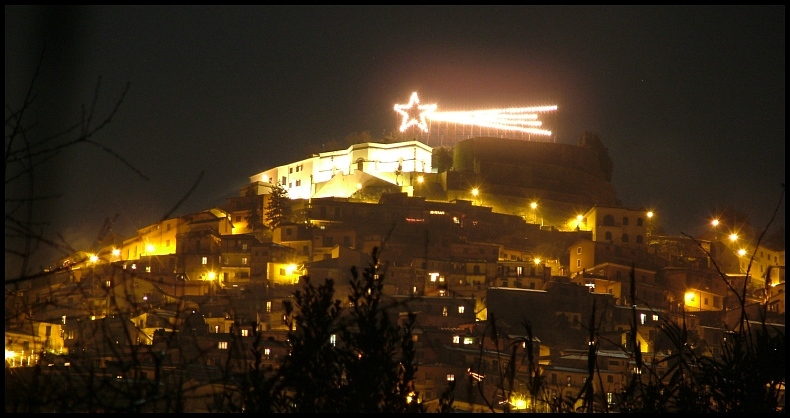 This electric comet in Rocca di Papa can be easily seen across Lake Albano in Castel Gandolfo every Christmas. (from www.trekearth.com)