This column first ran in The Tablet in July 2017

Following on last week’s reposting, here’s yet another Juno column!

[Two years] ago, Nasa’s Juno spacecraft entered Jupiter orbit (as described in my Tablet column for July 2016). Its highly elliptical path periodically brings it close to the tops of Jupiter’s clouds, and this month one such low pass brought it right over the famous Red Spot, a hurricane-like storm some three times larger than planet Earth. The storm appears to have been raging in Jupiter’s atmosphere for at least three hundred years; Cassini first described it in 1665, though the first color depiction of it is in a painting from 1711, on display in the Vatican Museum. The internet is now full of glorious, if somewhat gaudy, images of swirls and eddies seen by the Juno camera. 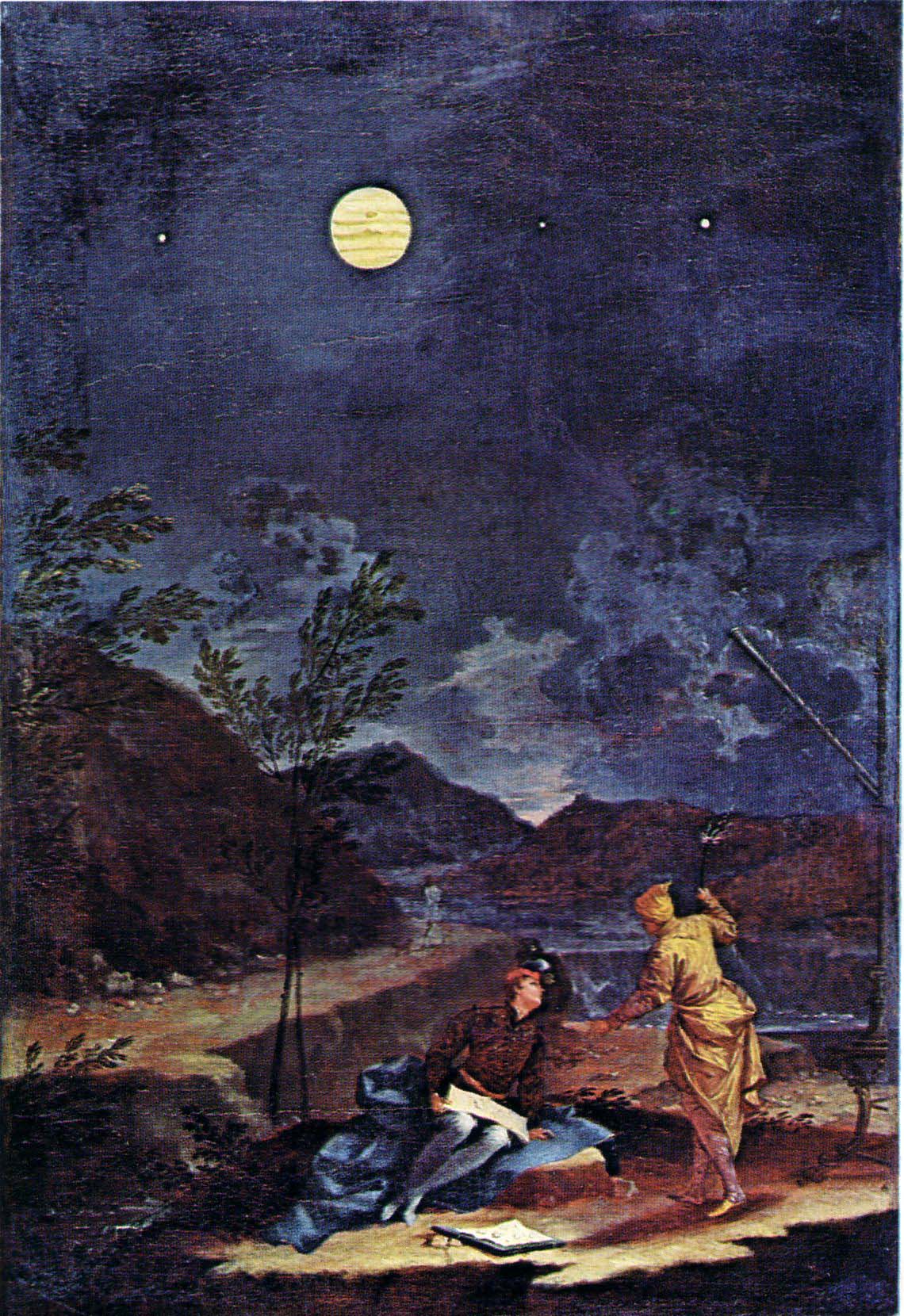 This painting by Donato Creti, one of a series in the Vatican Museum, is the oldest color depiction of Jupiter’s Red Spot. It dates from 1711.

In fact, the camera on the Juno spacecraft was an afterthought. Since the science team was put together to probe Jupiter with other instruments, the raw images from the camera are being provided freely to the public, where an army of amateurs armed with software packages like Photoshop have been playing with colour and contrast to bring out scientifically interesting details in the storm clouds… and make eye-candy desktop images. 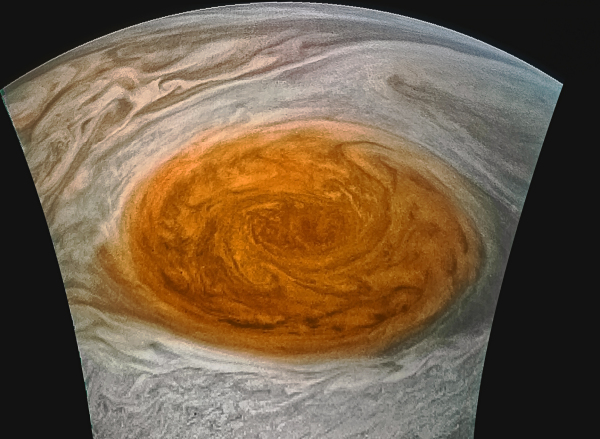 Juno itself has a deeper mission: to explore the interior of our gas-giant neighbor, the largest planet in our solar system. We already knew certain parameters about this planet; it’s easy to observe even in a small telescope, and half a dozen other spacecraft have visited it. It’s made mostly of hydrogen and helium, not all that different from our Sun but ten times too small to support fusion reactions to shine as stars do.

The cloud tops are mostly ammonia and water, colored with sulfur-based compounds. It spins so fast that its equator is visibly puffed out, and its poles flattened, compared to a perfect sphere. And it has a strong magnetic field, generated by a churning, convecting electrically-conductive fluid deep in its interior. (The central pressures may not be high enough to fuse the hydrogen into helium, but they can squeeze the electrons away from protons and let them flow freely, the way that currents flow in a metal.)

But how uniform is Jupiter’s composition? How deep can you find cloud layers? How well defined is its core? One way to address these questions is to plummet a small probe into Jupiter; the Galileo mission did that back in 1995. Its results, however, didn’t match any of our expectations. Were all our theories wrong? Did the probe malfunction? Or is Jupiter just more complicated than we expected?

Juno was designed exactly to address those questions. Rather than using visible light, it measures radiation in microwaves, emitted from deep inside Jupiter. By orbiting close to the cloud tops, it can detect small changes, lumps and gaps, in Jupiter’s gravity and magnetic fields.

It takes a while to collect data from these instruments and make sense of them. But this month, along with the fancy Red Spot images, a first look at the actual science data from Juno was published in the journal Nature Astronomy in July 2017. The results so far? Jupiter’s core is bigger and less well defined than theories had predicted; many layers of clouds, and widely varying amounts of ammonia, lie beneath the clouds we can see; and the magnetic field is stronger and more complicated than anyone had guessed.

In other words, the results are surprising but not unexpected. I’ve never heard of a planet (or a person) that turned out to be simpler than expected.

The bigger questions of Jupiter’s formation and evolution remain to be solved. Check back next year! Meanwhile… enjoy the Red Spot images.