First published in The Tablet in February, 2008; we ran it here in 2015. I’ve moved it to March this time around, to fit the Lenten theme at the end.

The American Association for the Advancement of Science (AAAS), a prestigious umbrella group of American scientists, convened this past weekend [2008] in Boston. At the same time, in a hotel on the other side of town, a few hundred science fiction fans were gathered to meet their friends and talk about their favorite writers. I sat on science-and-religion panels at both conventions. 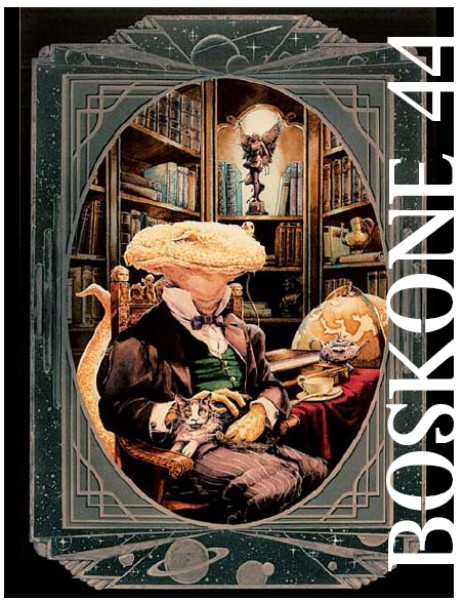 The program book for one of those conventions; guess which one?

The AAAS panel was concerned about “Communicating Science in a Religious America.” In spite of several legal victories by the scientific community defending the teaching of evolution in public schools, the “Intelligent Design” movement in America is still winning the public relations wars. Barely half of polled adults there say they believe in evolution, the lowest numbers of any industrialized nation. Though no one on the panel put it so crudely, the general tenor of the comments could be summarized as: “why are they so stupid, and how can we pound the truth into their heads?”

The panelists agreed that assuming “if only they knew what I know, they would agree with me,” is a failing strategy. And we also agreed that the militant evangelical atheists, Dawkins and his ilk, are only making the situation worse. But most of the discussion revolved around tactics of framing the issue, as if science could win the argument by choosing the right soundbites. Should we try to recover a sense of hope or a sense of design (if not intelligent) in nature? Does revealing ones’ own religious stance helped or hurt the discussion? Only one person suggested that we scientists might actually learn something from listening as well as talking; and that wise sage (me) didn’t do a particularly good job of getting his point across. 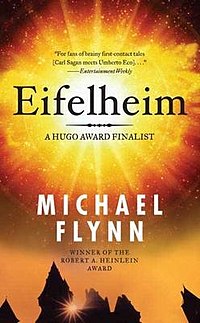 By contrast, the discussion at the science fiction convention was both more limited, and more revealing. Michael Flynn’s recent novel Eifelheim explored what might have happened if the first contact between humans and aliens had actually occurred during the high middle ages. In the process of writing it, he wound up researching the actual relationships between science and religion during that time. At the SF convention, he was joined John Farrell (author of a new book about Fr. George Lemaitre, the inventor of the Big Bang theory) and me on a panel about the rise of science in the middle ages.

To the general public, the history of the period from Rome to the Renaissance is as poorly known as the theory of evolution. But fantasy fans know plenty of the details, albeit in a muddled and unrealistic melange – “the middle ages the way they should have been,” to quote the motto of the medieval recreation society that quite candidly calls itself the Society for Creative Anachronism. Thus we had an audience already primed and eager to hear speculations based on real history. Could the Islamic world have had a Thomas Aquinas? What if the plague hadn’t delayed the scientific revolution, budding at the time of Oresme and Buriden, by 300 years?

The AAAS audience was undoubtedly more high-powered, and that panel more professional in their presentations. The SF panelists, by contrast, tended to ramble off topic; writers are not always the best public speakers. But on the whole, I found the science fiction convention to be a far more fulfilling experience: the participants more enthusiastic, the audience more engaged. By contrast, the AAAS panel and audience were afraid to admit that, fundamentally, we haven’t a clue about how to communicate science to religious America. We were afraid to confess our ignorance.

It’s not only more fruitful to recognize our shortcomings; it is also more fun. There’s a great relief in not pretending to be perfect. Accepting that one is a sinner can actually make Lent, paradoxically enough, the most joyful of seasons.

27  |  Across the Universe: One Fix Leads to Another