This column from The Tablet first ran there in September 2018… I have altered it slightly to bring it up to date.

The famous American cynic H. L. Mencken once asserted that every question had an answer that was “neat, plausible, and wrong.” Science is no different. Our meteorite collections have reddish “ordinary” meteorites and black “carbonaceous” ones; meanwhile, in space we see some asteroids with reddish surfaces, while others are pitch black. The connection between the meteorites and the asteroids is thus neat and plausible. But is it right? 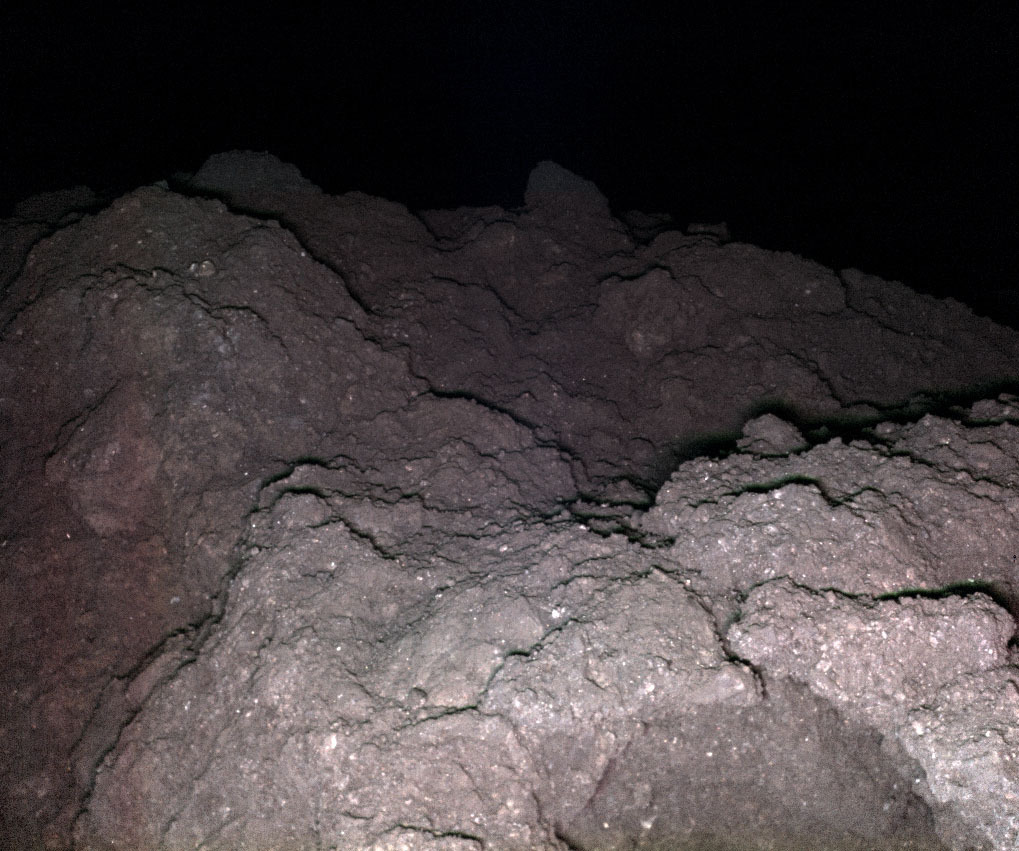 The surface of asteroid Ryugu as imaged by the “Mascot” lander brought there by the Japanese Hayabusa 2 mission. JAXA image sourced from the fantastic Planetary Society website!

The holy grail in asteroids is finding the ones with water and carbon. If we are going to be a space-faring species, we’ll need those chemicals to feed us and power our spacecraft. The cost to bring them up to space with us from Earth makes these materials far more valuable than platinum or gold. 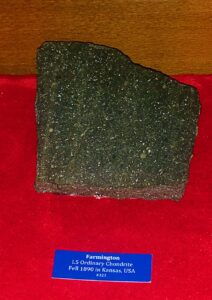 The Farmington meteorite is just another ordinary chondrite, but it experienced shocks while on its parent asteroid that turned it black

We know that some carbonaceous meteorites have carbon and water; and they are distinctively black. But not all black meteorites are carbonaceous. In fact, most of the meteorites so labeled nowadays actually don’t have much carbon; the name is just a hold-over from a nomenclature system once based on broad features like color, where today we use trace element abundances. And the blackest meteorites in our collections aren’t even part of this grouping. Rather, they are chemically the same as the reddish rocks, but their minerals have been so shattered by strong shocks (as happens when asteroids collide) that they’ve been turned pitch black.

Two spacecraft missions are now studying a pair of these dark asteroids. The Japanese Hayabusa 2 mission has been orbiting its target, Ryugu, since June, 2018; the American mission Osiris-Rex began to orbit its target, Bennu, in December of that year. One remarkable feature of both missions is that they intend not only to study these bodies close up; they will actually touch the surfaces and scoop up a bit of material to return to Earth. [Indeed, Hayabusa 2 has already succeeded in getting its sample, and will head back to Earth in December, due to deliver its capsule of samples in late 2020.] Finally we’ll have asteroid bits to compare with our meteorites.

Ryugu has already given us pause. This thousand-meter pile of rocks turns out to be covered with boulders as big as the spacecraft that is supposed to touch its surface. Still, the Japanese  found a spot smooth enough to sample. The American mission invested a lot of time before it was launched studying potential asteroids via radar; they picked Bennu in the hopes that it will not have this problem. [Alas, it too is covered with boulders and finding a sampling site is turning out to be harder than first anticipated.] 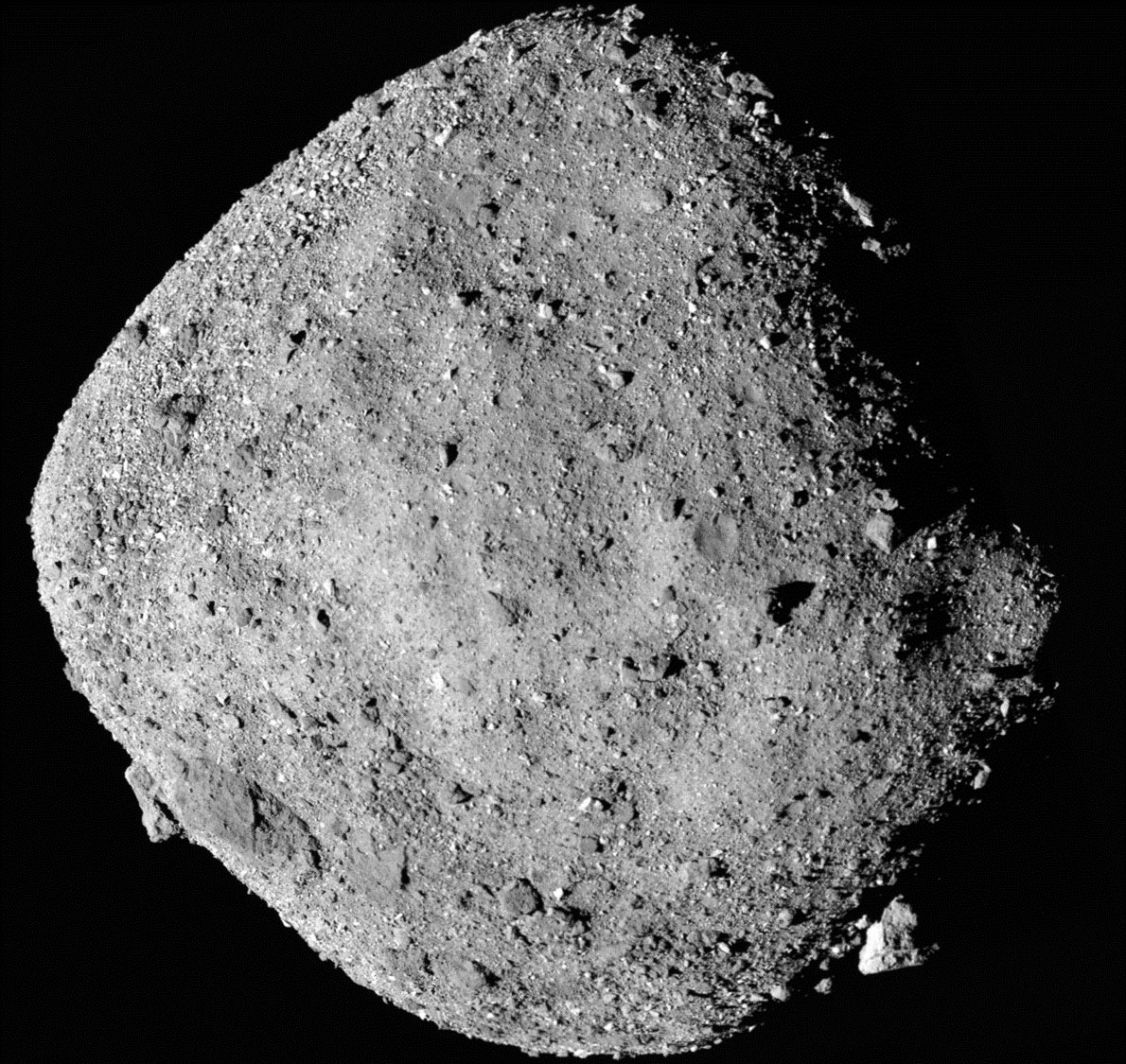 Asteroid Bennu, as imaged by the OSIRIS REx mission. It is a little smaller, but similar in shape, to Ryugu

One final challenge is to care for these samples once we have them back on Earth. The curation of extraterrestrial materials is no simple task. This was the topic of a workshop organized a year ago at the Vatican Observatory headquarters in Castel Gandolfo by my colleague (and replacement as meteorite curator), Brother Bob Macke SJ. Three dozen curators from around the world gathered to discuss topics ranging from how these samples are kept and classified, to how and when they are made available for outside researchers. Among them were Tora Yada (of the Japanese space agency Jaxa) and Francis McCubbin (from NASA); they are the ones responsible for curating spacecraft samples from the asteroid belt.

Much of science is sorting and classifying, recording and reporting. The skills and techniques for keeping track of the constituents of our collections are no different from how, for millenia, parishes have kept track of their members’ baptisms and burials. Scientific work is clerical work; it was originally done by clerics.

Likewise, our relics from space are like religious relics. Both remind us that the things we study no matter how distant or dark (or poorly understood) are nonetheless tangible and real.

[Check the links to go to the mission websites with some fantastic images. And if you get to Rome, check out the repositories of relics…]