This column was first published in The Tablet in September 2017

Last July [2017] I visited my sister, a retired schoolteacher who’d moved to Florida to be close to our aged parents. From there I continued on to the North American Science Fiction Convention in San Juan, Puerto Rico. Two months later came the hurricane season. 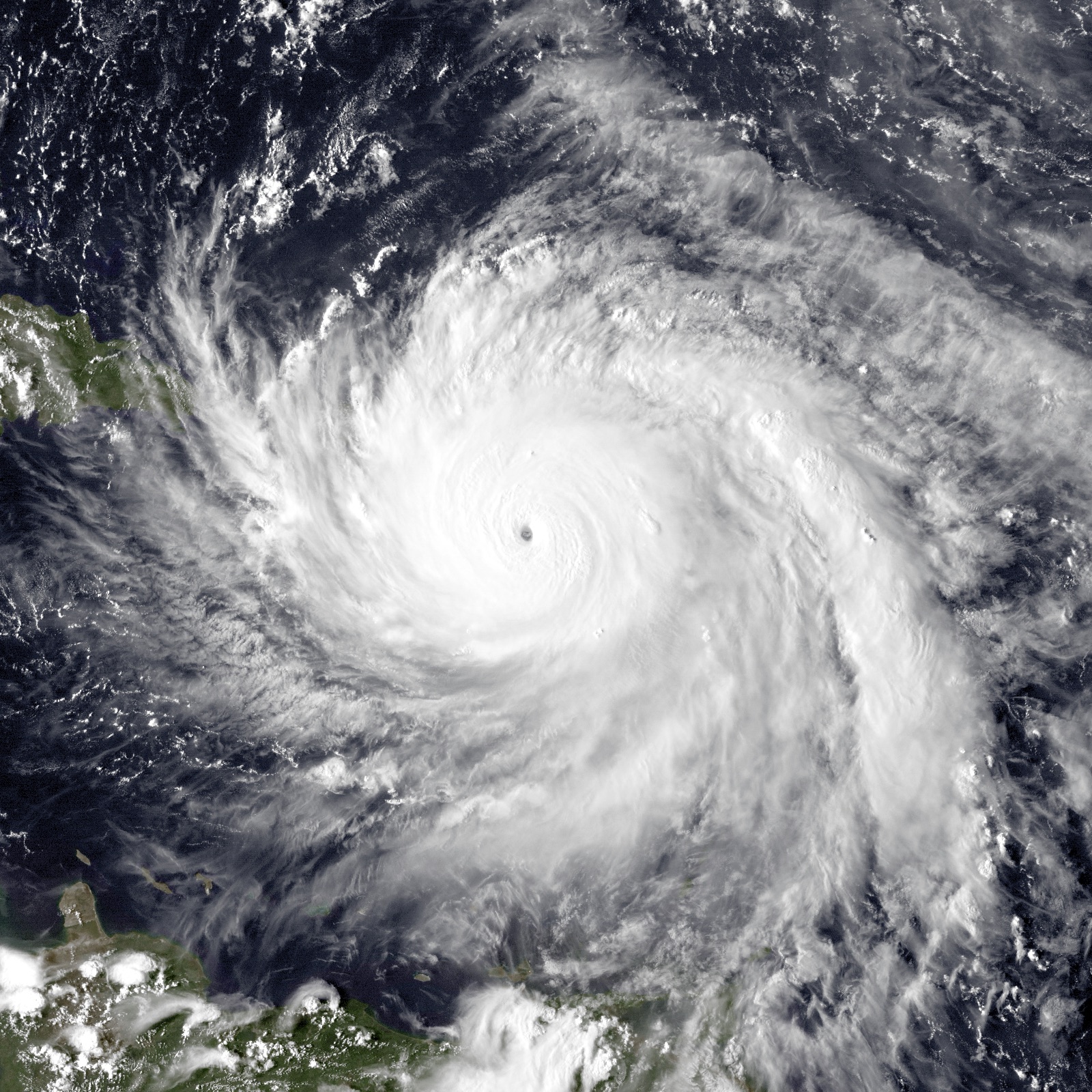 First, Hurricane Harvey dumped meters of water on Houston. My colleagues near the Johnson Space Center survived without much damage, but a nearby neighborhood where friends once lived was inundated; it may never be rebuilt. Then Hurricane Irma struck Florida. Again, my parents’ and sister’s houses suffered little damage, although my parents (along with more than half the state, millions of people) lost power for a week… not a trivial thing for retirees in a climate that demands air conditioning.

Hurricane Maria in Puerto Rico, amazingly, dwarfed even those other mega-storms. During my July visit I’d met up with a student who’d observed with the Vatican telescope, now about to get her doctorate at the Arecibo radio telescope; we’d had dinner by the sea with her mom, her advisor (from Finland), and a couple of other colleagues. Luisa and the others are safe, according to a mutual friend who’s been in touch via ham radio; with the power out, emails are not getting through. I have yet to hear from the Colegio San Antonio de Padua, a Catholic high school in San Juan whose rooftop observatory I had visited then. 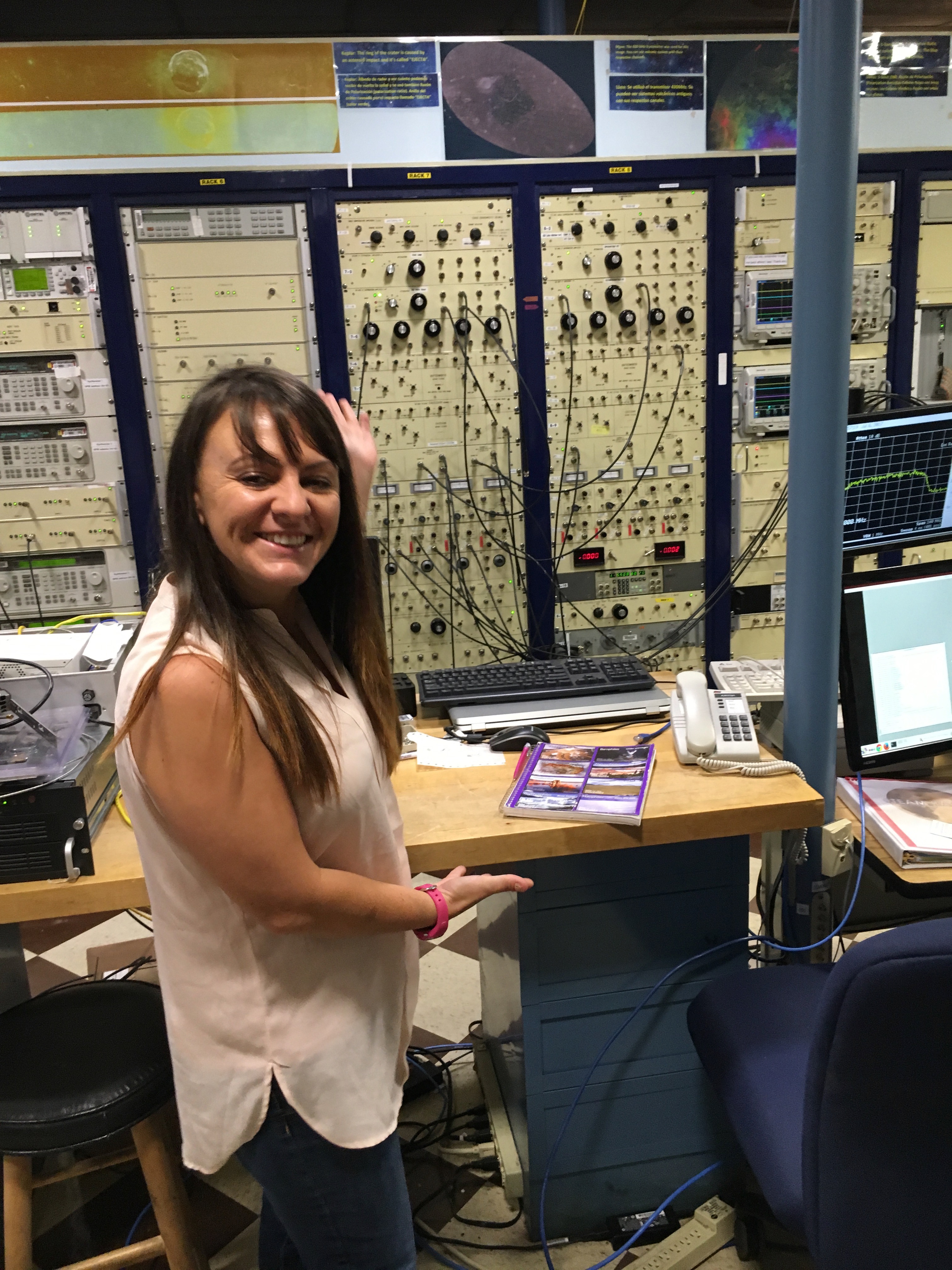 Luisa Fernanda Zambrano-Marin showed me the controls of her instrument at Arecibo — yes, those are old fashioned plugs! — just two months before the hurricane hit

The Arecibo telescope is being used as a relief staging area; one hospital in the area is closed and the other seriously damaged. The telescope itself lost a large antenna which normally dangles over the 1000 meter dish built into a crater in the jungle; its fall apparently smashed through part of that dish. Meanwhile, the entire relief effort for all of Puerto Rico is being run from the Convention Center where we’d held our science fiction convention.

I recall from my own experience with Hurricane Sandy a few years back that the storm itself will pass in a day; it’s the days afterwards that are the hardest. Many have already died; though most of my family and friends are safe, the stress after the hurricane sent my mom to the hospital.

Evil is the absence of a good that ought to be there. Our lives depend on a functioning infrastructure, whether is it a spacecraft instrument in Houston waiting for liquid nitrogen or people in Puerto Rico waiting on a working dialysis machine. In some cases the disruption can be fatal. In others, like my colleagues with no email who can’t submit next year’s grant proposals to pay for their research, the effects sound trivial in comparison until you realize that this is their livelihood… and their research could have important implications for our future understanding of how planetary weather systems work.

And these storms occurred in a month that also saw flooding in Bangladesh, a major earthquake in Mexico, and warnings of a volcanic eruption in Bali.

In biblical days, earthquakes and floods were seen as God’s judgement on sinful people. We know that this is a terribly naive understanding of both God and nature — we were taught this by Jesus himself (see John 9:3). But as Pope Francis reminded us in Laudato Si’, our communal sinfulness contributes to both the strength and number of hurricanes, and our ability to prepare for them or recover from them.

Meanwhile, the Cassini mission has just ended twenty years at Saturn, and the Osiris Rex mission has just imaged Earth during a flyby en route to asteroid Bennu. Working together, we human beings can accomplish amazing good.

[new edit: As I write this, 2018, hurricane Florence is battering the southeast…]

The most recent count of deaths in Puerto Rico due to the hurricane is 2,975, far greater even than Katrina’s terrible toll. Parts of the island were without power for nearly a year. On a more personal note, the week without power that my parents endured, I am convinced, led to a sharp decline in their health. My mom never came home from the hospital; she died in December, at age 96. My father hung on until his 100th birthday in April; he died in June.