This column first appeared in The Tablet in May, 2008, under the title “The Magic is Real” We ran it again here in 2015. 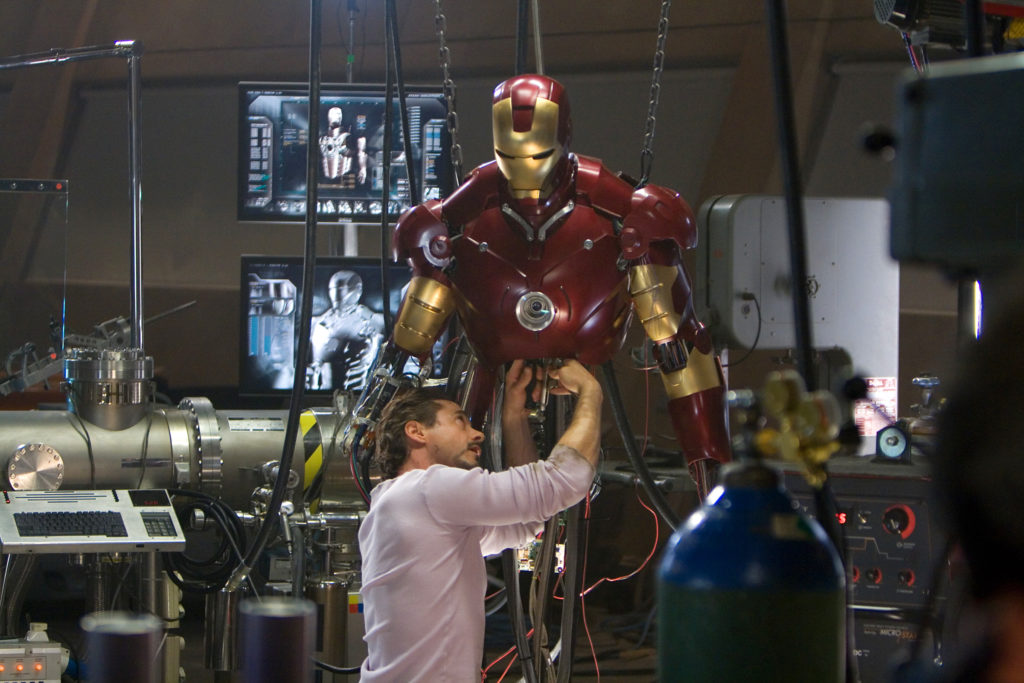 I have a friend who has found a new drug: it can keep him awake and programming at his computer for 36 hours straight, without too many bad side effects… or so he claims. I think he’s nuts; aside from the obvious dangers of self-prescribing anything, I happen myself to find sleeping to be a beautifully spiritual experience. (At least, that’s what I tell the homilist after Mass.) But I was struck mostly by the motivation behind my friend’s drug abuse. He is so passionately in love with being alive and doing his work that he resents having to waste eight hours sleeping every night.

That passion is one of the great things about being a techie. It is illustrated wonderfully in the comic-book movie, Iron Man. There, the techie hero Tony Stark builds a mechanical suit that allows him to leap tall buildings in a single bound. All my techie friends agree, the most thrilling scenes are not the flights through space or the battles against the bad guys (well done, indeed, but nothing we haven’t seen before); rather, it’s the sequence showing the hero building and de-bugging his equipment. The thrill is in the making.

Yes, the techie worldview has its limits. (What worldview doesn’t?) I’ve discussed before the odd view of religion many techies have. There is a tendency to know-it-all arrogance that gives a new spin to Anne LaMott’s famous dictum that “The opposite of faith is not doubt: It is certainty.” Some of them are so certain, they have no room for faith and its attendant doubts, and it makes them easy prey for all sorts of gnostic nonsense. The fact that the rest of the world finds your opinions to be madness just reinforces your own sense of being smarter than everyone else.

The only people who can knock the rough edges off of techie arrogance are other techies. Fortunately, for all that techies bear a reputation for being socially-inept, there is a large techie subculture – like-minded folk who met at engineering school and who constantly cross paths as their jobs move them from project to project.

They delight in gatherings of the clan. Science fiction conventions often have extensive programming on the latest developments in science and engineering, quite independent of anything that’s appeared in the fictional world – yet. “Maker Faire” gatherings at county fairgrounds offer a chance for basement mad scientists to “Build. Craft. Hack. Play. Make.”– and to show off their results. Friends of mine, far less formally organized, gather every summer on a remote patch of wasteland Somewhere in Northern Michigan to set off home-made rockets and play with things that make a Big Boom. It’s a family affair; kids are taught safety rules in a setting they won’t forget.

This techie sense of camaraderie, this zest for life, is a side of science and engineering that stands in stark (a la Tony Stark) contrast to typical adolescent cynicism and ennui. Pundits despair at the shortage of engineering students nowadays; kids need to know that the magic is real. I devoured the Harry Potter books with a deep nostalgia for my days of study at MIT. You can be a wizard if you really want; you just have to overcome your fear of maths.

A sunny May morning reminds us all of why we love nature. The techie finds an intimate expression of that love in observing, building, and participating in its laws. It’s not just to solve problems; it is for its own sheer delight. In the same way, it was not just to redeem mankind that God sent his Son; but first of all, because He so loved this world.

In August 2015 I was a guest of honor at Musecon in Chicago, a gathering of techie-makers.