My columns for The Tablet often act as a diary of sorts, recording important events in science or in my own life. Such is this column, which first ran in September, 2006. We first ran it here in 2015. 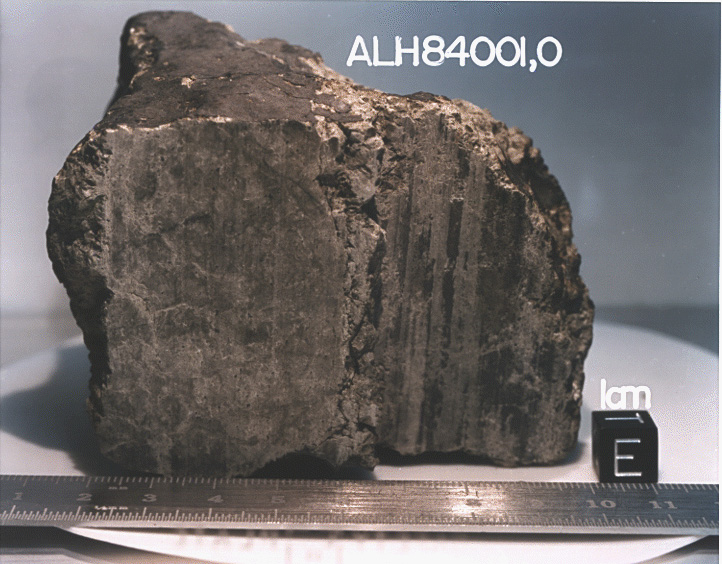 The meteorite, ALH84001, that started a whole flurry of arguments about life on Mars

Ten years ago last month [as of 2006 – now 23 years ago!], Dave McKay and his colleagues at NASA’s Johnson Space Center in Houston announced that a meteorite, believed to have come from Mars, showed evidence of microbial life. Their interpretations are still widely disputed by the meteoritics community. But, oddly, their announcement resulted in one major change of attitudes. Before, there were still skeptics who were not sure that those rocks came from Mars; now, as the skeptics argue about the putative biogenic grains found in it, no one doubts the Martian origin anymore! Some of us can only be skeptical of one thing at a time, I guess.

But in the world of science, that’s only half true. The words we use to frame our questions can shape the answers we find.

One of the lessons we have learned after years of arguing about those Martian rocks is that we are less sure than we thought about what the word “life” actually means. What does it mean to look for “life” from another planet if we can’t draw a clean line between “complicated chemical processes” and “life”?

For that matter, how do we know that other place is really a “planet”? Those who bemoan Pluto’s loss of status as a planet insist that the IAU’s decision is mere words; in their hearts they know better. But all the petitions in the world won’t change the fact that Pluto will always be an insignificant lump of ice, roughly a tenth the mass of our Moon and a thousand times smaller than Earth, in an irregular orbit among a crowd of other similar bodies.

Call it a planet or not, it is clear that Pluto itself hasn’t gone away, and its nature has not changed regardless of the label we hang on it. But those labels can change the context in which we look at scientific evidence. Seeing Pluto, the newly-named Enis (the dwarf planet [once thought to be] larger than Pluto, formerly known as 2003 UB313), and the other icy dwarfs as bodies different from either planets or asteroids should encourage us to develop new tools for exploring their natures. And we are less likely to insist on a general theory for the origin of “planets” that has to make both Plutos and Neptunes in the same region of space.

The power of words to change reality is clearer in a human context. Some words, like “I love you” or “I’m sorry,” only have power if they are sincerely believed and acted upon. But other words have a real effect no matter whether or not the listener believes them — “we’re pleased to accept you to our University” or “You’re fired!” Among the latter group are some of the most beautiful words in the Church’s language: “I absolve thee…” and “This is my body.”

Scientists like to pride themselves on their adherence to the hard facts and the cold equations, but the heat generated around the status of Pluto is a classic example of how science is also strongly influenced by human words. And that’s only to be expected. Science is a human activity, motivated by love and awe and joy, the emotions that science is capable of inspiring in the human soul.

And on a certain Saturday in September, another set of words produced a change, real and human, in my own life. With a few dozen words, my orbit and status was redefined, when I took my final vows as Jesuit brother.

[It’s hard to believe that the Mars Meteorite craziness is now almost 25 years past. Even harder to accept that I have been a Jesuit for 30 years, and that final vows happened in 2006, more than ten years ago…] 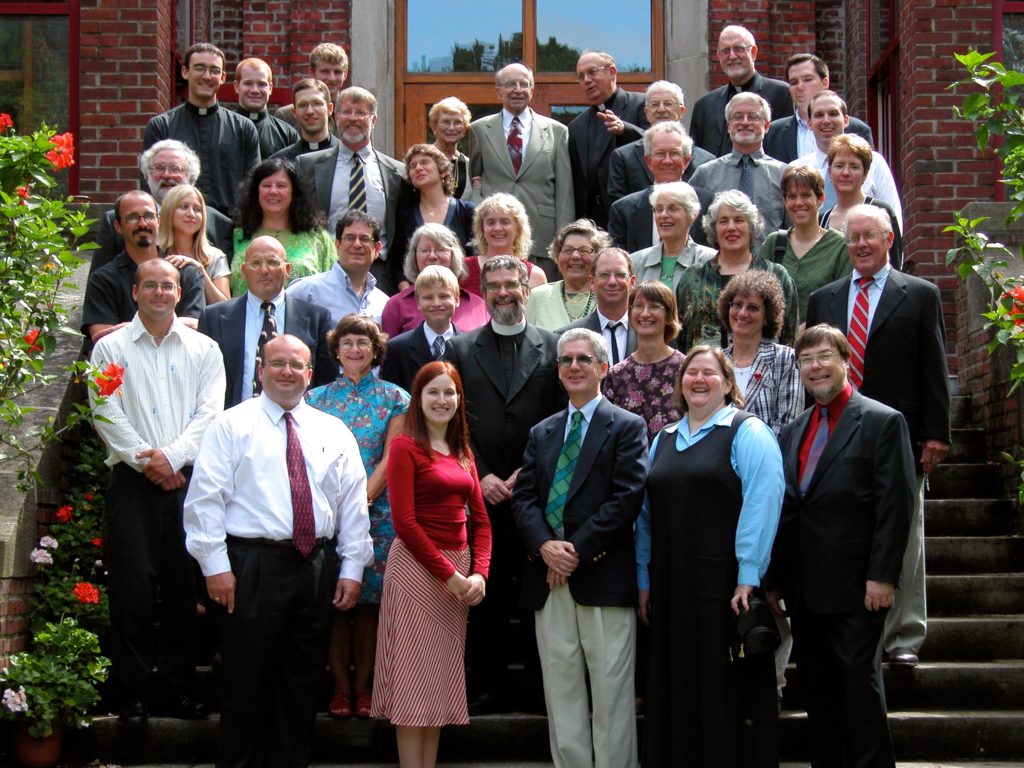 Friends and family at my vow day in 2006. Sad to say, a number of these people, including my parents (in the back, center), have since died. Others have since become parents, and grandparents!