This column first ran in The Tablet in June, 2010.

Travel, a favorite summer pastime, carries with it certain social perils. After I came back from my Peace Corps service, it was astonishing how often I would find myself uttering “when I was in Africa…” as every conversation would seem to trigger some memory I just had to share. Ten years later I added “when I was in Antarctica” to my repertoire. Thank God for patient friends.

I recall telling a colleague about a star-gazing trip I was planning to Australia in August. He lamented that his only trip there was cloudy the entire week, so he didn’t get a chance to see any of the southern stars. “The only time I remember ever getting to see the Southern Cross was out Shuttle’s porthole…” One-upped by an astronaut! (Thanks, Tom Jones.) 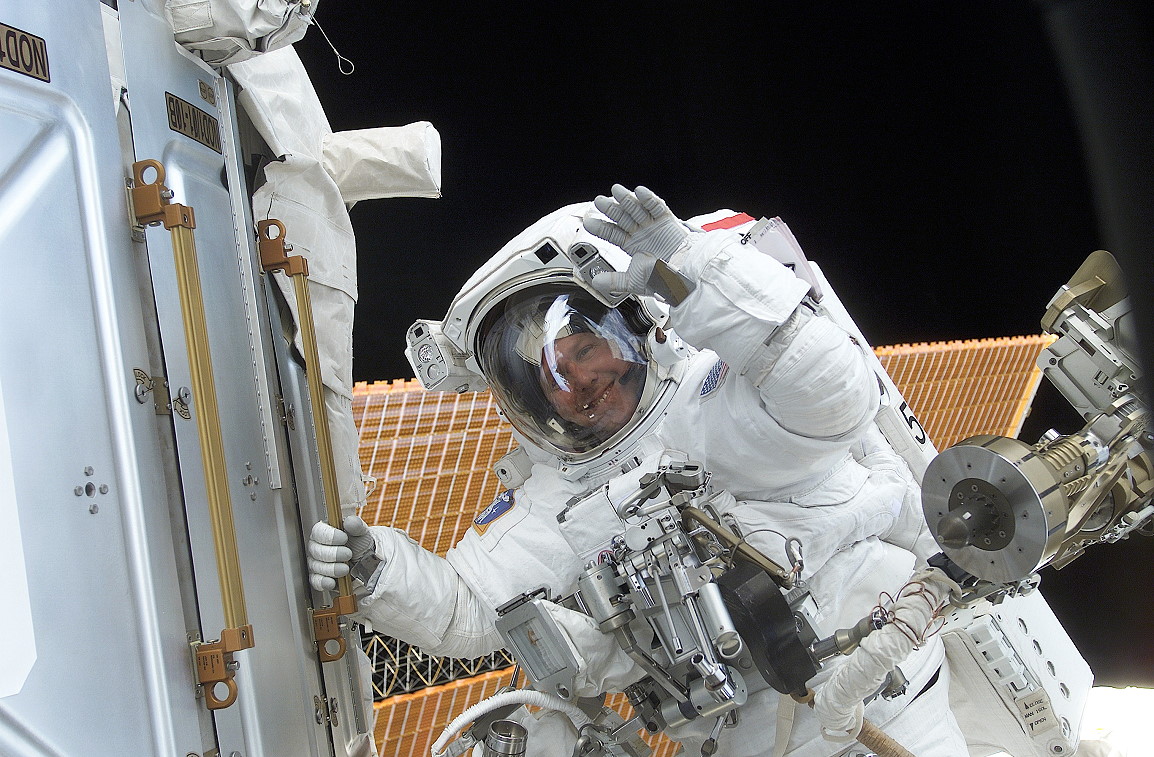 Tom Jones, getting a better view of the Southern Cross than I did. (I was also clouded out during that Australia trip…)

But even my astronaut friend has not had a voyage like the space probe Hayabusa. Launched by the Japanese Space Agency in 2003 (see “Souvenirs from Space”), it suffered a number of adventures en route to asteroid Itokawa… lost communication links, a failed reaction wheel, malfunctions in the pellet-shooter designed to blast dust from the asteroid’s surface into a canister for return to Earth. Problems with its ion drive made it three years late returning home. And yet, against all odds, earlier this month it found its way to the Australian outback. The sample canister made it back to Tokyo, to be x-rayed to see if it did manage to pick up any asteroid dust. It did. Here are images of some of the space dust found in the Hayabusa return capsule. Image via space.com

Why am I so excited about getting a piece of an asteroid? After all, I curate a collection of a thousand meteorites, virtually all of them pieces of asteroids; what’s one more? Ah, yes; but which asteroid does any given meteorite come from?

When I was a student, one of my professors had devised a primitive spectrometer to measure the colors of the asteroids and compare them to meteorites, to see if he could match the rock in hand with the planetoid it came from. His first attempt was a rousing success: a class of meteorites called “howardites” showed precisely the same colors as the brightest asteroid, Vesta. (Another spacecraft, Dawn, has now visited Vesta.) Alas, it was beginners luck; since then, no other spectrum of an asteroid has provided a unique, convincing match with a meteorite.

Oh, the colors can come close; and we’re clever enough to come up with excuses why the spectra don’t exactly match. But there’s always been a sneaking suspicion that we’re just fooling ourselves. What if most of the meteorites in our collection are not actually a good sampling of the asteroid belt in general, but rather they are merely all derived from one oddball asteroid that happens to be passing by Earth, shedding its pieces over the years? Sending probes to measure the compositions of asteroid surfaces remotely hasn’t worked; in every case, the results have been ambiguous. Without a piece in hand to analyze in detail, we can’t be sure exactly what we’re dealing with. (I am reminded of how we test our insights from personal prayer against tradition and Scripture.) Even one grain of asteroid sand should be enough to tell us, one way or another.

And once we know for sure, we can cite that ground truth ad nauseam in our attempts to understand the origin and evolution of all the other asteroids.

Shuttle missions that never return are tragedies. In the Peace Corps, they told us that going to Africa was only half our mission; the other half was to come back, changed from what we had experienced, to share with our neighbors at home. That’s why we travel… even at the risk of boring our friends.

[The results from the Hayabusa space dust confirm that, as the spectra taken from Earth suggested, the bits are consistent with the composition of a particular meteorite type known as an LL chondrite.]