This column first ran in The Tablet in July 2015 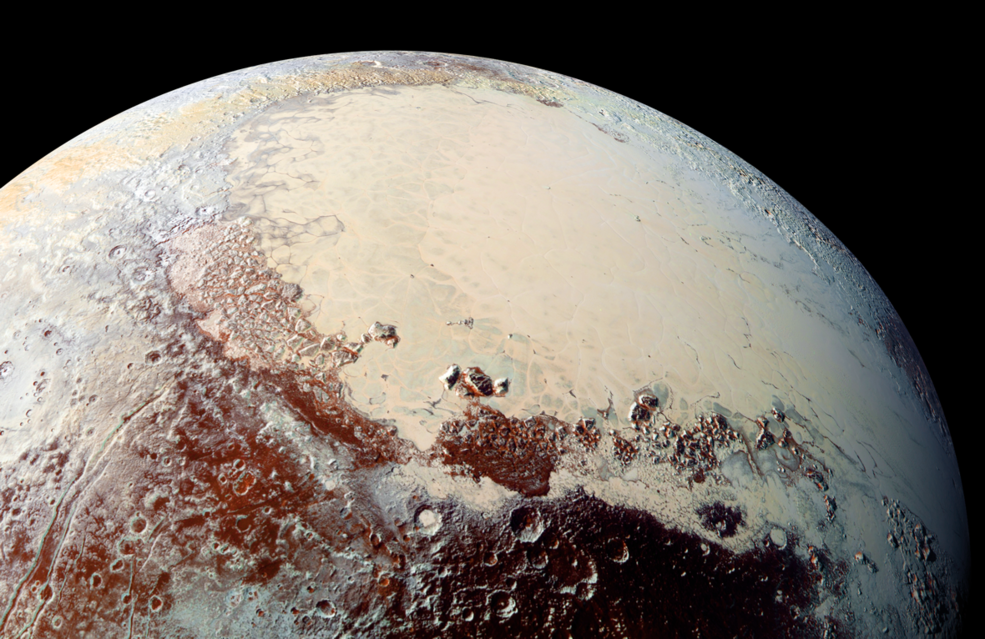 The wonderful excitement about Pluto, visited by the New Horizons spacecraft [July 2015], has resurrected the old issue of defining a “planet”. 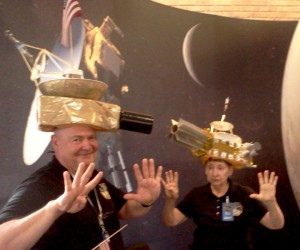 But why? Most people approaching this question have one clear goal: they want Pluto to be a planet. Once you realize that, you can make your definition clear and simple: “A planet is one of the bodies that I was taught was a planet when I was a child.” Of course, such a definition is useless for any other purposes.

The IAU, which defined Pluto and similar bodies as “dwarf planets” back in 2006, needed a definition so it could name such objects and the features on them, to know whose committee and what set of rules will apply. But there’s another aspect to this issue.

Fifteen years ago I was involved in a research program studying the Trans-Neptunian Objects (TNO) that orbit alongside Pluto, comparing their shapes and colors with where they orbit. But I kept running into the inconvenient fact that Pluto, which certainly needed to be included in our study, wasn’t listed in any of the tables of KBO orbits. Why? Because back then it was a planet, following a definition maintained mostly to make children happy.

Looking up one extra set of orbits wasn’t so hard, back then. But today we know of easily a dozen TNOs big enough to be “planets” like Pluto, with more to come, no doubt. I can’t be sure I have them all, if I have to go looking in separate tables.

Many definitions suggest that bodies with “interesting geology” (beyond mere craters) should be called planets. A similar suggestion says a planet is any object big enough for its gravity to pull itself into a sphere. That would include our Moon and many other planets’ moons, some much larger than Pluto.

A ball of ice that’s 500 kilometers in diameter can pull itself into a sphere. A ball of iron the same radius would be strong enough to hold itself up against its own gravity. But given their relative densities, the iron body could have eight times the mass as the icy guy. Would we really want to say the massive iron body is not a planet, but the icy body is?

Asteroid Vesta is covered with lavas, suggesting that it has had interesting geological processes in its past. But today you only see craters on its surface. And given its extensive battering by other asteroids in its early history, Vesta is visibly non-spherical today. But back when it was melted, it would have been quite spherical. Is planethood something that changes with time? (In fact, my colleagues and I have proposed that Vesta’s history is even more complicated; it could be a re-accreted collection of lavas from a different, or once larger, asteroid.)

Furthermore, geologists aren’t the only scientists playing in this sandbox. Before we thought about planets as places, we knew them as bodies with interesting orbits. And there is a clean divide between the eight bodies in our solar system whose orbits are stable against perturbations, and bodies (like Pluto, sorry) whose orbits are controlled and moved about by their larger neighbors.

Indeed, the “bones” of a solar system — the complex gravity fields that define what is stable and what isn’t — reflect how the solar system was formed. These orbits are not just curiosities. They are fundamental to what our solar system is, and how it got to be that way. By contrast, there is nothing fundamental about Pluto’s orbit. If Pluto weren’t there, the other planets would never notice.

Besides… Pluto doesn’t need to be a “planet” like us, to be worthy of our affection, or our study. That’s a form of cultural prejudice. Planetary scientists aren’t the only ones guilty of that.