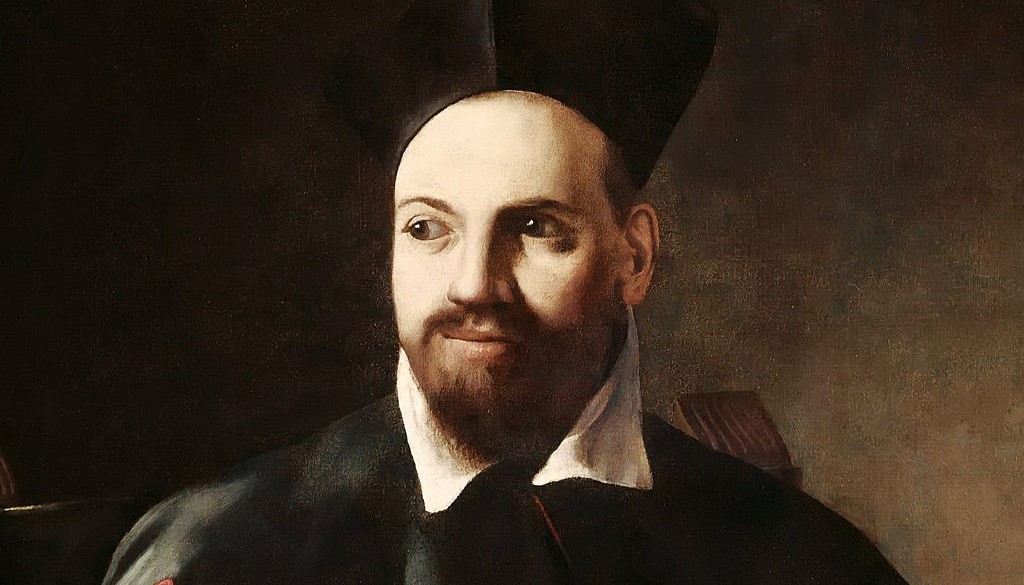 Cardinal Maffeo Barberini was a poet. He also had connections to the Accademia dei Lincei, or the Lincean Academy, the first international scientific society in modern science, founded by the Prince Federico Cesi of Rome in 1603. Galileo Galilei was a member of the Linceans.

In 1620, Barberini (picture above) wrote a Latin poem that included praises to Galileo. Here is a not-very-poetic translation of that poem, or at least of the part that includes Galileo (translation by yours truly, using a little more modern language; the original Latin is at the end of this post):

When the moon shines forth in heaven,
and sprinkles the glittering fires in a serene arc,
in a golden procession, then marvelous delight draws,
and holds fast, the eyes of people.

This person here admires the Evening Star shining forth,
the fearsome star of Mars,
and the sheen of the Milky Way.
That person there admires your light, O Polaris;

Still another marvels at the heart of the Scorpion,
or at the blazing Dog Star,
or at the attendants of Jupiter, or of Saturn (his father),
that were discovered by your glass, learned Galileo!

But when the first light of the sun,
risen from the clear horizon of the eastern sea,
brings back the day, it blazes alone,
and all are overawed by its flashing rays.

So no one rule of life
attracts the leading nobles among mortals.
This man, brimming with confidence and sure of triumphs,
undertakes horrid wars with flames and swords.

Here a good woman through peaceful means campaigns
to be advanced toward high office,
but a sick love of gold drives her away
to seek greater fortune on foreign shores.

A man delights in a well-set and sumptuous table,
yet loses his ancestral lands
and the dwellings of his forefathers
to the trickery of the dice.

The mind and the heart equally imagine
that nothing could be superior to the lot of kings,
and thus the lust for such things seizes
some people through vain allure of their appearances,
others through the hobgoblin of their possessions.

Exterior radiance does not always mean
interior brilliance. Consider the dark blemishes
on the sun (who would have believed it?)
revealed by your craft Galileo.

The poem continues on, talking about kings and so forth, but all the astronomy stuff is included here. Barberini sent the poem to Galileo with a nice note of August 28, 1620 (and now, O Reader, you know why this is today’s post!). In the note he told Galileo that his intent with the poem was “to dignify it with your name” and that he hoped Galileo would accept it as a “little demonstration of goodwill I show to you”, referring to Galileo as a brother.

On August 6 of 1623, Barberini was elected Pope Urban VIII. That October, Galileo’s book the Assayer was published under the auspices of the Lincean Academy, and dedicated to Urban. In 1624 Galileo went to Rome for about six weeks, and during that time he had weekly audiences with Urban.

But when Galileo published his Dialogue Concerning the Two Chief World Systems, Ptolemaic and Copernican in 1632, he seriously ticked off his buddy Pope Urban VIII.

On September 5 of 1632 the Tuscan ambassador to Rome (Galileo was employed by the Grand Duke of Tuscany) wrote a letter to his boss describing how Urban “exploded into anger” over the book and said he had been “deceived” by Galileo. The ambassador said that when he had asked the Pope what was the difficulty, Urban answered violently that Galileo should know since it was something Urban had discussed with Galileo in person. Exactly what this was is not known—one guess is that Galileo did put some of the Pope’s favorite ideas in the mouth of the dumbest character in the Dialogue, a guy named Simplicio, so perhaps Urban felt insulted and betrayed by a friend he had supported. At any rate, Urban, abusing his power, had his old “brother” summoned to Rome (under threat that if he did not show on his own he would be hauled there in chains), and you know the rest of the Galileo story.

Sometimes you read things to the effect that Galileo’s opponents put him on trial while refusing to even look through his telescope, or were science deniers who refused to accept his discoveries. Pope Urban VIII ended up being Galileo’s greatest opponent, and he put Galileo’s telescopic discoveries into verse—that is, before he became infuriated with his “brother”.