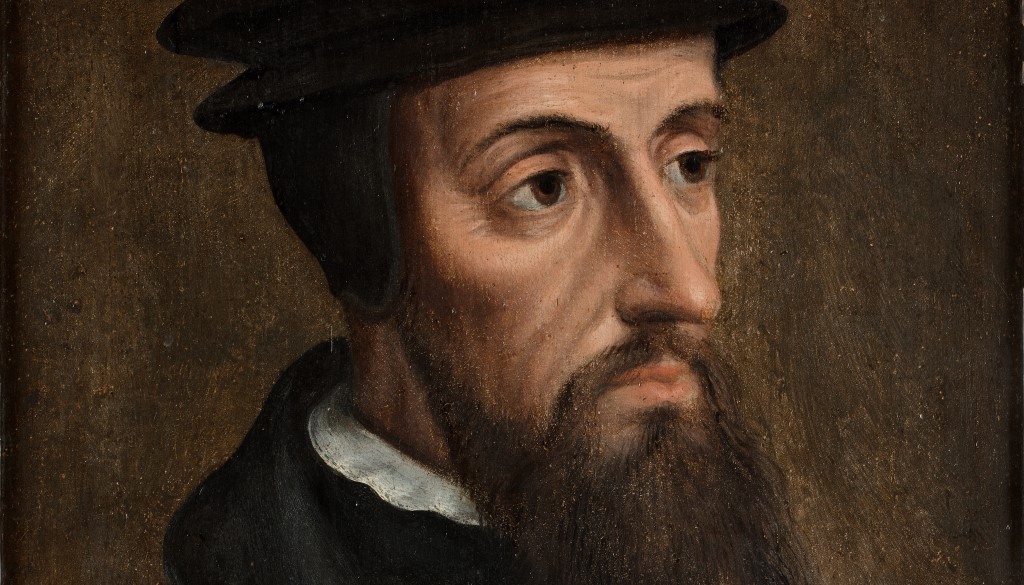 Q: What Big Name from the Protestant world was a big fan of astronomy?

Last week’s post (click here for it) featured the question of whether the Church has regularly rejected science, and in particular astronomy, over most of its long history.  Of course the answer was “no”.  The example that illustrated that answer was the question of the “two great lights” in the heavens (sun and moon) mentioned in Genesis (1:14-16).

Long, long before the telescope was invented, astronomical observations and calculations, such as those made by Ptolemy in the 2nd century, showed that the stars had to be larger than the moon.  That meant the moon is not truly one of the heavenly “great lights”.  St. Thomas Aquinas and St. Augustine, and others, did not reject astronomy because it was contrary to scripture here; they simply interpreted scripture as describing the moon as it appears to us, not in absolute terms.  “For though the stars be of greater bulk than the moon,” said Aquinas, “as far as the senses are concerned, its apparent size is greater.”

Calvin agreed with Aquinas.  He did more than agree.  He really drove the point home—far more than Aquinas or Augustine.

Consider the following, from Calvin’s commentary on Genesis.  Note how he makes the same point as Aquinas regarding the two great luminaries, but with many more words and a lot of pro-astronomy gusto:

Moses [in Genesis] makes two great luminaries; but astronomers prove, by conclusive reasons that the star of Saturn, which on account of its great distance, appears the least of all, is greater than the moon.  Here lies the difference; Moses wrote in a popular style things which without instruction, all ordinary persons, endued with common sense, are able to understand; but astronomers investigate with great labor whatever the sagacity of the human mind can comprehend.

Nevertheless, this study is not to be reprobated, nor this science to be condemned, because some frantic persons are wont boldly to reject whatever is unknown to them.  For astronomy is not only pleasant, but also very useful to be known: it cannot be denied that this art unfolds the admirable wisdom of God.  Wherefore, as ingenious men are to be honored who have expended useful labor on this subject, so they who have leisure and capacity ought not to neglect this kind of exercise.

Nor did Moses truly wish to withdraw us from this pursuit in omitting such things as are peculiar to the art; but because he was ordained a teacher as well of the unlearned and rude as of the learned, he could not otherwise fulfill his office than by descending to this grosser method of instruction.  Had he spoken of things generally unknown, the uneducated might have pleaded in excuse that such subjects were beyond their capacity.

Lastly since the Spirit of God here opens a common school for all, it is not surprising that he should chiefly choose those subjects which would be intelligible to all.  If the astronomer inquires respecting the actual dimensions of the stars, he will find the moon to be less than Saturn; but this is something abstruse, for to the sight it appears differently.  Moses, therefore, rather adapts his discourse to common usage.  For since the Lord stretches forth, as it were, his hand to us in causing us to enjoy the brightness of the sun and moon, how great would be our ingratitude were we to close our eyes against our own experience?

There is therefore no reason why janglers should deride the unskilfulness of Moses in making the moon the second luminary; for he does not call us up into heaven, he only proposes things which lie open before our eyes.  Let the astronomers possess their more exalted knowledge; but, in the meantime, they who perceive by the moon the splendor of night, are convicted by its use of perverse ingratitude unless they acknowledge the beneficence of God.

Calvin here chooses for his example the “star” Saturn rather than a “fixed” star, but since Ptolemy had the fixed stars located just beyond Saturn, and since to the eye Saturn looks like many a star, the point here is the same—an apparently small light in the sky must actually exceed the moon in terms of true bulk.

Calvin speaks of this also in his commentary on Psalm 136, which in verses 7-9 also speaks of the great lights:

Moses [in Genesis 1:16] calls the sun and moon the two great lights, and there is little doubt that the Psalmist here borrows the same phraseology.  What is immediately added about the stars, is, as it were, accessory to the others.  It is true, that the other planets are larger than the moon, but it is stated as second in order on account of its visible effects.  The Holy Spirit had no intention to teach astronomy; and, in proposing instruction meant to be common to the simplest and most uneducated persons, he made use by Moses and the other Prophets of popular language, that none might shelter himself under the pretext of obscurity, as we will see men sometimes very readily pretend an incapacity to understand, when anything deep or recondite is submitted to their notice.  Accordingly, as Saturn though bigger than the moon is not so to the eye owing to its greater distance, the Holy Spirit would rather speak childishly than unintelligibly to the humble and unlearned.

Galileo is often cited as having said that the Bible is written to show us, “how one goes to heaven and not how heaven goes” (Galileo himself attributing this phrase to Cardinal Cesare Baronio).  Well, Calvin beat the Cardinal and Galileo to this idea by a century.

Calvin was alive in 1543 when Nicolas Copernicus’s On the Revolutions of Celestial Spheres was published.  Calvin was no fan of Copernicus’s idea that the Earth orbits the sun annually, and rotates on its own axis daily:

We will see some who are so deranged, not only in religion but who in all things reveal their monstrous nature, that they will say that the sun does not move, and that it is the earth which shifts and turns.  When we see such minds we must indeed confess that the devil possesses them, and that God sets them before us as mirrors, in order to keep us in his fear.  So it is with all who argue out of pure malice, and who happily make a show of their imprudence.  When they are told: “That is hot,” they will reply: “No, it is plainly cold.” When they are shown an object that is black, they will say that it is white, or vice versa.

Indeed, Calvin strongly supported interpreting Genesis 1:16 as speaking of the moon and stars appearing “great” to our eyes—and simultaneously praised astronomy as a “pleasant” art that “unfolds the admirable wisdom of God”, one for which “ingenious men” should be honored for their “useful labor”, and one that produces “exalted” knowledge that can be “conclusive” even when contradicting Genesis.  He could have likewise strongly supported interpreting Ecclesiastes 1:5 (“The sun rises and the sun goes down; then it presses on to the place where it rises”) as also speaking of how things appear to our eyes.  Even today we speak of sunrises and sunsets, despite every schoolchild learning that the Earth turns.  But for Calvin to have supported that interpretation of Ecclesiastes, he presumably would have needed evidence in support of Earth’s motion that was as convincing as the evidence in support of the moon’s size vs. the stars.

We can presume that Augustine and Aquinas would have thought likewise.  So would many who opposed Copernicanism.  But Calvin is the one who laid it all out with such gusto.