The area around Tycho is so busy that you have to study it in pieces. Here we start with Tycho (88km dia.) on left of center fand look to the east (right). One of the first things we run into is below and east of Tycho and the largest named crater in this image, Maginus (168km) an oft overlooked crater lying between the spectacular Tycho and magnificent Clavius (just off the southern edge of this image). Between Tycho and Maginus is the crater Street ( 60km). Then below and to the right of Maginus is a sideways Mickey Mouse formed by three craters. The larger crater in this trio is Deluc (49km). From Tycho going east we see Pictet (65km) almost adjacent and further is Saussure (56km) with and interesting flat bottom. Above this last crater is another large one, Orontius (126km) with a triplet of craters just east of it in order, Huggins (66km), Nasireddin (54km) and above it Miller (77km). Notice the central peak in this last crater and the material flooded into the southern floor up to that peak. Nasireddin has some nice terraced walls to enjoy and a curious merge of three craters just outside the southeastern wall. But by far the most interesting terraced walls are in the crater due north of Tycho near the top edge of this image. This is Ball (43km) on the southern edge of Deslandres just outside this north edge of this image.

Notice over this whole image there is a splattering of secondary craters from 5km diameter on down beyond the resolution limit of this image (about 1.5km). Many of these were created in the Tycho impact around 100 million years ago while most the rest of the large craters in this image range from 3.8-4.5 billion years in age. Many of the secondary craters form alignments or streams pointing back at Tycho like the horizontal one in the middle of the image and the one radiating away from Tycho at about 10 o’clock. The more you look, the more you’ll see. 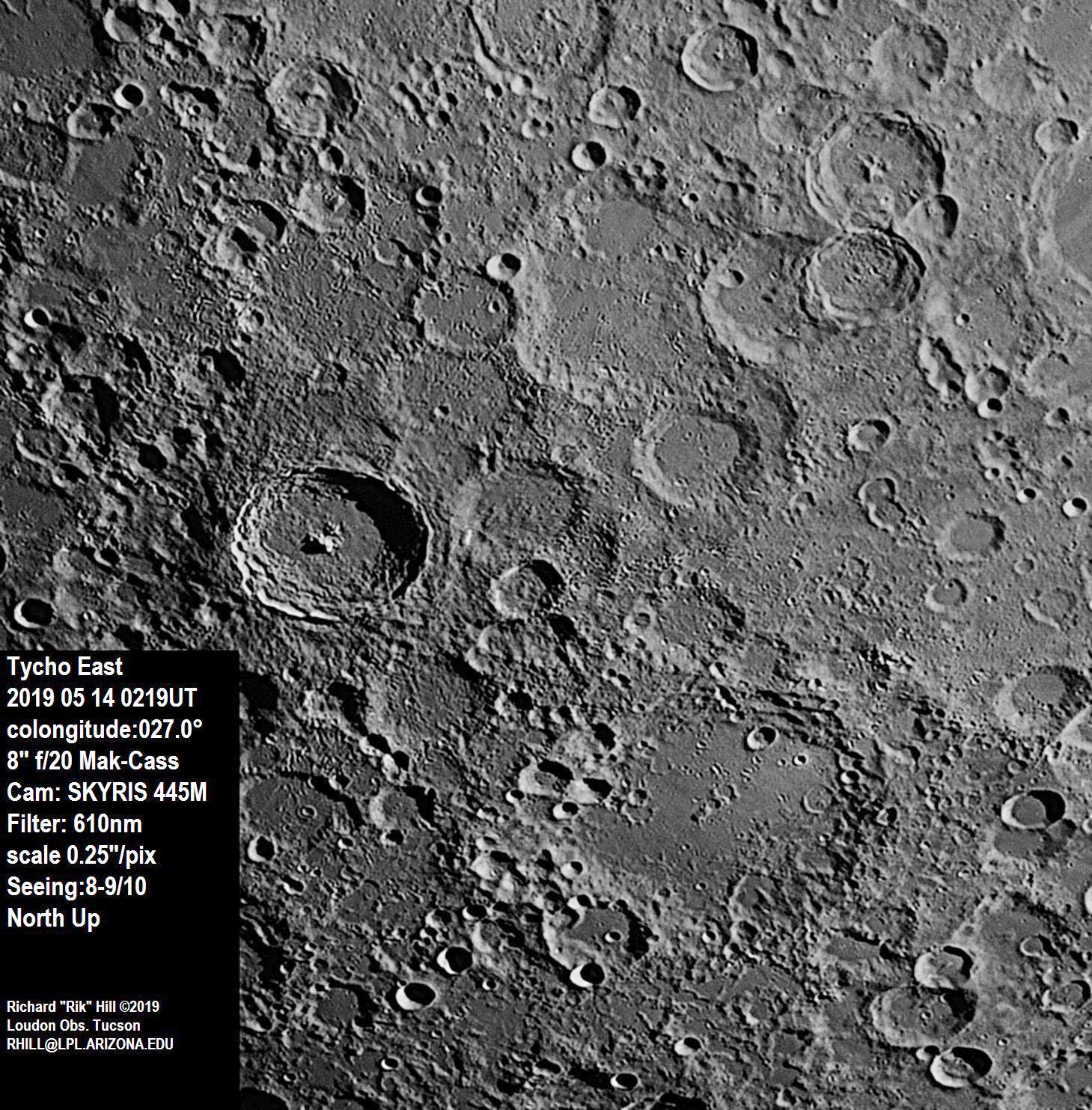