Dawn’s spiral descent from its second mapping orbit (survey), at 4,400 km, to its third (HAMO), at 1,470 km. The two mapping orbits are shown in green. The color of Dawn’s trajectory progresses through the spectrum from blue, when it began ion-thrusting in survey orbit, to red, when it arrives in HAMO. The red dashed sections show where Dawn is coasting for telecommunications. Image credit: NASA/JPL-Caltech

Artist’s concept of Dawn thrusting with ion engine #2. The spacecraft captured the view of Ceres in June, with the intriguing cone visible on the limb at lower left. Image credit: NASA/JPL-Caltech/UCLA/MPS/DLR/IDA

NASA’s DAWN mission has entered into its High Altitude Mapping Orbit over Ceres; in addition to acquiring even higher resolution images of the dwarf planets cratered surface, Dawn will make use its color filters to gather more data about the nature of its surface, and its visible and infrared mapping spectrometer will collect spectra to help determine Ceres’ surface composition, temperature, and other properties.

The DAWN spacecraft will remain in this orbit until the end of October, when it will engage its ion engine again, and begin spiraling down towards its Low Altitude Mapping Orbit – which it should achieve in mid-December.

I’ve completed my spiral descent to my new orbit, #HAMO! Avg altitude 915 mi (1470 km) above #Ceres. I expect to start mapping next week Map of Ceres, constructed from data collected by NASA’s Dawn spacecraft, showing the dwarf planet’s surface with features that have been named as of August 14, 2015. Image credit: NASA/JPL-Caltech/UCLA/MPS/DLR/IDA 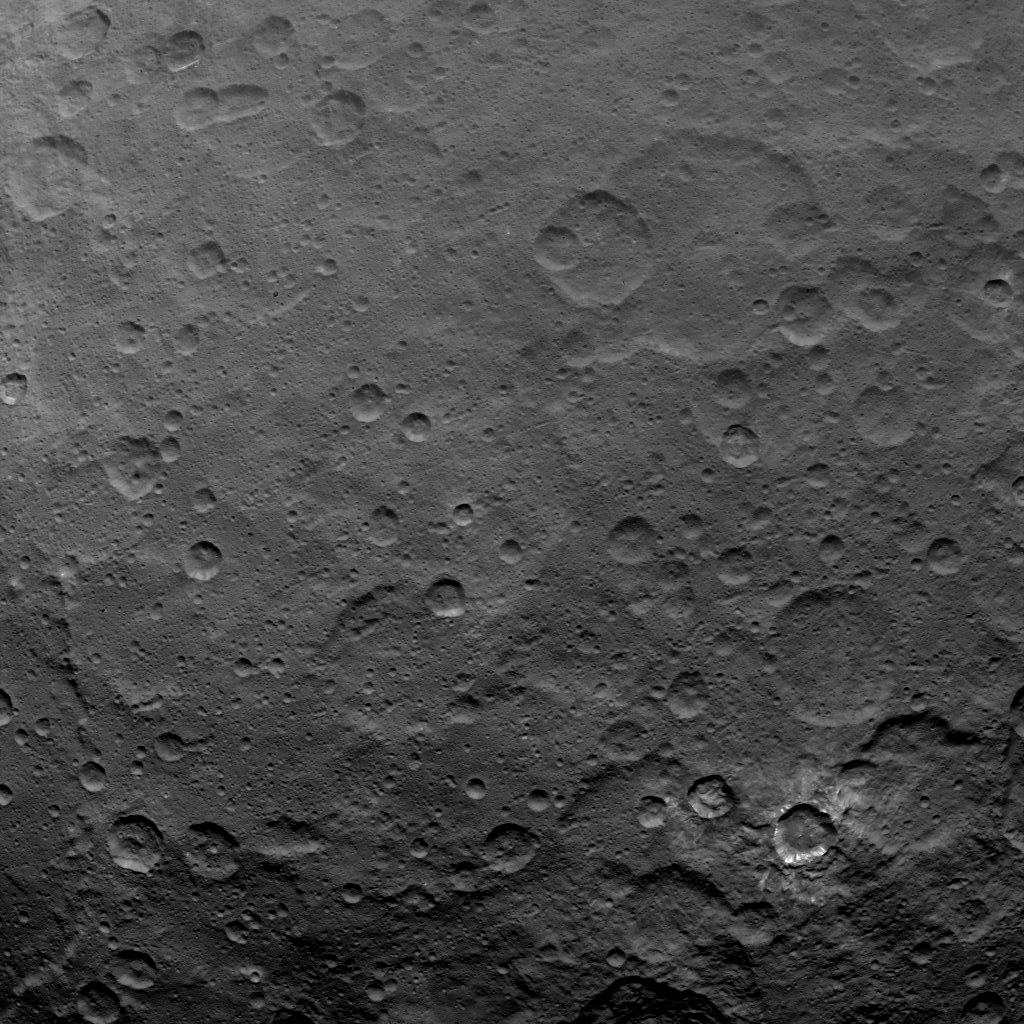 The image shows a portion of the southern hemisphere of Ceres from an altitude of 4,400 km, featuring a crater at lower right with a sharp rim and bright material on its walls. Image Credit: NASA/JPL-Caltech/UCLA/MPS/DLR/IDA