The Dawn spacecraft observed Ceres for an hour on Jan. 13, 2015, from a distance of 238,000 miles (383,000 kilometers). A little more than half of its surface was observed at a resolution of 27 pixels. This animated GIF shows bright and dark features. Image Credit: NASA/JPL-Caltech/UCLA/MPS/DLR/IDA/PSI

As NASA’s Dawn spacecraft closes in on Ceres, new images show the dwarf planet at 27 pixels across, about three times better than the calibration images taken in early December. These are the first in a series of images that will be taken for navigation purposes during the approach to Ceres.

“We know so much about the solar system and yet so little about dwarf planet Ceres. Now, Dawn is ready to change that,” said Marc Rayman, Dawn’s chief engineer and mission director, based at NASA’s Jet Propulsion Laboratory in Pasadena, California.

The best images of Ceres so far were taken by NASA’s Hubble Space Telescope in 2003 and 2004. This most recent images from Dawn, taken January 13, 2015, at about 80 percent of Hubble resolution, are not quite as sharp. But Dawn’s images will surpass Hubble’s resolution at the next imaging opportunity, which will be at the end of January.

Ceres is the largest body in the main asteroid belt, which lies between Mars and Jupiter. It has an average diameter of 590 miles (950 kilometers), and is thought to contain a large amount of ice. Some scientists think it’s possible that the surface conceals an ocean.

Dawn’s arrival at Ceres will mark the first time a spacecraft has ever visited a dwarf planet.

“The team is very excited to examine the surface of Ceres in never-before-seen detail,” said Chris Russell, principal investigator for the Dawn mission, based at the University of California, Los Angeles. “We look forward to the surprises this mysterious world may bring.”

The spacecraft has already delivered more than 30,000 images and many insights about Vesta, the second most massive body in the asteroid belt. Dawn orbited Vesta, which has an average diameter of 326 miles (525 kilometers), from 2011 to 2012. Thanks to its ion propulsion system, Dawn is the first spacecraft ever targeted to orbit two deep-space destinations. 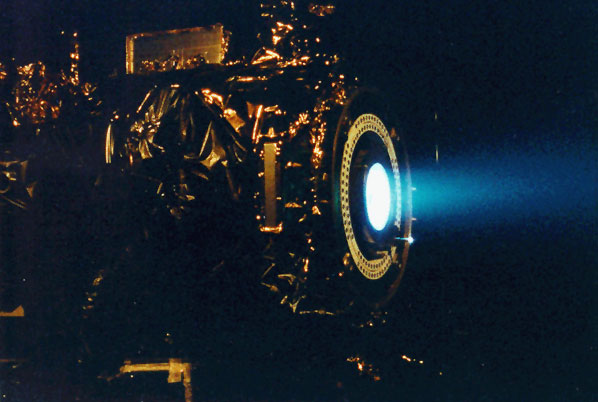 JPL manages the Dawn mission for NASA’s Science Mission Directorate in Washington. Dawn is a project of the directorate’s Discovery Program, managed by NASA’s Marshall Space Flight Center in Huntsville, Alabama. The University of California at Los Angeles (UCLA) is responsible for overall Dawn mission science. Orbital Sciences Corp. in Dulles, Virginia, designed and built the spacecraft. The Dawn framing cameras were developed and built under the leadership of the Max Planck Institute for Solar System Research, Gottingen, Germany, with significant contributions by German Aerospace Center (DLR), Institute of Planetary Research, Berlin, and in coordination with the Institute of Computer and Communication Network Engineering, Braunschweig. The Framing Camera project is funded by the Max Planck Society, DLR, and NASA/JPL. The Italian Space Agency and the Italian National Astrophysical Institute are international partners on the mission team.

More information about Dawn is online at http://dawn.jpl.nasa.gov.

I gave a lecture about the Dawn mission at Vesta to the Warren Astronomical Society in March of 2013 – it was the first Space Science lecture I’d given as a volunteer NASA/JPL Solar System Ambassador, and my first time lecturing at the Cranbrook Institute of Science. I’ll be giving a lecture about Dawn at Ceres at PenguiCon in late April, and to the WAS on June 1, 2015.