Here we have the east coast of Mare Nectaris. There are some real treats here. The wonderful keyhole shaped crater above center is Gutenberg (77km dia) with smaller Gutenberg C (45km) forming the keyhole shape to the south. To the north are the Rimae Gutenberg looking like three roughly parallel scratch marks heading off to the northwest. Michael Collins got great images of these rimae from the Apollo 11 command module under the file name AS11-42-6313. Then east of Gutenberg is the oddly shaped crater Goclenius (56km) with Rima Goclenius stretching from its north wall some 247 km north to Gutenberg E (28km) the broken crater that intrudes on the northeast wall of Gutenberg. Slightly north and to the west on the terminator, is the shadow filled crater Capella (51km). Very dramatic mountains and formations here can be seen as the sun rises further. To the southwest of Gutenberg is a small but interesting crater Guadibert (34km) just a ring with a central peak here. Further drama is added to this region by the mountainous plateau adjacent to the south of Gutenberg C.

Just south of Goclenius is a mountainous plateau south of Gutenberg C. Further on is a flat floored crater Magelhaens (43km). A couple hundred kilometers south of Magelhaens is the much larger Columbo (78km). The craters between them are satellite craters of these two. But the little dark crater north and east (right) of Columbo is a named crater, Bellot (only 17km!). This whole area is dramatic and always catches the eye when near the terminator. 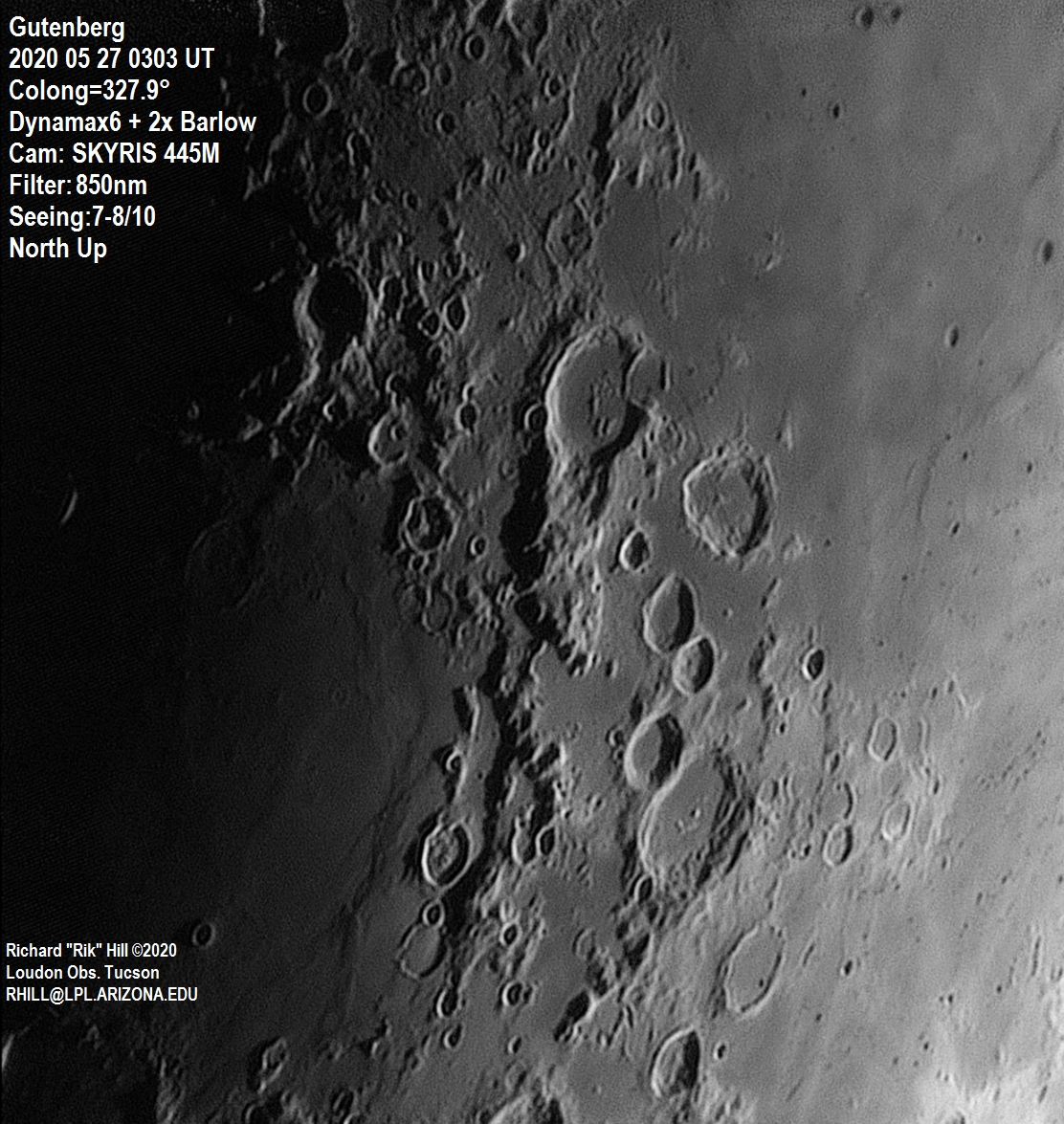