Skip to content
Encore: on Wednesdays (or *ahem* sometimes Thursday’s), we repost the best posts from previous months, and make them publicly available. To comment, please see the original post.

It was Einstein who first hypothesized that the universe is homogeneous and looks the same in all directions (isotropic). A century later this hypothesis still holds, and yet we do not know exactly why this should be the case.

By describing the universe as homogeneous and isotropic, Einstein did not mean to say, for example, that a small town in India will look the same as a small town Indiana. Rather, Einstein’s hypothesis refers to the fact that the patterns that millions of galaxies make on the sky look similar in all directions. So the pattern that one million galaxies makes on the sky looks the same as the pattern that a different one million galaxies will look like in a different direction of the sky.

How can this be?

Astronomers do not know the answer for certain. The best guess we have is that at one point in history the universe really did have the properties of a single small town. We think that early on in the universe’s history, and long before the first stars and planets ever existed, a small portion of the then small universe suddenly exploded. The event would have been dramatic, but importantly would not have had the property of destroying any matter. Instead, a small part of the universe basically just ‘ballooned’ out. 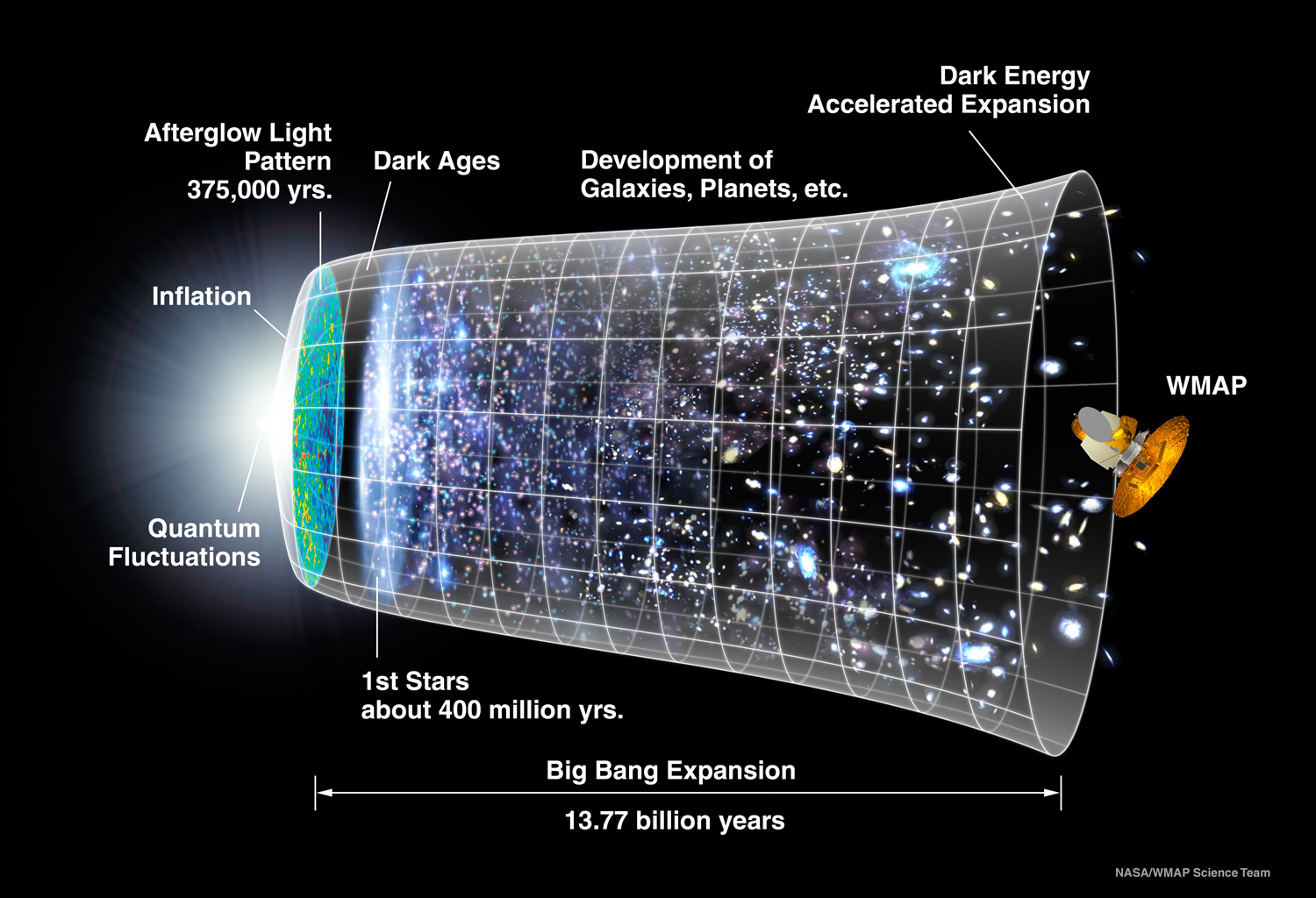 A representation of the evolution of the universe over 13.77 billion years.
Credit: NASA / WMAP Science Team

A short time later this explosive expansion stopped and only the more ‘gentle’ situation of universal expansion discovered by Edwin Hubble remained. We call this short, explosive expansion phase inflation. As a result of inflation, galaxies that were neighbors beforehand and shared similar physical attributes continued to share the same physical attributes after inflation even though they are now on separated by vast distances.

The race to see if inflation is the correct explanation to support Einstein’s hypothesis is one of the most active fields of astrophysics today.