Urban legend buffs are familiar with the claim that the Great Wall of China can be seen from the Moon (or somewhere else in outer space). Nobody knows quite where this idea comes from. 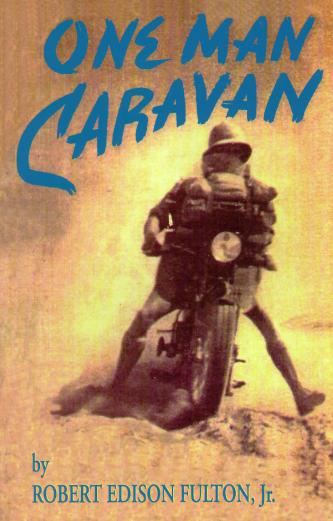 Cover art for One Man Caravan.

I’ve been reading One Man Caravan by Robert Edison Fulton, Jr. published in 1937 by Harcourt, Brace, and Company.

Departing London in 1932, Fulton rode around the world on a motorcycle, or anyway, he covered 40,000 miles through Europe, the Middle East, India, Indonesia, Indochina, China, Japan, and the United States, relying on steamships for the wetter parts of the world. Good book. I was interested in him because he later invented the Airphibian flying car and the bizarre Fulton Skyhook rescue device. See his obituary for more.

While reading, I was startled to find a reference to the Great Wall space myth in this 1937 book.

“As I turned southward from Kaifeng, once again to run along the banks of the Grand Canal, it seemed to me more incredible than ever that the Chinese had built that one great work of Man which scientists maintain can be recognized as human effort by the Man in Mars; and that, none the less, they should have such terrible roads in their country. Maybe the Man in Mars was looking down through his telescope the day I passed, and recorded the progress of some strange insect along the Canal banks.”

“Where did this belief come from? The exact source is unknown, but the earliest citing we have comes from Richard Halliburton’s Second Book of Marvels, the Orient, published in 1938, which states that ‘Astronomers say that the Great Wall is the only man-made thing on our planet visible to the human eye from the moon.’ Halliburton was an adventurer-lecturer whose travel writings were extremely popular and sold quite well during the first half of the twentieth century (and who wasn’t above spinning tall tales in order to enthrall an audience), and if he himself wasn’t the originator of this factoid, he undoubtedly helped it to spread widely.

Whatever its source, since the Great Wall claim antedates man’s launching of satellites (and thereby the possibility of photography from space) by decades, it was not the outgrowth of a misinterpreted photograph taken by satellite or a manned space mission. The Great Wall of China extends for some 1,500 miles (although it is actually a series of walls rather than one contiguous wall), and the claim that it is visible from the moon was probably an attempt to find a concise way of conveying the grand scale of the wall to people who had never seen it (outside of black-and-white photographs that could only reproduce small portions of the wall) and of asserting the triumph of man’s mastery of the vastness of nature (i.e., even if we couldn’t travel into space ourselves, we’d already constructed a man-made object of such large scale that it would surely be visible all the way from from the moon).”

So I have found a source at least a year younger than Halliburton’s book. Unfortunately, there’s no indication how Fulton learned of the canard. Apparently it was common “knowledge” in the mid-1930s.

The mention of a “Man in Mars,” and of a telescope, hints that some astronomer may have worked out the Great Wall example for a particular size of telescope, and claimed that observers on Mars could see the thing. Perhaps this got distorted as it got repeated in various forums.

I’m hoping that the impending digitization of huge numbers of old books by Google Books project will lead to earlier instances of the Great Wall claim. 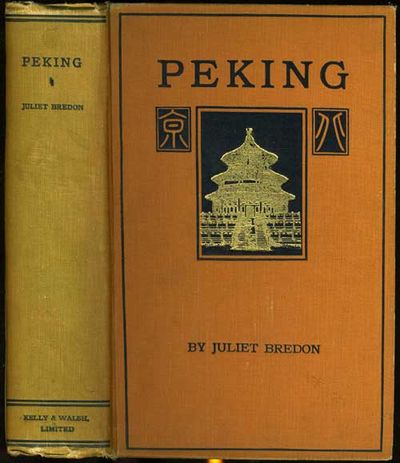 Cover of the book Peking.

As an example, a search of books.google.com turns up Peking: A Historical and Intimate Description of its Chief Places of Interest by Juliet Bredon, first published in 1919 in Shanghai.

“There are many other places where this impressive barrier– the only work of man’s hands supposed to be visible from Mars– may be seen, as it stretches for…”

So this canard stretches back at least to 1919, and it may possibly have originated with an astronomer. 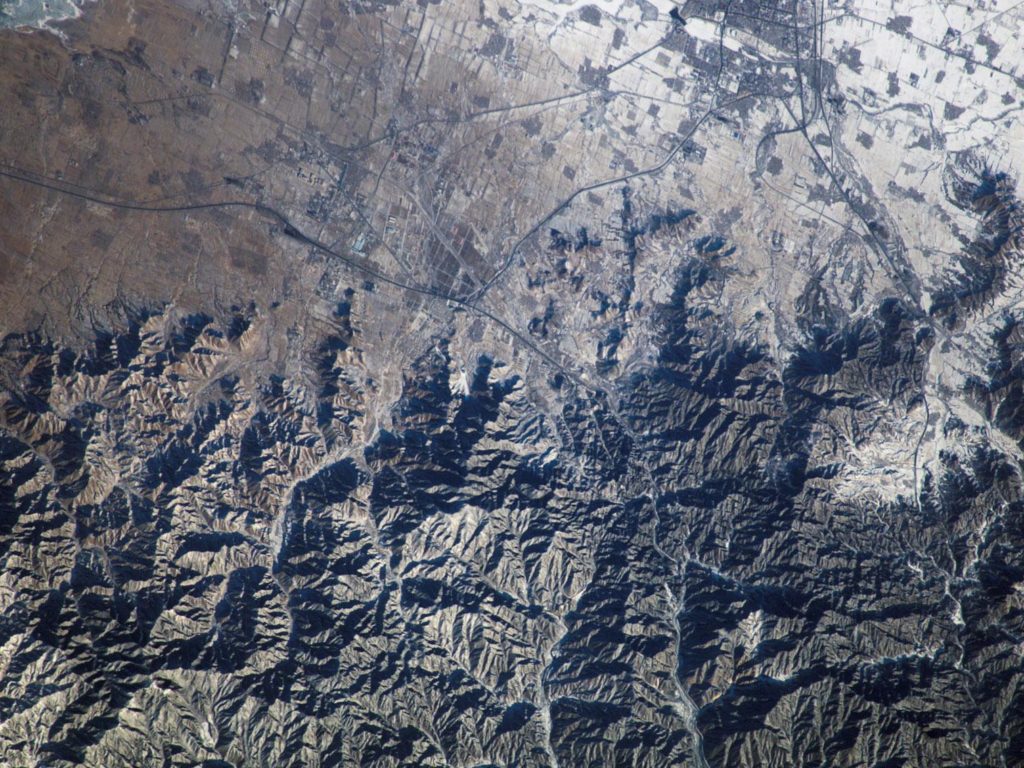 6  |  Encore: “And Do Not Return There till They Have Watered the Earth:” Wondering about Hebrews & Hydrology