Skip to content
I get fan mail now and then; but this one included a poem, which I thought I would share, just for the fun of it!
Dr. Will Buckingham is a reader in Writing and Creativity at De Montfort University, in Leicester, England, adjacent to the River Soar. He’s the author of a number of books, both academic and fiction, including children’s books.
He included this note: “I was rummaging through some old boxes prior to moving house, and I stumbled across a bunch of notebooks from something like ten years back. Leafing through, I found a short poem that I’d written having seen you talk at the science museum in Birmingham. A few days after the talk, if I remember rightly, I was teaching a writing class, and I was encouraging my students to write sonnets, so I weighed in and produced the attached poem. The title is ‘The Pope’s Astronomer’’. I’m more of a fiction/philosophy writer than a poet, but it was fun to write.”
With his permission, here’s the sonnet: 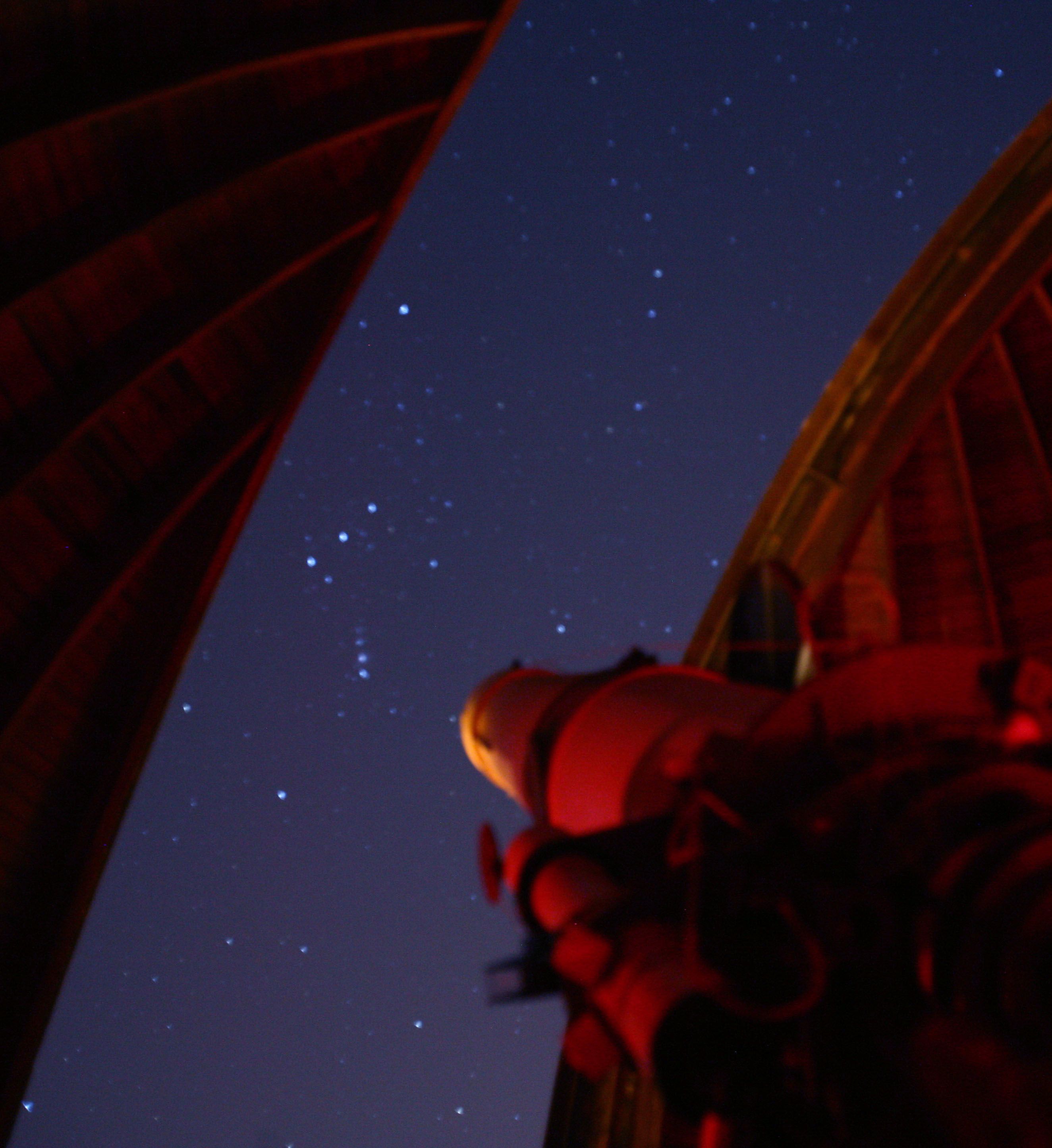 Orion captured through the slit of the Visuale telescope at Castel Gandolfo. Credit: Alfredo Matacotta
The Pope’s AstonomerThe Pope’s astronomer climbs up the stair,  of the observatory upon the hill  above the Vatican; he says, “It’s fairand warm tonight. The clouds are gone. I willalign my telescope with distant stars  and contemplate the greatness of the Onewho forged this curious universe of ours,  that vast abyss of emptiness, these suns!”“Of course,” — he checks himself — “it’s hardly proof  of Christian faith. Saint Anselm put it best:from faith comes understanding of the truth  and not vice versa. Thus I must confess:these endless nights spend gazing at the sky  might tell us how, but may not tell us why.”