(This column was first published in The Tablet, December 2004, and first run here at the Catholic Astronomer back in 2014, when we were very young…)

Like everyone in the congregation that night, [many] years ago, I was struck by the sight of three of my fellow Jesuit community members from the Vatican Observatory on the altar at Midnight Mass: Fr. Sabino Maffeo, wise and vigorous looking even at his advanced age; Fr. Giuseppe Koch, with his wizard-like flowing white beard; and Fr. Jean-Baptiste Kikwaya, young, tall, and African. We astronomers had traveled from the east (all of ten kilometers, from Castel Gandolfo) to celebrate Christmas with the Jesuits at the Massimo High School in Rome.

The echo was amusing, if obvious. Indeed during this season, ending at Epiphany with the arrival of the Three Wise Men, inevitably we astronomers asked about the Star of Bethlehem.

What was the star? We don’t know. We weren’t there.

There are plenty of theories, some more likely than others, but none of them are certain. Some people are convinced that the story of a star is but a devout bit of myth-making, invented by St. Matthew (the only evangelist to tell the story) as a way of emphasizing Jesus’ kingship. Others have identified this star with a chance alignment of planets, or a comet, or a supernova. My own favorite theory comes from a book by the American astronomer Michael Molnar, Star of Bethlehem: The Legacy of the Magi (Rutgers University Press, 2000). 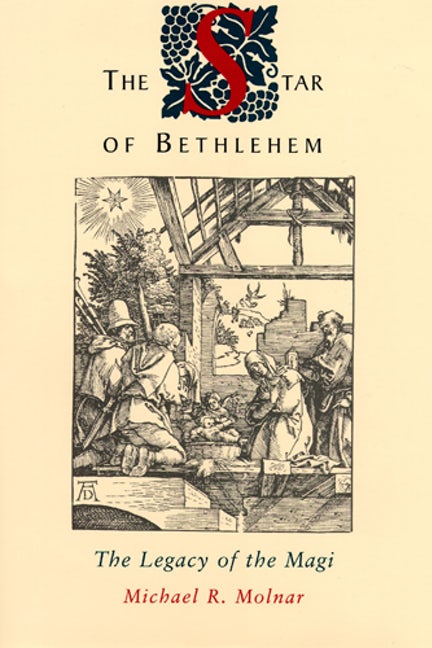 Molnar starts with three things in the story that puzzled him, and always puzzled me. First, any celestial phenomena high up enough to be visible “in the east” would be high above a very wide swath of territory; indeed any comet or nova or alignment of planets would have the whole world spinning underneath it. How could something in the sky lead the astrologers specifically to Jerusalem?  Secondly, comets and supernovae are rather frightening phenomena, putting an unpredictable (and unpredicted) light in a sky that normally is most comforting for being so beautifully and soothingly regular in its motions; hence comets and the like have traditionally been omens of bad fortune. What kind of celestial event would signify the birth of a king? And finally, if it was a spectacular celestial event, then why didn’t everybody see it? Why did it take Wise Men (and foreigners, at that) to notice it?

Molnar answers all three in terms of the astrology of the day. Each region of the world was associated with a different Zodiac sign, he says, with the region around Jerusalem being connected with Aries, the Ram. (He brings various bits of evidence, such as local coins featuring leaping rams, to bolster this point.) He uses the well-known astrological alignment of planets and the Sun at his birth that Caesar Augustus claimed as evidence of his own destined royalty, to argue how such an alignment of planets was well established at that time as a sign of kingship.

And Molnar points out that the key to the alignment was having the planets rise with the Sun — what is called a heliacal rising. Such conjunctions of planets and Sun were long considered significant. For example, the rising in August of the bright star Sirius of the constellation Canis Major, the Big Dog, was a sign to the Egyptians to get ready for the flooding of the Nile. (And it’s the origin of our phrase “dog days” for the heat of August). But only an astrologer calculating the planetary positions on paper would know when heliacal occurred, since the presence of the Sun among the planets makes them impossible to actually see.

Molnar then shows that just such an alignment of planets, Venus, Mercury, Jupiter, and Saturn, all rise with the Sun in April of 6 BC… in the constellation Aries.

It sounds convincing to me. But at least two other members of my own community at the Vatican Observatory are absolutely convinced that this theory holds no water, for various historical reasons. I don’t know enough to argue the point with them. Ultimately, I have to concede: I wasn’t there, I don’t know.

Indeed, the bigger puzzle in the story to me is that God — or the Evangelist — would use astrology to announce the coming of Christ.

Astronomers (like me) condemn astrology for the simple reason that it doesn’t work. Our human search for identity and certainty leads us to desperately cling to crutches like this sort of fortune telling; but knowing your “sign” tells you more about your own psychological need to believe in outside forces controlling your life, than anything an astrologer could deduce from that sign.

Christians (like me), and the Jews long before us, condemn astrology for a more subtle reason: even if it worked, it would be wrong. See Deuteronomy (4:19),  or Isaiah (47:10-14), or the Book of Wisdom (chapters 7 and 13).  Though knowledge of the stars and the seasons is wisdom that comes from God, predicting our personal future with astrology is a denial of free will or personal responsibility, and an attempt to make us think we (or the stars) control our fates independent of God.

So why did God choose Magi? How is it that, this one time, their predictions did work? Indeed, it was foreign intellectuals who found the Messiah before all the experts of the Temple. It is just one more example of how God can use even our foolishness, even our astronomy, to lead us to Him.

[We’re all a lot older now… and I have written more things about the Star than I care to recall; click here for a link to some of them…]