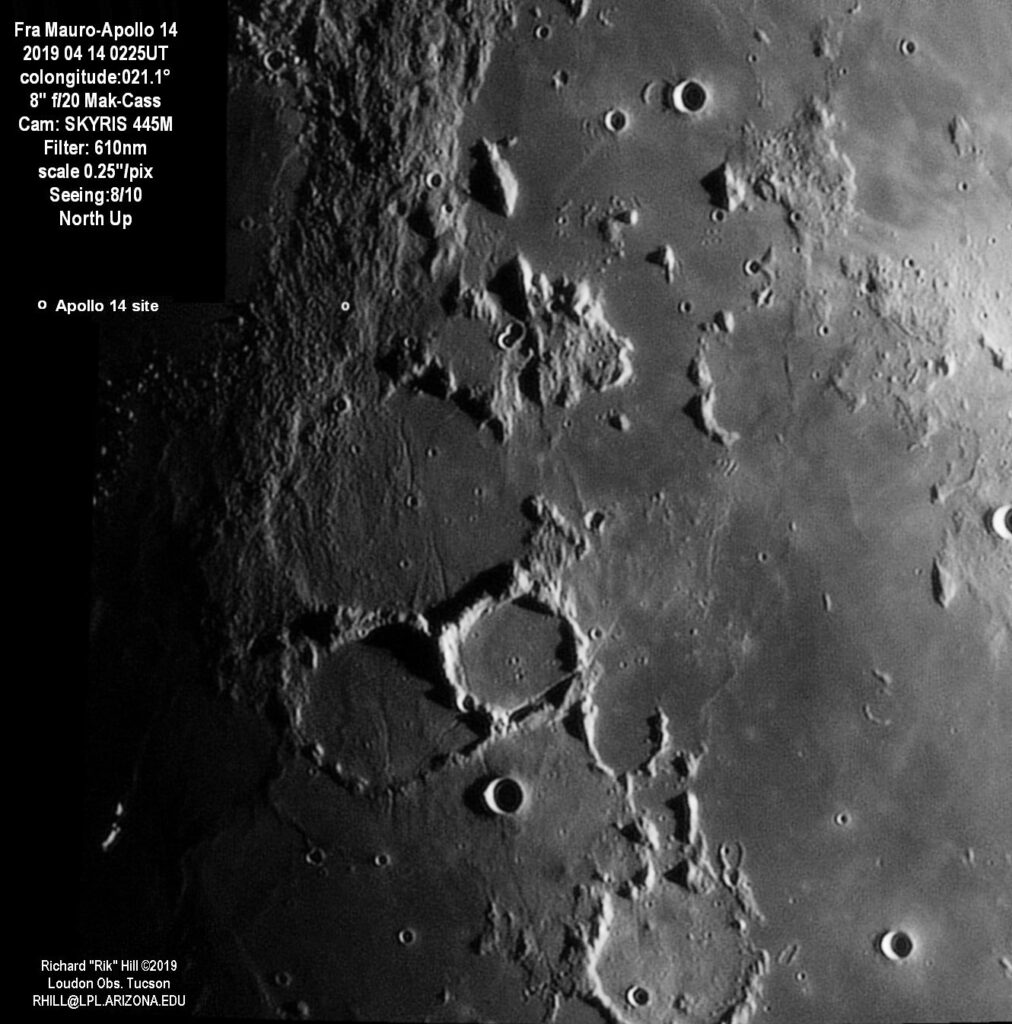 Somewhere near the large crater Fra Mauro are two golf balls. That is what most people remember best from the Apollo 14 mission, the third manned mission to land on the moon. Not only did Commander Alan Shepard hit those two golf balls during over 9 hours of EVA (Extra Vehicular Activity) but they also brought back a then record 42.8kg of rocks. The landing site was north of the crater Fra Mauro (99km dia.) seen here just left of center with a small central crater, Fra Mauro E (4km) in the center and is marked with a small circle in the fairly rugged terrain (compared to the previous two landing sites of Apollo 11 and 12).

Below Fra Mauro are two craters, one with two large rimae almost at right angles to each other. This is Parry (49km) with the Rimae Parry and to the left of it is Bonpland (61km). These three are old craters, maybe over 4 billion years old. Below these ancient rings is a smaller, obviously younger crater, Tolansky (14km) about a billion years younger.

At the bottom of the image is another ruined crater, Guericke (60km). To the right of Guericke is a very young crater Kundt (12km) possibly less than a billion years old. Before leaving this scene look to the upper right of Fra Mauro and the odd mountainous terrain there. The largest mountain, shaped like a spearhead, is Fra Mauro Eta which has a small crater Fra Mauro R (3km) on top (unfortunately in the shadow in this image).  It was speculated, at one time, that this might be a volcanic vent but Lunar Reconnaissance Orbiter Camera (LROC) QuickMap imagery shows it to be little different from surrounding craters of similar diameter.