In light of the fights between faith and science, the Church needs another Thomas Aquinas.  To those who have a passive interest in theology, this sentiment may seem a bit odd.  After all, Thomas Aquinas lived in the 13th Century and many of his writings are intellectual cornerstones for the traditional understanding of God, the Sacraments, Ethics, and Morality.  In addition, Thomas Aqunias’ work was written well before the invention of the modern sciences.  In light of this, one may question whether or not Thomas Aquinas would bring something useful to the modern issues of the relationship between faith and science. 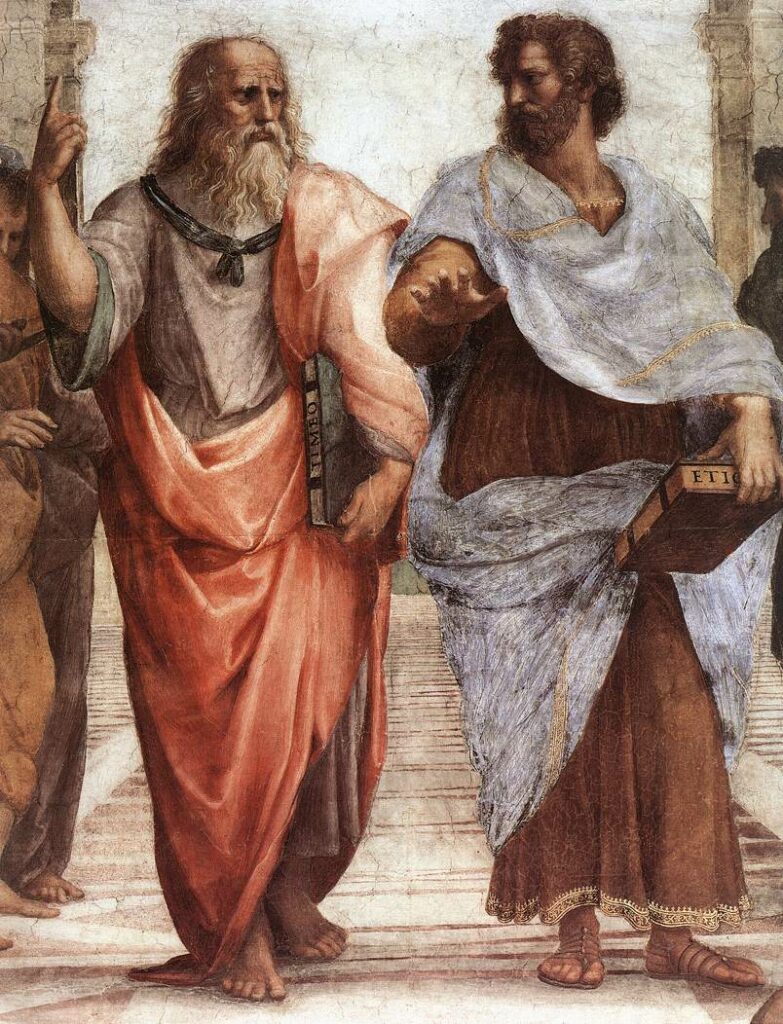 For those who are well-versed in Theology, this sentiment makes a great deal of sense.  In our previous reflections on God and Creation, we have looked at how the Church Fathers explored the intimate connection between the created world and the Divine.  This exploration not only utilized Sacred Scripture, but also incorporated truth that can be found in intellectual traditions outside of the Bible.  In particular, the early Church drew heavily upon the philosophy of Plato, understanding the things of Earth as pointing to a higher, metaphysical form.  What made Thomas Aquinas so ground breaking was that he incorporated the thought of Aristotle as the philosophical underpinning to much of his theology.  Aristotle, one of Plato’s students, chose not to emphasize metaphysical forms, but instead sought to understand metaphysical truth “in the thing itself.”  Therefore, if you were trying to understand a tree, Plato would see in a tree a “shadow” (harkening to his great analogy of the “cave”) of an ideal tree in which all trees point to.  Aristotle, on the other hand, would seek to understand the essence of a tree through studying the tree itself.  This difference in method led to the iconic image of Plato and Aristotle standing side by side in the fresco The School of Athens in which the older Plato is pointing up while the younger Aristotle is depicted as well “grounded” with a gesture insinuating his more “earthy” philosophy.

Aquinas’ philosophical shift was not only academic, but pastoral as well.  Aquinas incorporating Aristotelian logic from Muslim Scholars such as Avicenna, Algazel, Averroes, Avicebron, and Maimonides to assist missionaries in their efforts to defend Christianity.  The primary work that displays this ancient apologetic is Thomas Aquinas’ Summa Contra Gentiles.  The genius of Aquinas in his approach to Aristotle was that he not only understood Aristotle in a pure sense, apart from the Muslim (and Jewish) scholars of the time, but he also was able to demonstrate how Christian theology was consistent with the logic of Aristotle, strengthening the defense of Christianity with the very logic that was being used by those who opposed the faith.  A well known application of Aristotelian logic in the theology of Thomas was his use of matter and form in relation to the transformation of the bread and wine into the Body and Blood of Christ we call Transubstantiation.  Aristotelian philosophy is in the background as Thomas explains the complete change of the substance of the bread and wine into the Body and Blood of Christ while the appearance, or accidence to borrow from Aristotle, of bread and wine still remain.  Therefore, the Total Christ is present under the appearance of bread and wine.  Another example would be Aristotle’s understanding of motion as something “moves” from potentiality to actuality.  It would take a long time to detail all the finer points of this relationship, but, for now, check out this video from Bishop Barron for a summary of this relationship.

So, how does this apply to my original statement that some think that, in light of the tension between faith and science, we need another Thomas Aquinas in our modern times?  The connection is that many people rush to the presumption that, just as Thomas was able to develop a defense of Christianity through the use of the very philosophical categories that were being used to attack Christianity, so, too, should someone in our time develop a defense of Christianity by using the very logic of science, showing that Christianity is able to assimilate the sciences in a way similar to how Thomas Aquinas assimilated Aristotle.  Though this may seem reasonable on the surface, there are some real problems with this line of thought.  The primary challenge is that both philosophy and theology deal with transcendental categories such as meaning, purpose, goodness, and beauty, while science intentionally brackets these categories to focus solely on the measurable and empirical.  Therefore, there is an essential piece missing in the relationship between faith and science that makes assimilation in either director rather difficult and potentially dangerous.  In light of this, I am pessimistic that a Thomas-like assimilation of faith and science will happen or is even possible. 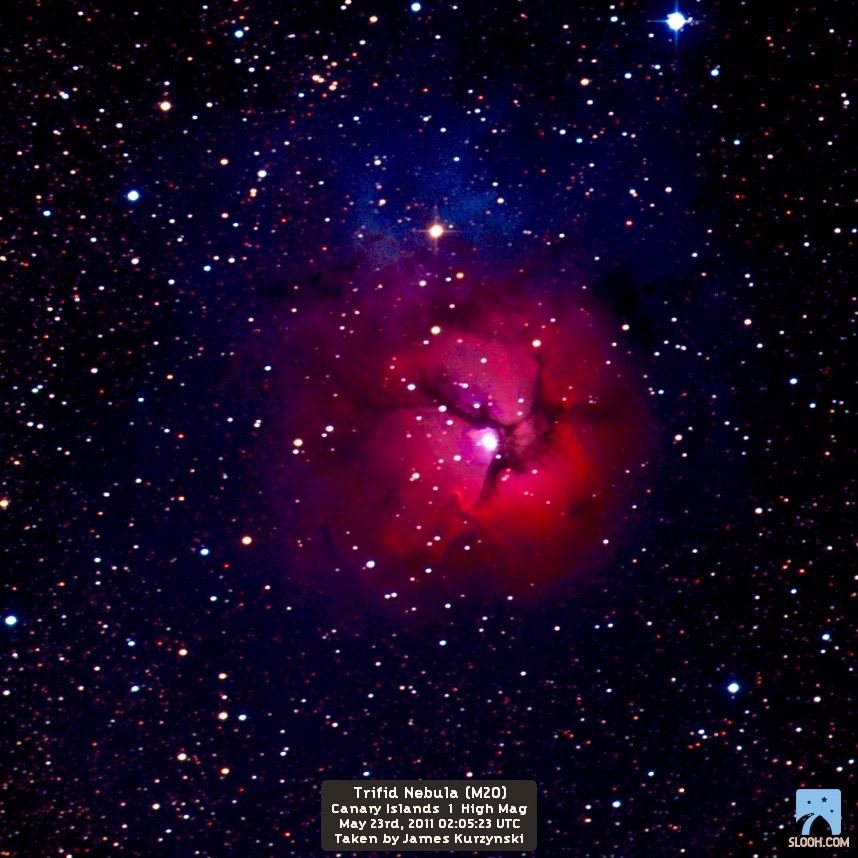 One of my favorite objects, the Trifid Nebula. Though digitally altered, this object always evokes a sense of Awe and Wonder in me. Credit: Slooh.com

So what, then, is the solution to our cultural tensions between faith and science?  As I have argued before, the best approach is to let science be science and theology be theology.  In doing so, I find three themes that emerge which can accompany faith and science in their mutual desire for truth: Humility, Pilgrimage, and Awe and Wonder (or Fear of the Lord).  I have shared these categories with you before, but when we look at faith and science, they begin with Humility, realizing that we are part of something that is far greater than what we can comprehend.  This humility brings us to the humus in Latin, or “to the Earth,” in which we come to realize that we are small in the material sense and called to embrace smallness of heart in the spiritual life, allowing Christ to lift us up.  This awareness calls us to Pilgrimage or exploration to help us better understand the world we live in and the God whom we love.  This journey changes us, helps us understand new possibilities, and opens us to new ways of thinking.  At the end of this pilgrimage, we discover Awe and Wonder, contemplating the inescapable beauty of creation and the glorious “transcendent horizon” in which we stand upon the great mountain of faith, reaching one hand to this world and the other hand to God (borrowing an image from Karl Rahner).

What I find interesting about exploring the categories of humility, pilgrimage, and awe and wonder is that, at their end, they express what the theological tradition names Fear of the Lord – Being reduced to awe and wonder before the glory of God.  As the Psalmist states, “The fear of the LORD is the beginning of wisdom.” (Psalm 111:10)  Therefore, this accompaniment between faith and science does not bring us to an end, but to a beginning.  We find in this mutual exploration an understanding of reverence in the broad sense for the world that God has created, but then points us to plumb deeper into the transcendental “ocean” of God’s love and mercy.  Yes, sin creates difficulties in this exploration, necessitating the gift of grace so we may be strengthened on this pilgrimage.  Yet, the fact the world can be known shows that God wants the world to be known (borrowing a thought from Fr. Gabor, SJ).  I find it fascinating that, despite the logical desire to discover a move of assimilation between faith and science in a way indicative of the intellectual tradition of the past, the healthiest relationship between these two great disciplines is to allow each to be itself, leading us to a common beginning, standing in awe and wonder of creation and Creator, being called to continue our life’s pilgrimage as we encounter truth, goodness, and beauty.