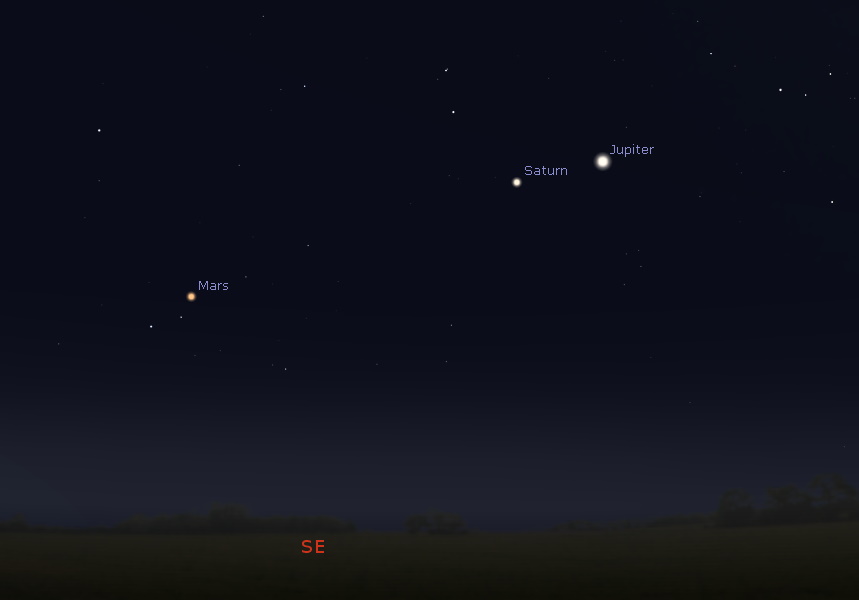 I’ve been having a pretty rough time since the recent loss of my brother – thank you for the kind thoughts. I’ve been an avid computer gamer ever since the first computer games existed; I’ve recently started playing No Man’s Sky, a futuristic space exploration and survival game with more worlds than I could explore in my lifetime – it’s providing the distraction my mind needs right now.

The conjunction of Mars, Jupiter and Saturn continues in the southeastern predawn sky – Mars has pulled far away from Saturn and Jupiter.

Venus appears in the western sky at dusk accompanied by Betelgeuse and Capella. 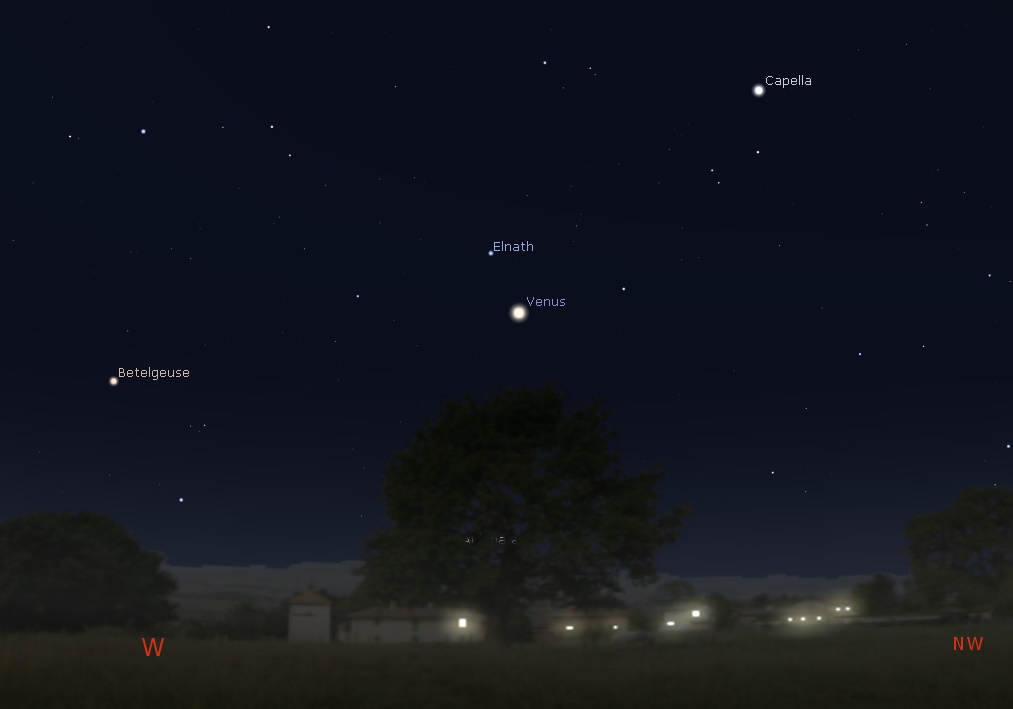 The Moon appears between the stars Regulus and Pollux high in the southwestern sky after sunset on April 30th, and very near the star Regulus on May 1st.

The first quarter Moon occurs on May 1st, it will be visible high in the southern sky in early evening.

After May 1st, the Moon will be a waxing gibbous, visible to the southeast in early evening, and up for most of the night.

We are on our way to the Moon! In this new era of space exploration, we have selected three U.S. companies — @blueorigin, @Dynetics & @SpaceX — to develop human landers that will land #Artemis astronauts on the lunar surface.

The Sun has a spot! AR2760 is a member of the the Solar Cycle 25. Coronal holes remain open at both poles – the northern coronal hole seems a bit lop-sided.

Lots of prominence activity on the Sun’s limb over the last couple days – several that appear for only one frame of the video below.

Well, I guess I’ll be updating my lectures about asteroids and meteorites!

Terrible Luck. The Only Person Ever Killed by a Meteorite – Back in 1888 https://t.co/PSkA14MC58 By @Nancy_A pic.twitter.com/JSGu5kRgh9 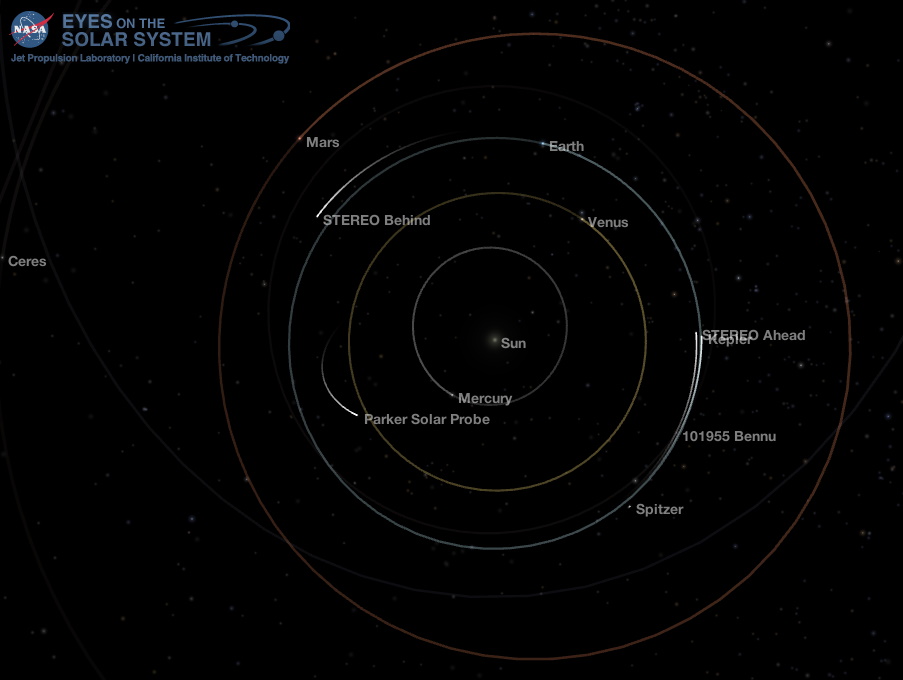 Position of the planets and a couple spacecraft in the inner solar system, 2020-04-29. Credit: NASA Eyes on the Solar System / Bob Trembley. 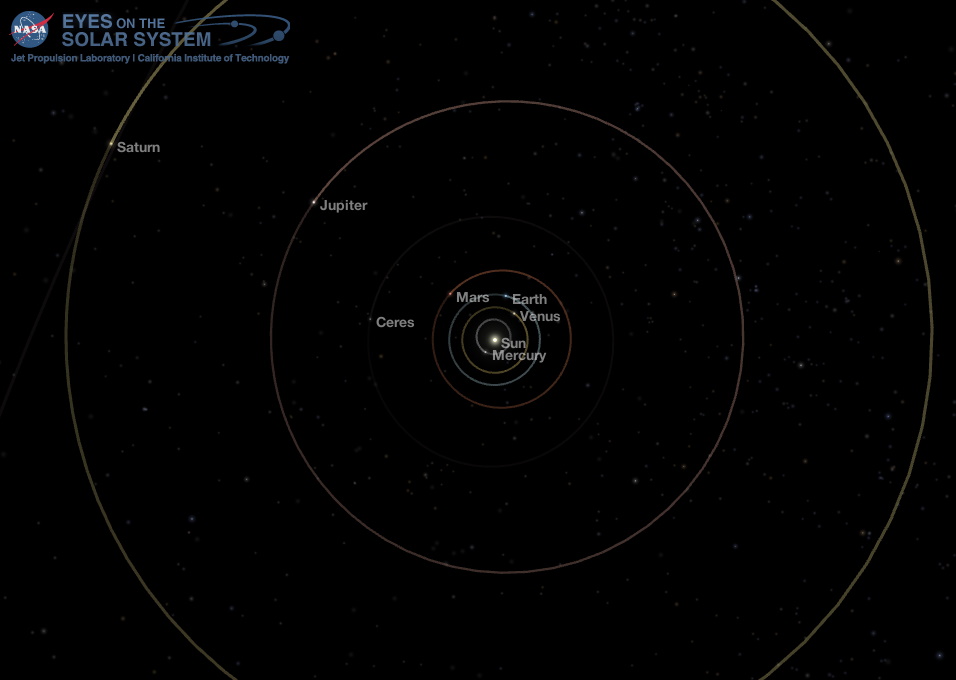 Position of the planets in the middle solar system, 2020-04-29. Credit: NASA Eyes on the Solar System / Bob Trembley.

Position of the planets some transneptunian objects in the outer solar system – the orbit of TNO Arrokoth is highlighted. 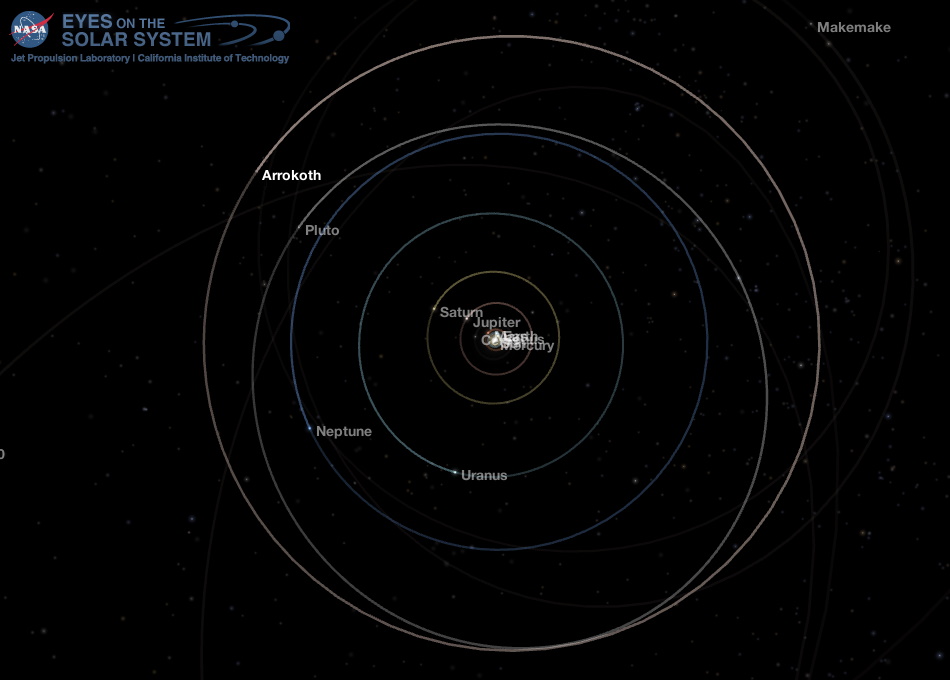 Position of the planets in the outer solar system on 2020-04-29 – the orbit of transneptunian object Arrokoth is highlighted.. Credit: NASA Eyes on the Solar System / Bob Trembley.

It’s the last day of #NationalPoetryMonth! As a final celebration, caption this anaglyph with a poem or share some of your favorite lines ??

What has Hubble discovered recently? What kinds of light does Hubble see? How do we control the telescope? Hubble senior project scientist Dr. Jennifer Wiseman answers these questions & more asked by @NASA social media followers in this #AskNASA episode: https://t.co/BuXzd3Jcap pic.twitter.com/j6WGsaNfZ3

We have updated our "vital sign" dashboard with the latest sea level data, as measured from space ?️ https://t.co/f8Cpqo7QQT

Did you know that a massive 18% of Wales’ land mass is protected from man-made light pollution, being either an IDA Dark Sky Status or Dark Sky Discovery Site? That’s 1million acres of land. The Elan Valley International Dark Sky Park makes up nearly 1% of Wales.?Janice Vincett pic.twitter.com/3Rac21a7Uq

1/2 @NASAWebb will study a bustling stellar nursery in the Orion Nebula with a thousand or so young stars in a space that could fit between our Sun and Alpha Centauri – our nearest neighbor. pic.twitter.com/S8iJMdKLPg

Continuing with my visual tour of nearby stars and their systems, we travel to EZ Aquarii, 11.3 light years distant. 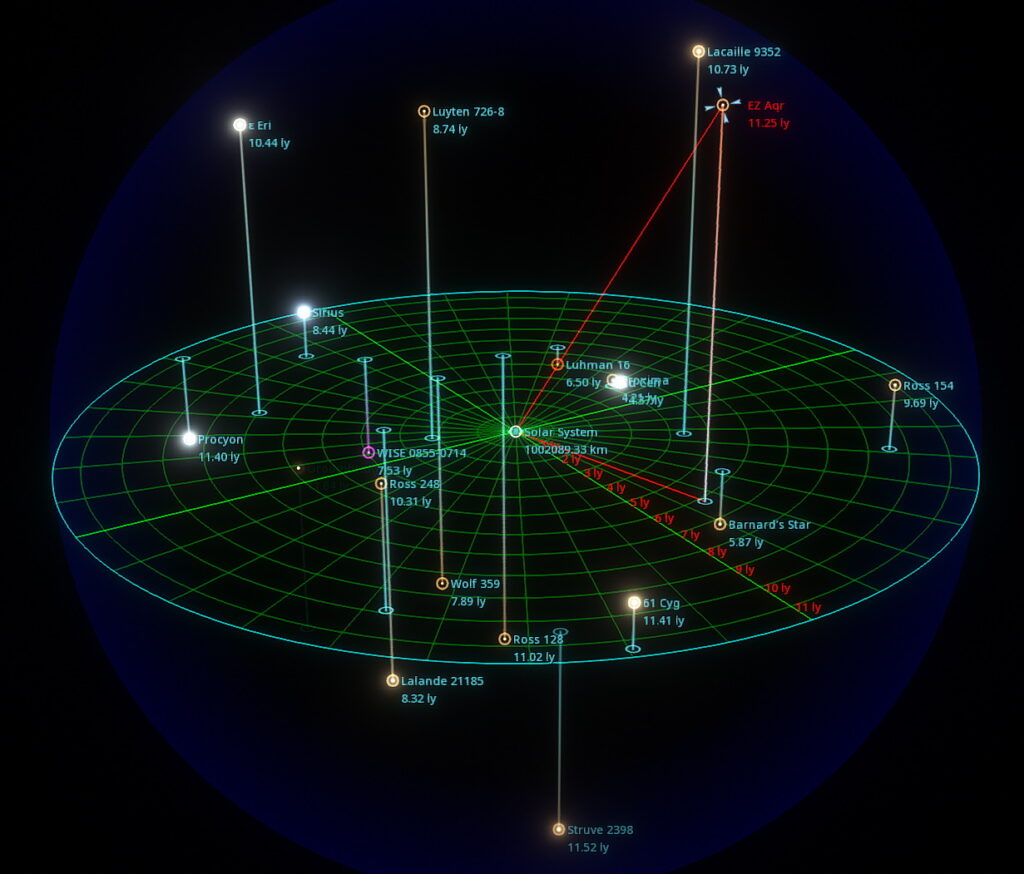 Distance to EZ Aqr from Sol; the plane (green) is aligned with the orientation of the plane of the Milky Way galaxy. Credit: SpaceEngine / Bob Trembley.

EZ Aquarii is a triple star system approximately 11.3 ly (3.5 pc) from the Sun in the constellation Aquarius. It is also known as Luyten 789-6 and Gliese 866 and all three components are M-type red dwarfs. The pair EZ Aquarii AC form a spectroscopic binary with a 3.8-day orbit and a 0.03 AU separation. This pair share an orbit with EZ Aquarii B that has an 823-day period. The A and B components of Luyten 789-6 together emit X-rays.

The configuration of the inner binary pair may permit a circumbinary planet to orbit near their habitable zone. EZ Aquarii is approaching the Solar System and, in about 32,300 years, will be at its minimal distance of about 8.2 ly (2.5 pc) from the Sun. The ChView simulation shows that currently its nearest neighbouring star is Lacaille 9352 at about 4.1 ly (1.3 pc) from EZ Aquarii. .– Wikipedia 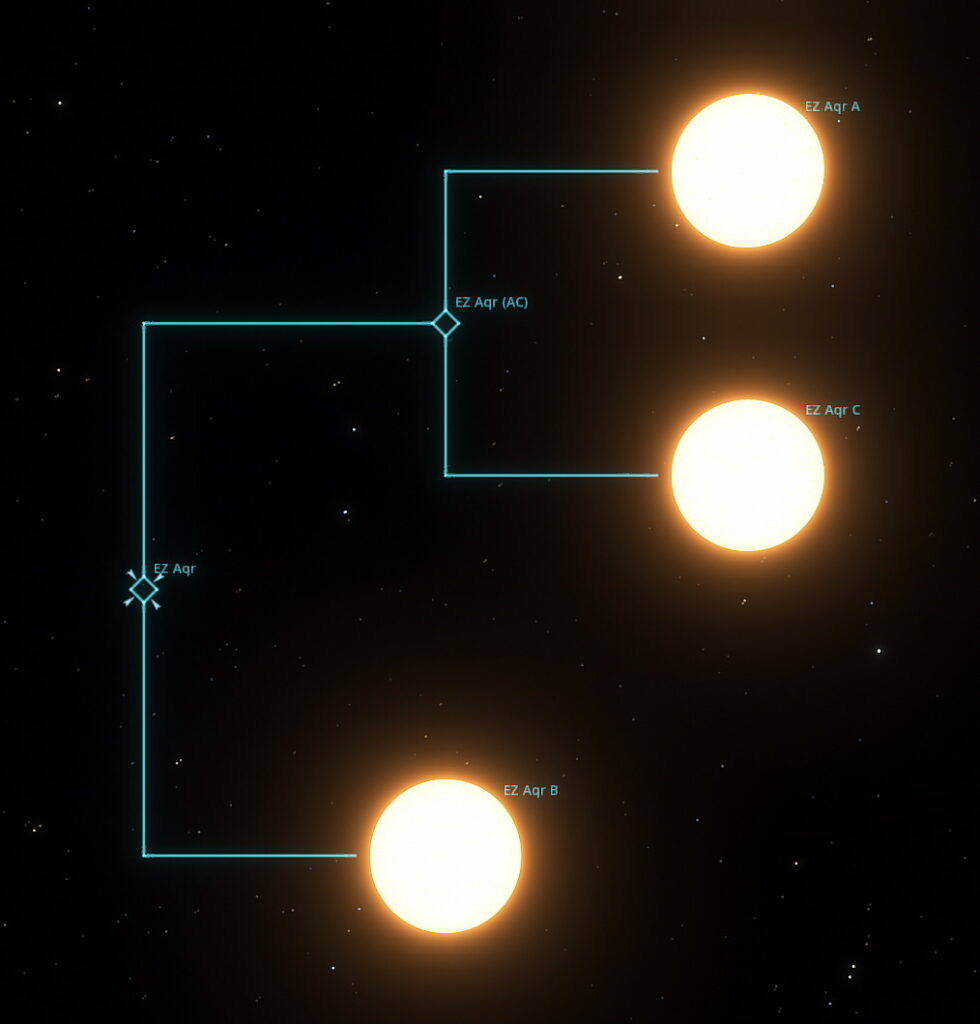 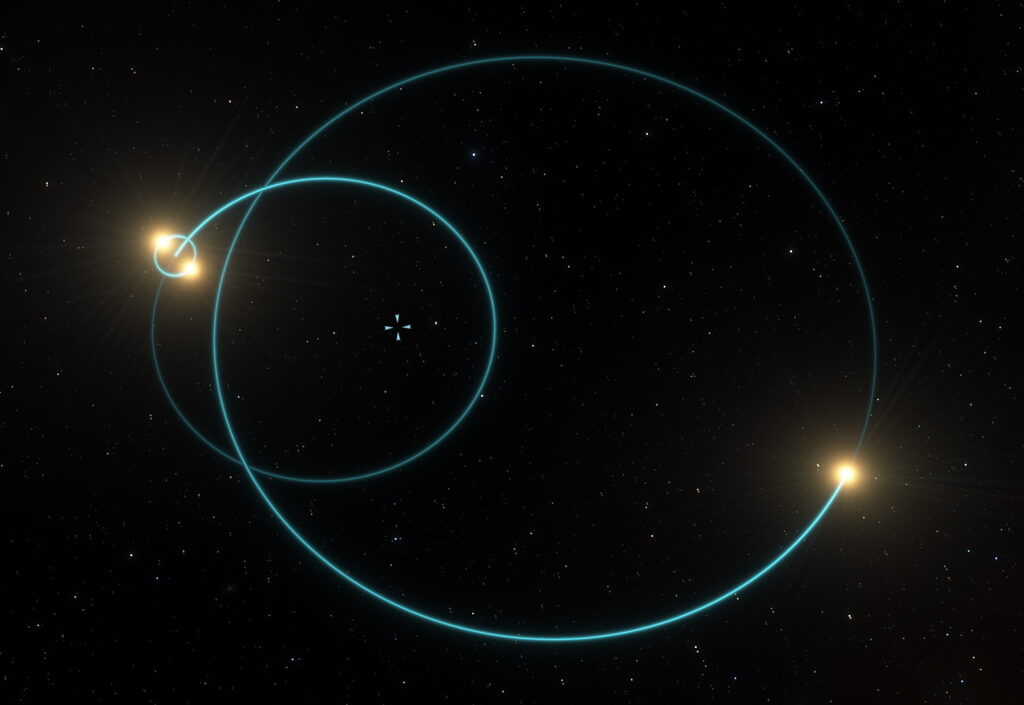 Top-down view of the orbits of the stars in the EZ Aqr star system in 2020. Credit: SpaceEngine / Bob Trembley. 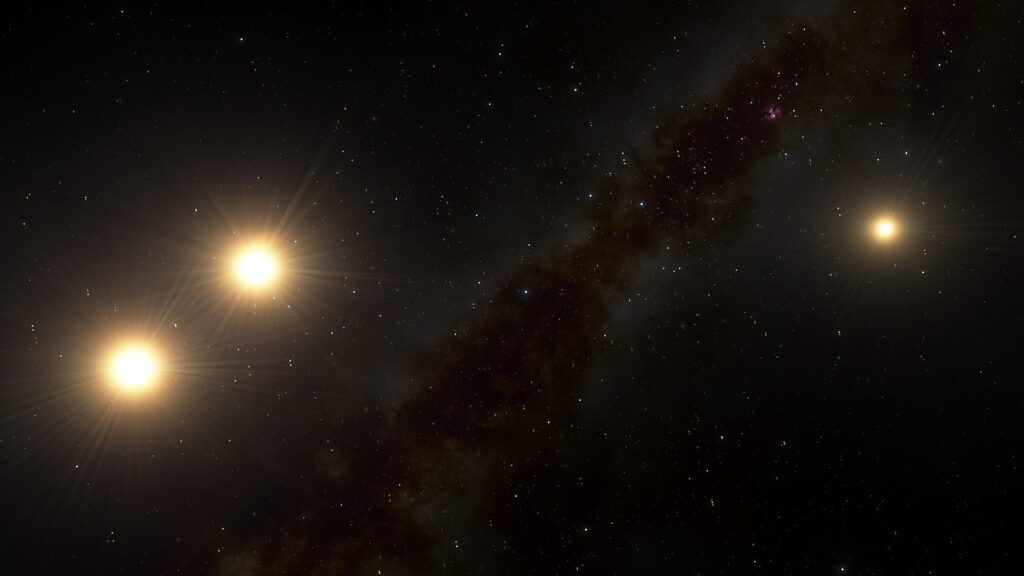