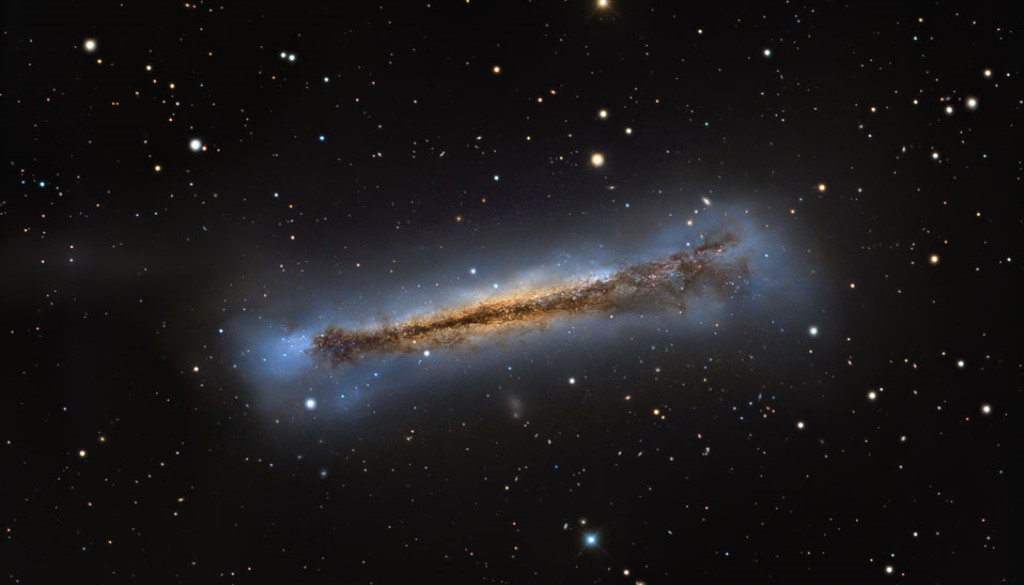 There’s a helicopter on Mars!

The Ingenuity rovercraft has unfolded from the bottom of the Perseverance rover, and been dropped onto the surface of Mars. The craft survived its first frigid night on Mars; there is to be more testing of the power system and rotor blades before its first flight – scheduled for no sooner than April 11th.

Mars appears near the constellations Orion and Taurus high in the western sky after sunset all week.

The new Moon occurs on April 12th – it will not be visible between April 10-13th.

The Sun has 1 named sunspot – it’s small, and will soon be rotating out of view

GEOMAGNETIC FORECAST: Today Earth’s polar magnetic field could be disturbed by the arrival of a minor solar wind stream. ETA: April 6th or 7th. The gaseous material is flowing from a southern hole in the sun’s atmosphere. Sky watchers around the Arctic Circle should be alert for auroras mixed with waxing Spring twilight.

Light coronal loop activity; several small coronal holes pepper the Sun’s facenear the equator seem to want to merge, but never actually do – that whole region just looks like it’s boiling! The hole at the Sun’s south pole is smaller than last week, and is about the same size as the northern hole.

Continuous prominence activity for the last couple days – the one in the upper right is very active!

What do spiral galaxies look like sideways? Featured is a sharp telescopic view of a magnificent edge-on spiral galaxy NGC 3628, a puffy galactic disk divided by dark dust lanes. Of course, this deep galactic portrait puts some astronomers in mind of its popular moniker, The Hamburger Galaxy.

The tantalizing island universe is about 100,000 light-years across and 35 million light-years away in the northern springtime constellation Leo. NGC 3628 shares its neighborhood in the local Universe with two other large spirals M65 and M66 in a grouping otherwise known as the Leo Triplet. Gravitational interactions with its cosmic neighbors are likely responsible for the extended flare and warp of this spiral’s disk.

Stellarium v0.21.0 was released on March 28th – there are numerous updates and features; the developers mentioned that they have published a scientific paper about the application of Stellarium in cultural astronomy: https://doi.org/10.1558/jsa.17822