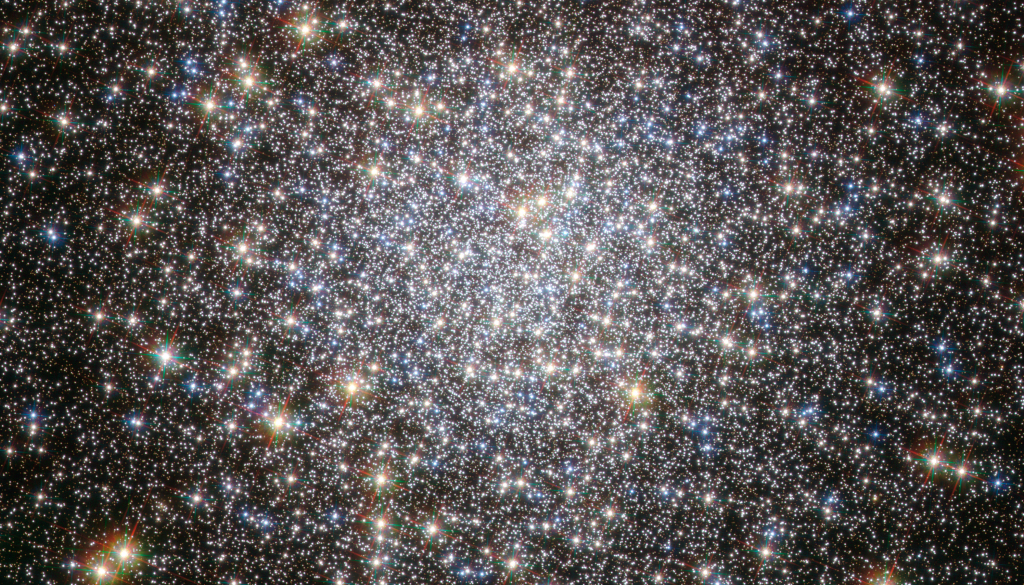 I told students in my after-school astronomy and space science club about Laika and other space test animals.

One student asked “Did the dog make it back OK?” I shook my head and gave her a very sad look – this was not the answer she was expecting…

I went on to discuss some of the other animals that have been sent into space – did you know that 2 Horsfield’s tortoises were some of the first animals to go on a trip around the Moon?

I also discussed the newly discovered exoplanet, Proxima d, orbiting Proxima Centauri. I said that this planet was likely tidally-locked to Proxima, and asked the students what that would mean if I was standing on the planet? A student got it in one! She said “the sun would never set.” I was so happy! For more info and images of Proxima d see the Exoplanet section.

Jupiter now appears very low in the western sky at dusk – it may be hard to spot after Feb. 20th.

Mercury, Venus and Mars continue to appear in the southeastern predawn sky all week; I showed this to students in my after-school club – I told them this was an “accident-causer” because it’s pretty stare-worthy for early morning drivers.

The nearly Full Moon appears in the eastern sky after sunset with the star Regulus on Feb. 15th.

The Full Moon appears ~4° 52′ from the star Regulus in the eastern sky after sunset on Feb. 16th.

The Moon appears in the southern sky near the star Spica in the early morning hours on Feb. 20th & 21st.

The Sun has five named sunspots, with a large plage rotating out of view (right side of image).

The Sun seen in 193 angstroms on February 14th.

The south pole coronal hole is open, with a large tendril stretching towards the center of the Sun’s face. A smaller coronal hole is rotating into view in the northern hemisphere.

The Sun seen in 304 angstroms on February 14th.

Position of the planets & several spacecraft in the inner solar system on February 15th.

Working out the kinks with sampling crumbly rocks.

Lunar Gateway ESPRIT module to have a room with a view

I added Proxima d to SpaceEngine and took some shots of the planet and system.

The globular cluster Messier 5, shown here in this NASA/ESA Hubble Space Telescope image, is one of the oldest belonging to the Milky Way. The majority of its stars formed more than 12 billion years ago, but there are some unexpected newcomers on the scene, adding some vitality to this aging population. Stars in globular clusters form in the same stellar nursery and grow old together.

The most massive stars age quickly, exhausting their fuel supply in less than a million years, and end their lives in spectacular supernovae explosions. This process should have left the ancient cluster Messier 5 with only old, low-mass stars, which, as they have aged and cooled, have become red giants, while the oldest stars have evolved even further into blue horizontal branch stars. Yet astronomers have spotted many young, blue stars in this cluster, hiding amongst the much more luminous ancient stars.

Astronomers think that these laggard youngsters, called blue stragglers, were created either by stellar collisions or by the transfer of mass between binary stars. Such events are easy to imagine in densely populated globular clusters, in which up to a few million stars are tightly packed together. Messier 5 lies at a distance of about 25 000 light-years in the constellation of Serpens (The Snake). This image was taken with Wide Field Channel of Hubble’s Advanced Camera for Surveys.

The picture was created from images taken through a blue filter (F435W, coloured blue), a red filter (F625W, coloured green) and a near-infrared filter (F814W, coloured red). The total exposure times per filter were 750 s, 400 s and 567 s, respectively. The field of view is about 2.6 arcminutes across. – NASA

Messier 5 is one of the larger globular clusters known, spanning about 165 light years in diameter. The cluster has a tidal radius of 202 light years. Member stars are gravitationally bound to it within this space and can’t be torn away from the cluster by the gravitational pull of the Milky Way.

The cluster has an ellipsoidal rather than spherical shape. It is receding from us at about 52 km/s. The compact core region is about 6 light years in diameter, corresponding to an angular size of 0.84′.

Messier 5 was discovered by the German astronomer Gottfried Kirch on May 5, 1702 while observing a comet. He believed it was a star with nebulosity.

Charles Messier found the object on May 23, 1764, and described it as a nebula without stars. He wrote, “Beautiful Nebula discovered between the Balance & the Serpent, near the star in the Serpent, of 6th magnitude, which is the 5th according to the Catalog of Flamsteed [5 Serpentis]: it doesn’t contain any star; it is round, & one sees it very well, in a fine sky, with an ordinary refractor of 1-foot [FL]. ” – messier-objects.com