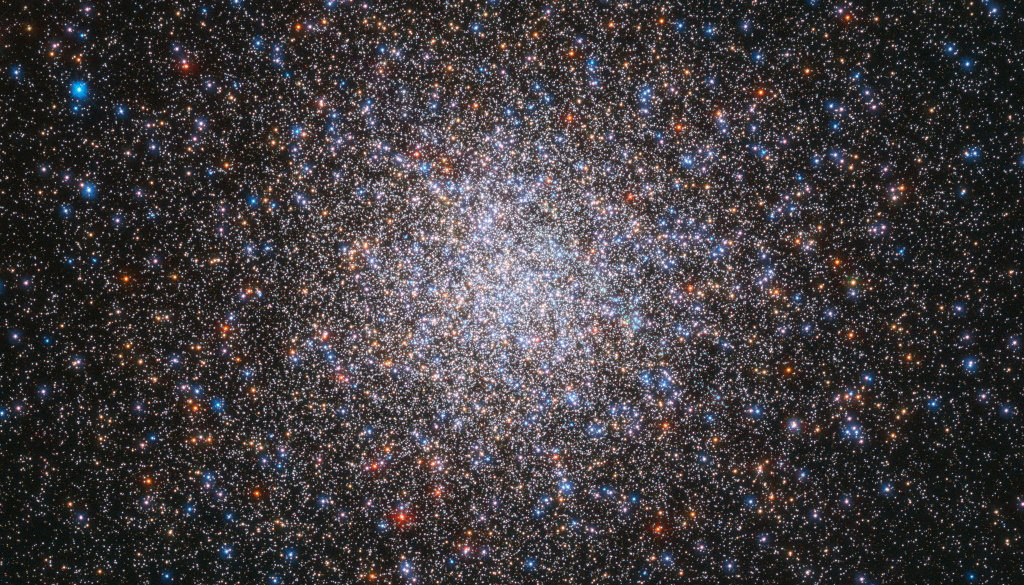 What got you into astronomy?

In a recent meeting of the Warren Astronomical Society, I had numerous members tell their story of how they got into astronomy. Some (like myself) have been into it for as long as they can remember, others got into it after they retired, some had parents, scout troops and friends introduce them to the night sky. Any age is the right age to get into astronomy!

During that same meeting, I posted a link to the Worldwide Telescope web client into the session’s chat – one of the older society members absolutely gushed over how cool it was. This prompted me to ask the AAS if anyone could give a lecture to the W.A.S. about the Worldwide Telescope – I have them scheduled for the June 6th meeting!

Jupiter appears in the southwestern sky after sunset this week; Saturn has vanished into the glare of the Sun.

Venus and Mars appear in the southeastern predawn sky all week; the Moon appears near the star Antares on Jan 27th.

The Moon appears between Mars and the star Antares on Jan 28th.

The Moon appears near Mars on Jan 29th.

The east-southeastern sky after sunset is filled with bright stars and constellations from horizon to zenith!

Spaceweather.com says “There won’t be any geomagnetic storms this week. However, there might be geomagnetic unrest. NOAA forecasters expect a pair of CMEs to pass by Earth on Jan. 26th delivering, at most, glancing blows. The two close encounters could be just enough to energize Arctic auroras without igniting a full-fledged storm.”

Several interesting areas of coronal loop activity; you can see the Sun’s magnetic field shift a couple times due to some event.

Lots of prominence activity – that new sunspot that is rotating into view is spitting like mad!

Position of the planets & several spacecraft in the inner solar system on January 25th – I note that Kepler and Spitzer are no longer shown by the Eyes app.

Position of the planets in the outer solar system – from this perspective, it looks like both Voyager 2 and New Horizons are heading in the same direction.

Oblique view of the planets in the outer solar system – from this perspective it can be seen that Voyager 2 and New Horizons are heading different directions.

View of the solar system from the Voyager 2 spacecraft – I had to turn on flood-lighting, otherwise the rear side of the spacecraft so dark, you can barely see it.

OOOH Man! My wife an I LOVED seeing these types of aurora doming overhead when we were up at Michigan Tech!

Be a NASA Intern! My wife’s BFF’s daughter interned at NASA – I wish I had when I was out of college!

Star clusters are commonly featured in cosmic photoshoots, and are also well-loved by the keen eye of the NASA/ESA Hubble Space Telescope. These large gatherings of celestial gems are striking sights — and the subject of this Picture of the Week, Messier 2, is certainly no exception. Messier 2 is located in the constellation of Aquarius (The Water-Bearer), about 55 000 light-years away.

It is a globular cluster, a spherical group of stars all tightly bound together by gravity. With a diameter of roughly 175 light-years, a population of 150 000 stars, and an age of 13 billion years, Messier 2 is one of the largest clusters of its kind and one of the oldest associated with the Milky Way. Most of the cluster’s mass is concentrated at its centre, with shimmering streams of stars extending outwards into space. It is bright enough that it can even be seen with the naked eye when observing conditions are extremely good. – NASA