A dimming Mars, and a bright Mercury appear low in the west-northwestern sky at dusk.

A dim Mars and a bright Mercury in the west-northwestern sky just before sunset on June 11th. Credit: Stellarium / Bob Trembley.

The Moon appears near the star Spica on June 15th and 16th.

The Moon appears near Jupiter and the star Antares on June 15th and 16th. 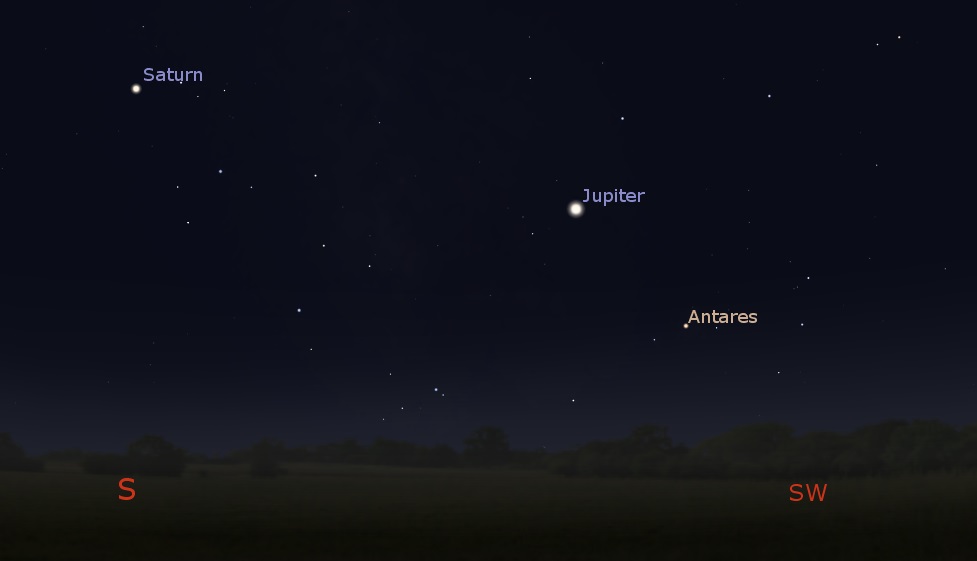 Venus is very low on the horizon just before sunrise all week.

The Summer Triangle is an astronomical asterism in the northern celestial hemisphere. The defining vertices of this imaginary triangle are at Altair, Deneb, and Vega, each of which is the brightest star of its constellation (Aquila, Cygnus, and Lyra, respectively).

The term was popularized by American author H. A. Rey and British astronomer Patrick Moore in the 1950s. The name can be found in constellation guidebooks as far back as 1913. 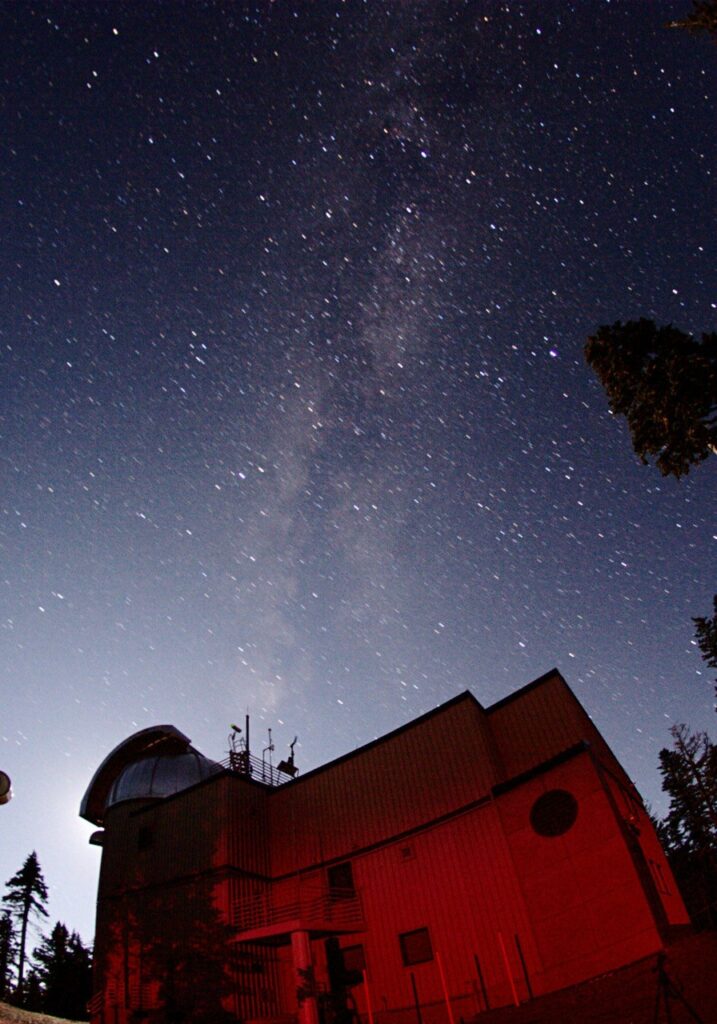 Summer Triangle over the Vatican Advanced Technology Telescope – see if you can spot it through all the stars! Credit: Jim Scotti.

There is a very detailed article about the Summer Triangle at Sky and Telescope.

The Moon is a waxing gibbous, just past first quarter – it will be visible to the southeast in early evening, and up for most of the night.

The full Moon occurs on June 17th, rising with the sunset, visible high in the sky around midnight, and visible all night.

I will not be posting ANY Moon news this week…

The Sun has been spot-free for 23 days. The “something with a lot of coronal loop activity” that rotated into view last week is still there, and will soon be rotating out of view. Coronal holes remain open at both poles – a long tendril stretching from north polar region towards the equator:

SpaceWeather.com says: “A stealthy CME might hit Earth’s magnetic field on June 12th. Four days ago a magnetic filament on the sun exploded. No CME was observed leaving the blast site, but NOAA forecasters think it might exist anyway–a faint storm cloud moving slowly across the sun-Earth divide. If the CME does exist, its impact could spark minor geomagnetic storms and high-latitude auroras on Wednesday” 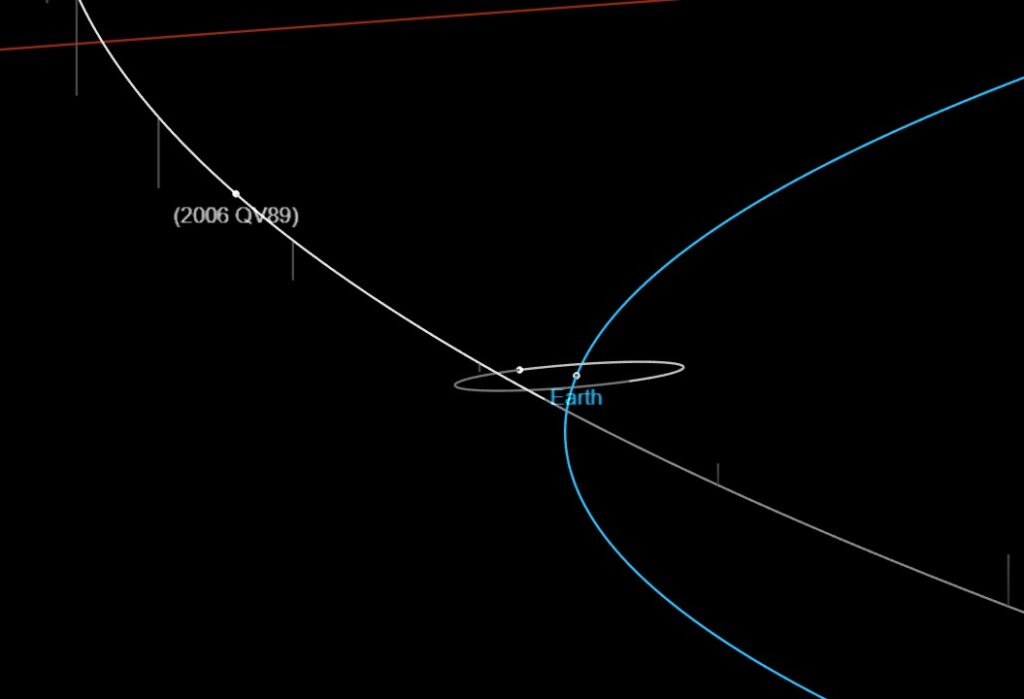 A new analysis of data from NASA’s Cassini spacecraft indicates the presence of large organic molecules on Enceladus, something not found on the moon before. https://t.co/w1rG35fKi9

NASA will open up their part of the ISS to private astronauts – up to $22,500 a day, but you have to get there first – https://t.co/PoiqLLFyhg pic.twitter.com/5Ea13KXB6v

Sometimes the image speaks for itself … pic.twitter.com/m3ZIUNcy8P

Whether you're a crater fan or a boulder fan — I got you. Sometimes you really can have your cake and eat it too.

We've seen this crater before, but not from this angle and not with the view of those stairstepping boulders behind it.https://t.co/ytBJ8xZror pic.twitter.com/rnGf1sbxeF

Juno Looks into the Abyss!

Beautiful abyss: I captured this view of a dark-centered vortex on May 29, as I performed my 20th science flyby of #Jupiter. See details at https://t.co/FlnWfX0nXe pic.twitter.com/x2Kw8o7gKb

Looks like a 5-micron hot spot; a long-known Jupiter phenomenon which is a temporary hole in the cloud cover. Dark at visible wavelengths (a hole in upper clouds) but clear so warmth escapes from deeper layers (hence bright at infrared, which is 5 microns and beyond)

Great idea, @CPOM_news & @UniversityLeeds polar scientist Dr Anna Hogg had the idea to name 7 areas of fast-flowing ice after the eyes in the sky that allow us to study them https://t.co/tutX6oX6V0 @esa_cryosat @CopernicusEU @NASAEarth @NASA_Landsat pic.twitter.com/KDNUOd7j2d 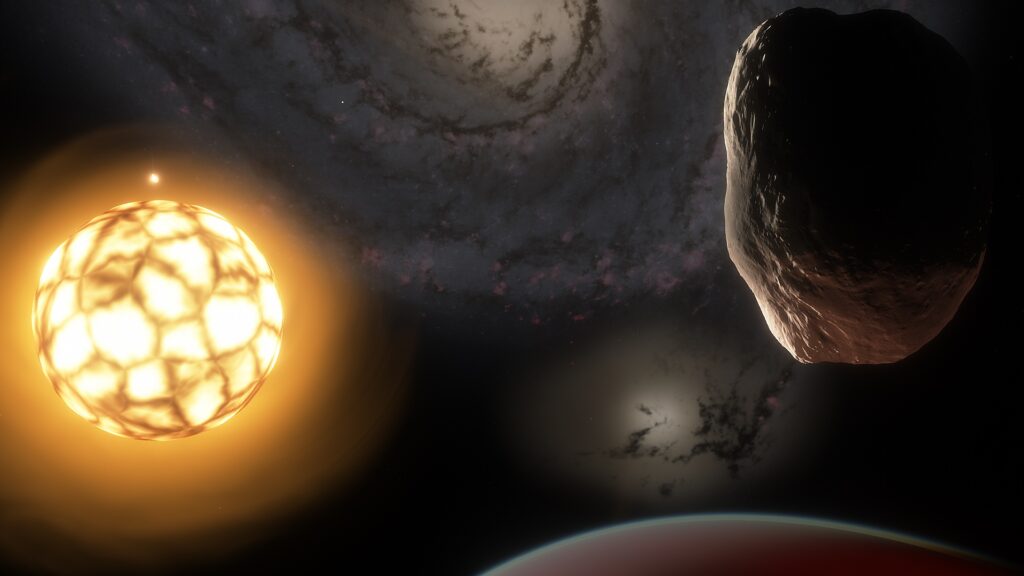 Hypothetical Exoplanet with a tidally-locked exomoon orbiting a red giant star in the Halo of M51. Credit: SpaceEngine / Bob Trembley.

For the 1st time, we've detected a coronal mass ejection from a star other than our own! This event, located 450 light years from Earth, was marked by an intense flash of X-rays followed by the emission of a big bubble of plasma. ?More on these phenomena: https://t.co/L1kULwOdVq pic.twitter.com/ft6S012aAa

SpaceEngine Has Been Released on Steam – TODAY!

We are ready for release! https://t.co/KEnY8PwdfG