Mercury and Mars almost appear to be almost touching low in the west-northwestern sky at dusk on June 18th – don’t miss this conjunction! By next week the two planets will have drifted apart.

Venus appears very low in the east-northeastern sky just before sunrise all week.

Conjunction of Mercury and Mars

As I was writing this, I posted my Mercury-Mars conjunction image from above on Twitter; I noticed a couple different versions of the same image – that kinda settled it as the observing target of the week!

The Moon is a waning gibbous, just past full – rising after sunset, visible high in the sky after midnight, and visible to the southwest after sunrise.

The third quarter Moon occurs on June 25th, rising around midnight, and visible to the south after sunrise.

How do you stock up an outpost that's 250,000 miles away?@NASA is working with American companies to supply the lunar Gateway that will help astronauts land on the Moon by 2024. Learn more! https://t.co/120PJgwIW8 pic.twitter.com/0hVfKbkFvD

Did Monks Witness a Massive Lunar Impact in 1178?

June 18, 1178: 841 years ago #Today, five monks from Canterbury observed the Moon 'splitting in two'. Was this a huge meteor impact? https://t.co/jt6uREcuKV pic.twitter.com/qXT2vF9gga

The Sun has been spot-free for 30 days. Coronal holes pepper the Sun’s southern hemisphere, and although both poles have coronal holes, the south pole hole appears to have grown.

SpaceWeather.com says: “Images of the sun look like a big orange billiard ball–utterly blank. This is a sign of Solar Minimum, a phase of the solar cycle that brings extra cosmic rays, long-lasting holes in the sun’s atmosphere, and a possible surplus of noctilucent clouds“

WOW! Look at that monster prominence on the Sun’s limb evolve over several hours !

#AsteroidDay is for people of all ages! From scientists, technologists, community leaders, and students – anyone interested in learning about asteroids and helping to raise #asteroid awareness! @asteroidday #AsteroidDay2019 pic.twitter.com/lyGI4PzL9H

I will be lecturing at the Cranbrook Institute of Science on June 29th as part of their AsteroidDay event. 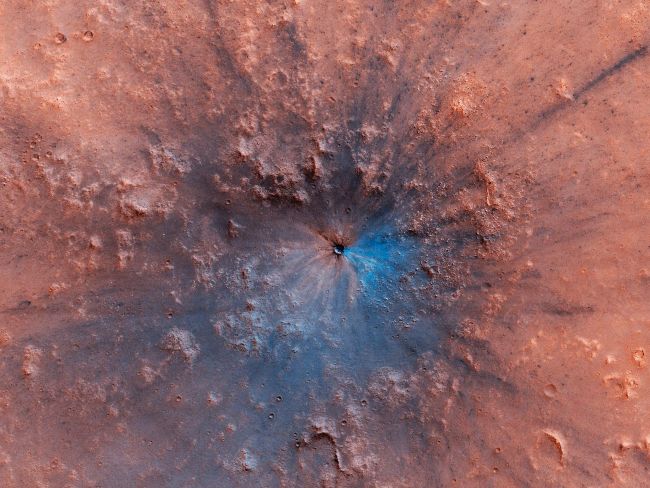 A new crater on Mars, which appeared sometime between September 2016 and February 2019, shows up as a dark smudge on the landscape in this high-resolution photo. Credit: NASA/JPL/University of Arizona

As I often say… NASA is the best brand the United States has. https://t.co/BLewLehnFv

WE DID IT! ??@NASAExoArchive just passed 4000 confirmed exoplanets. There are *4,003* worlds we know about orbiting other stars in our Galaxy. That's 4,003 chances for cyanide skies, lava oceans, magenta sunsets, supersonic cloud streams… 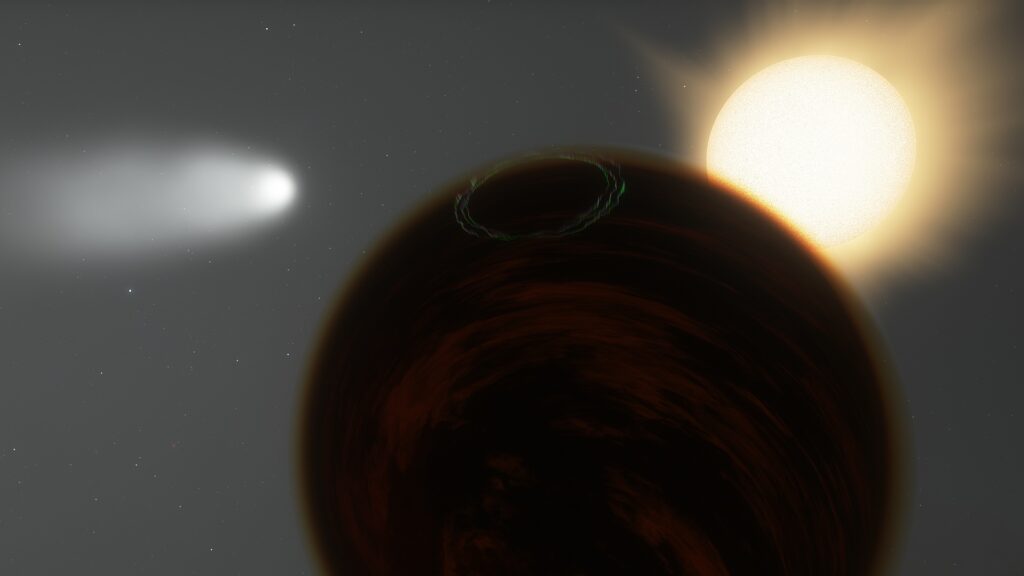 ESA/Hubble #Flashback: In 2013, astronomers highlighted NGC 6753, imaged here, as one of only two known spiral galaxies that were both massive enough and close enough to permit detailed observations of their coronas. https://t.co/dLFiGMKg3K pic.twitter.com/ij8vfCvwCM